The Indianapolis Colts (3-2) have a big game ahead of them Sunday when they host the Cincinnati Bengals (1-3-1) at Lucas Oil Stadium.

Coming off of a loss in Week 5, the Colts are looking to enter their Week 7 bye with a 4-2 record. Vegas certainly thinks they can do so as they are favored heavily at home. The experts around the league also feel the Colts should come away with a win.

Before the Week 6 matchup, we caught up with Chris Roling of Bengals Wire to get the scoop on Indy’s opponent:

We’ll get this one out of the way. How has Joe Burrow looked to begin his career?

Chris Roling: Burrow has been incredibly impressive considering he’s adapting to the pro game without the benefit of a preseason and training camp didn’t see him get a ton of reps with guys like A.J. Green. He’s had some really bad, expected rookie mistakes at times and the Baltimore defense in Week 5 really flustered him. But he’s also attempted more than 60 passes in a game once already and became the first rookie to throw for 300 yards in three consecutive games. Were the line in front of him a little better, he’d be even more impressive. It’s still a developmental year for the whole team, but Burrow is farther along than anticipated.

What is going on with A.J. Green?

CR: So, Green tweaked his hamstring in training camp and didn’t get meaningful reps. He was also out of football entirely since about the middle of the 2018 season. Not only is he just trying to get back to speed, he’s working with a new quarterback for the first time and trying to absorb a new offense courtesy of Zac Taylor. He admitted this week his body language and effort haven’t been the best, so there’s a little bit of everything combining to explain his slow start.

Who is an underrated player on the Bengals defense that Colts fans should know about?

CR: It seems like safety Jessie Bates is finally starting to get the attention he deserves, so let’s roll with third-round rookie Logan Wilson. The linebacker already has two interceptions this year and he’s been an increasingly active player for the unit. He’s one part of the team seemingly figuring out one of its biggest weak points.

What matchup are you most looking forward to watching on Sunday?

CR: It should be fun (in a Bengals sort of way) to see if the offensive line can hold up against that DeForest Buckner-led Indianapolis front. Trey Hopkins has been solid at center and the offensive tackles have steadily improved. But the guards have resembled high-schoolers at times out there, with former first-round pick Billy Price even unable to get on the field because he’s struggled so much. If the guards can’t keep progressing alongside the other three linemen, it’s going to be another brutal day at the office for Burrow, at least in terms of taking unnecessary hits and running for his life.

CR: Burrow has had a borderline unbelievable ability to keep the Bengals in games (besides that disaster against the Ravens). But it’s hard to imagine his offensive line makes steady progress on the road here, so it might resemble a war of futility. And while the defense constricted well against a familiar Ravens opponent, it’s easy to see the rough angles and poor tackling hurt the team again when it matters most. Colts 24, Bengals 20 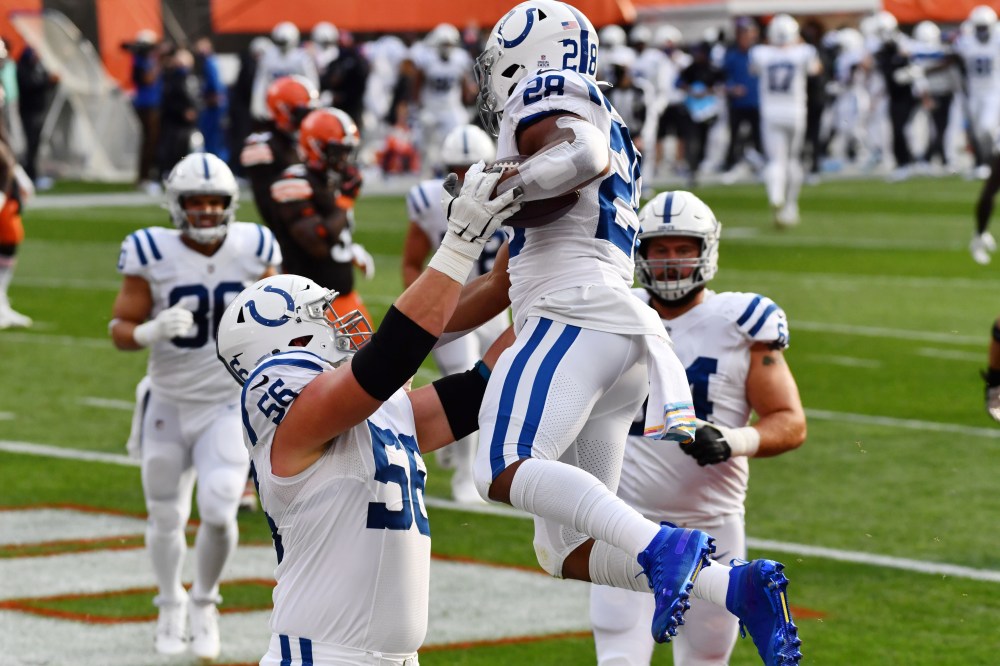