The Indianapolis Colts entered training camp knowing they had the top three wide receiver spots essentially locked in, and there was a good chance Ashton Dulin was going to increase that number to four.

Through the first three training camp practices, Dulin has been an active member of the passing game and is seemingly carving out a bigger role as the No. 4 wide receiver on the depth chart. There may be some tough competition ahead of him, but there’s almost no competition taking his role behind the big three.

“Yeah, I cannot emphasize how strongly we feel about Ashton Dulin and that he’s going to play a role in this offense,” Reich said Saturday night. “He’s proven it, he’s earned it, he’s going to have to continue to prove it and continue to earn it.”

With Michael Pittman Jr., Alec Pierce and Parris Campbell locking down the top three spots in the room, Dulin is right there with them to complete the quartet.

Starting out as an undrafted free agent in 2019, Dulin slowly carved out a role on special teams. He essentially took the “Zach Pascal route” by making a name for himself on special teams and then taking advantage of his opportunities on offense whenever he saw them.

Now, Dulin is entering his fourth season coming off of career-high totals in every receiving category.

Reich, most of all, has been impressed with the toughness, versatility and intelligence that Dulin has brought to the position.

“This guy, he’s another one of these guys – the toughness that he has, he’s smart, he can play all the positions, he knows what to do, he’s a competitor. It’s not too big for him. He’s a playmaker,” Reich said. “We love him. We’re all planning on him making a significant contribution to not only special teams but to the offense this year.”

Dulin does present some upside given his size and speed. At 6-foot-1 and 215 pounds, Dulin entered the league with a 4.43 in the 40-yard dash and a 38-inch vertical.

He’s been a mainstay on special teams for the last three seasons and got some extra run as a receiver in 2021 where he averaged 13.3 yards per reception.

There have been many questions about the depth in the receiver room, but the Colts have made it clear they have confidence in a player like Dulin taking a big step forward.

Through three training camp practices, that confidence seems to be paying off. 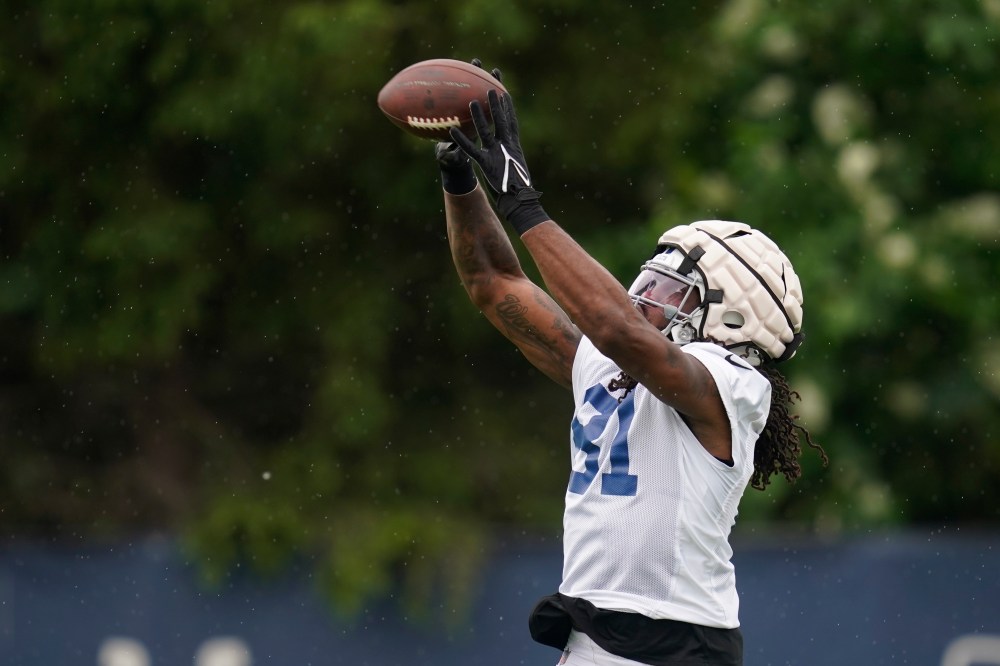