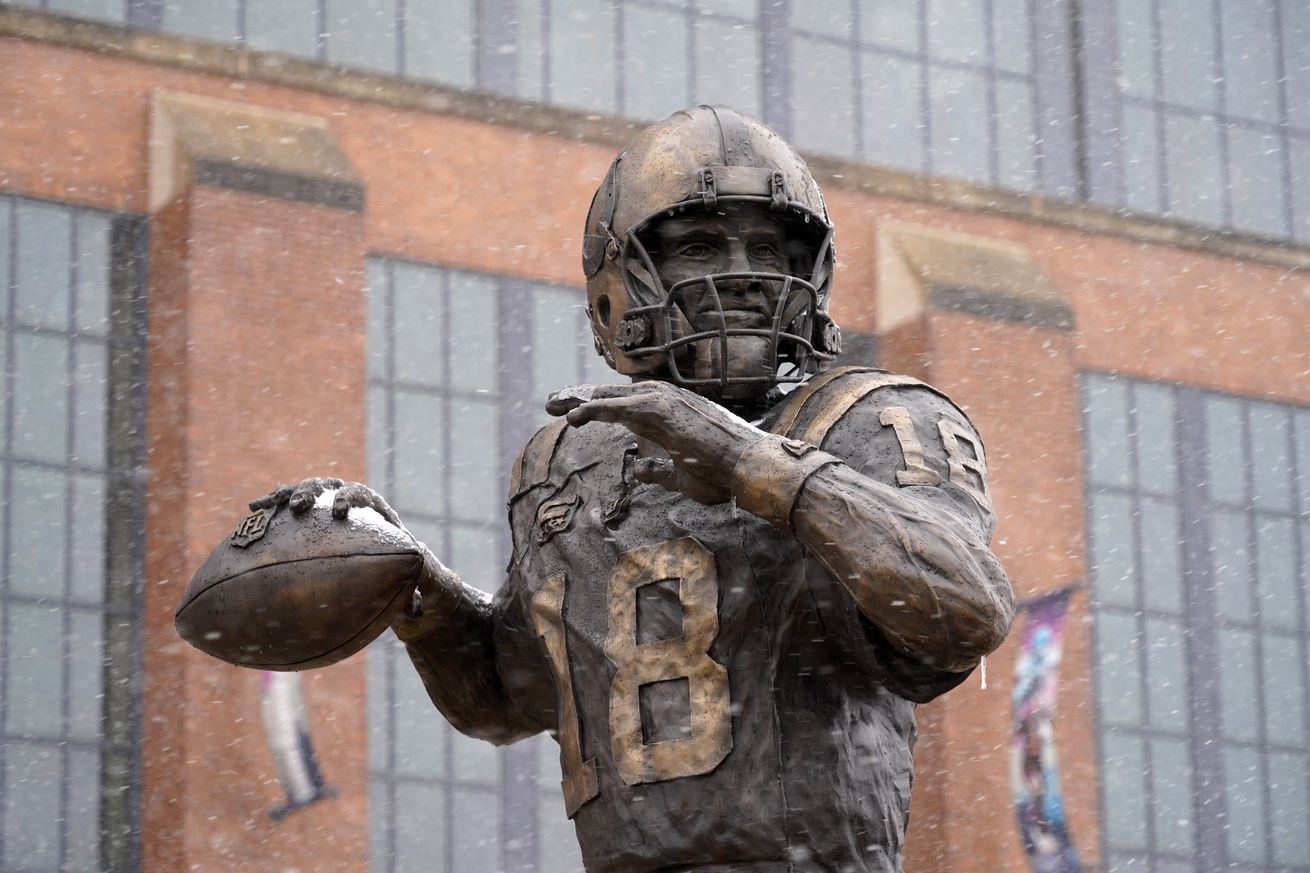 Earlier this year, the NFL shut down their existing APIs and with them, my ability to obtain play level data through the nflscrapR libraries. Because of that, I have spent a not insignificant amount of time transitioning my data to a new source called nflFastR, which has historical data and supposedly will read play level data from the new APIs for the 2020 season (assuming there is one).

This transition is not an insignificant effort as all of my data structure was built around the old data feed. However, the new data has additional measures and a larger historical reach with play level data going back 10 years further to 1999, so I am able to do analysis on most of Peyton Manning’s career.

While my data transition efforts are still far from complete, I was able to at least get the historical data incorporated and working in some of my reporting and I thought I would share some of what I reviewed. There is no narrative thread here, just some random stuff I saw comparing the Colts past to its present and a guess about the future.

Expected Points Added (EPA) is hands down the most descriptive stat for a play’s value in football. Essentially it converts a play’s outcome into point-equivalents and is much less biased than a measure like plain yards.

I have written previously about how EPA per dropback is about the single best QB stat there is and is highly correlated to and predictive of points scored. So, now that I have 10 more years of Manning-era data to play with I wanted to plot the Colts’ historical EPA/db to see how it has trended over time.

I used a rolling average, as the variance between individual games can be so large as to make a long time series chart unreadable. I had previously done some work on how predictive EPA/db is to future wins and found that a 13 week rolling average has the highest correlation to the following week’s points scored. In other words, 13 weeks seems to be the best period to discern “average” play for a team/qb.

So, curve fitting concerns aside, here is the QB efficiency trends for the Colts over the last 20 years. For comparison, the average NFL team’s season EPA/db is about 0.

The dark blue line is QB efficiency which is closely tied to offensive points per game (the light blue line). To say the Colts have seen ups and downs in their QB performance since 2010 is an understatement. Since Manning’s last game, the Colts have been on a roller coaster.

After the initial post-Manning nosedive, Luck clearly had us on the right trajectory. However, some bad games to close out 2014 and an injury-riddled 2015, dropped the Colts back below average.

In fact, when looking at the top 20 cumulative 3 year periods in efficiency, Manning takes up 7 of those 20 spots, although 2 of them came in a Broncos uniform.

His greatness wasn’t limited to just those years either. Since 1999, only Patrick Mahomes and Lamar Jackson have had better career efficiency numbers(2) and they aren’t really comparable with only a couple of years under their belts.

Limiting the data to the QBs that have had at least 1,500 dropbacks(3), no QB was more efficient or scored more points per drive than Manning(4).

In that group, Philip Rivers ranks 5th in career efficiency, so 2020 will likely be a huge improvement over where the Colts ended last year. Of course, Rivers had a down year in 2019, ranking 15th of all QBs(5) and he hasn’t gotten any younger over the off-season, but even if we get 2019 Rivers that will be an improvement.

Between 2001 – 2010, QB efficiency differentials (dark blue line) were pretty tightly tied to win rate (light blue line), but notice between 2012 – 2014 how the win rate was far above the differential. When that happens, it is possible that it is other factors driving wins, like the running game or special teams making up the difference. Alternatively, it could be just blind chance.

Pythagorean Win Rate is a really good formula to estimate how many wins a team “should have” had based off of total points scored and given up for the year(s). Using a Pythagorean formula from Football Outsiders, the Colts should have won a little over 9 games a year(6). Here’s the visualization of that.

Most teams hug that trend-line, which means their win totals match what their cumulative point totals (for and against) suggest. Basically, skilled teams plot towards the right of the graph and “lucky” teams plot above the trend-line. The 2012-2014 Colts were a bit of both.

After Rivers became the starter for the Chargers, the team had point differentials that should have given them the 6th most wins, but instead ranked them 10th in actual wins (134.6 exp vs. 123 act).

That’s not bad, but it suggests those Charger teams were better than their record would dictate.

What partially drove Manning’s greatness was his accuracy. While many people use completion rate as an accuracy metric, that isn’t a very good measure as it ignores critical variables like pass length and target side of field.

Fortunately, the nflFastR guys created an algorithm to determine expected completion rate based on those and other factors and so I can measure QB accuracy by completion percent over expected (cpoe). The metric only goes back to 2006, but since then, Manning has had the 3rd best cpoe of any QB(7) completing 5.2% more of his passes than expected (66.7% act, 61.5% exp).

Here is a breakdown of those passes by distance thrown(8). To get some sense of relative weighting, I split the data into quintiles, with each color representing about 20% of pass attempts.

Pretty much at any distance, Manning was above the NFL average line showing he was much more accurate than the average QB.

After Manning as QB, the Colts pass accuracy fell off a cliff.

In general, there is an inverse relationship between how far the ball is thrown (columns at the bottom of the chart) and the expected completion rate (light green line). You can see that towards the end of 2012, under a mostly Bruce Arians offense, the Colts had some of their longest average pass attempts. Not surprisingly, the average completion rate was also at its lowest.

The distance between the dark and light green lines is cpoe and the Colts ended 2019 with a -5.6% mark, which is their lowest average deficit since Curtis Painter was under center.

4) Points per drive excludes drives where time expires and only counts offensive points scored on drives (no defense or special team scores).

8) Only attempts between 1 and 35 air yards with at least 30 career pass attempts shown.