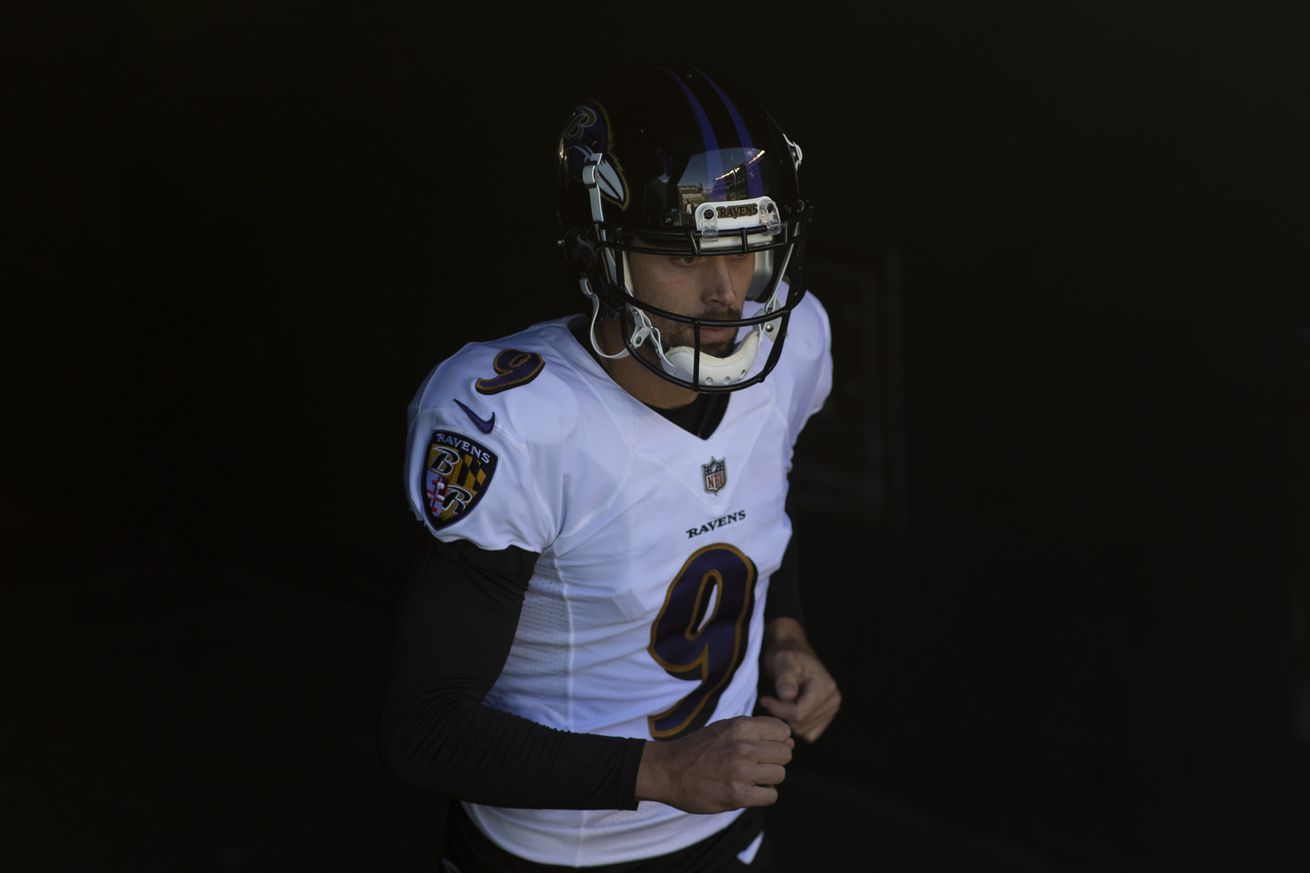 On November 8th, 2020 the Indianapolis Colts will host the Baltimore Ravens In this Week 9 match-up, I sought to understand our opponent and get a better idea of how they may attack our Colts.

This week we’re very likely to hear the old stories about how the Irsay family “stole” the Colts from the city of Baltimore. Those folks don’t seem to have a firm grasp on the term “ownership” and leave out the part where the city was literally trying to legally steal the Colts from the Irsays. Also, those people always seem to leave out the part where they “stole” the Browns from Cleveland in order to have their current NFL team. Hypocrisy aside, this week’s game has a chance to be a good one.

Let’s see what we can expect in week nine.

Justin Tucker is considered by many to be the best kicker to ever walk on planet Earth. I’m hardly a kicking expert but I’ll die on the Adam Vinatieri greatest of all time hill. That said, Tucker is really, really good. For his career he has hit 91% of his field goals and 99.1% of his extra points.

If Justin Tucker walks onto the field to score points, you might as well just count on him scoring those points.

Sam Koch is a 38 year old punter who has spent his entire 15 year career in Baltimore. You don’t spend 15 years in the NFL if you aren’t exceptional at what you do. Statistically, Koch hasn’t declined despite his age and while watching the games I didn’t notice anything that would lead me to believe he was.

Koch’s experience and talent could be a big factor if this game becomes a defensive struggle.

James Proche and Devin Duvernay will handle punt and kick return duties, respectively. Proche is averaging 9.1 yards per return and is a threat with the ball in his hands. Duvernay is currently averaging 32.8 yards per kick return and has a touchdown return this season.

Duvernay has only returned 9 kicks this year but given the Colts struggles on special teams a week ago, I’m not sure this is the week for that unit to try to get right. I hope they avoid letting Duvernay return anything this weekend.

Final Thoughts for The Week:

The Baltimore Ravens are a good team. The Indianapolis Colts have looked like a good (but inconsistent) team this year. In the past I would hesitate to believe that the Colts had an advantage in a game against a real contender like Baltimore, especially with them coming off of a loss last week.

This year feels different and I believe it’s due to the way the Colts defense is playing better than I’ve ever seen a Colts defense play. The Colts matchup really well on both sides of the ball with this Ravens team but that’s not to say that the Colts should expect to win this game going away.

They do match up well but the Ravens are very talented. It wouldn’t surprise me if either team won this weekend but given the Ravens struggles related to COVID and the fact that the Colts are at home, I feel good about this one for the boys in blue.