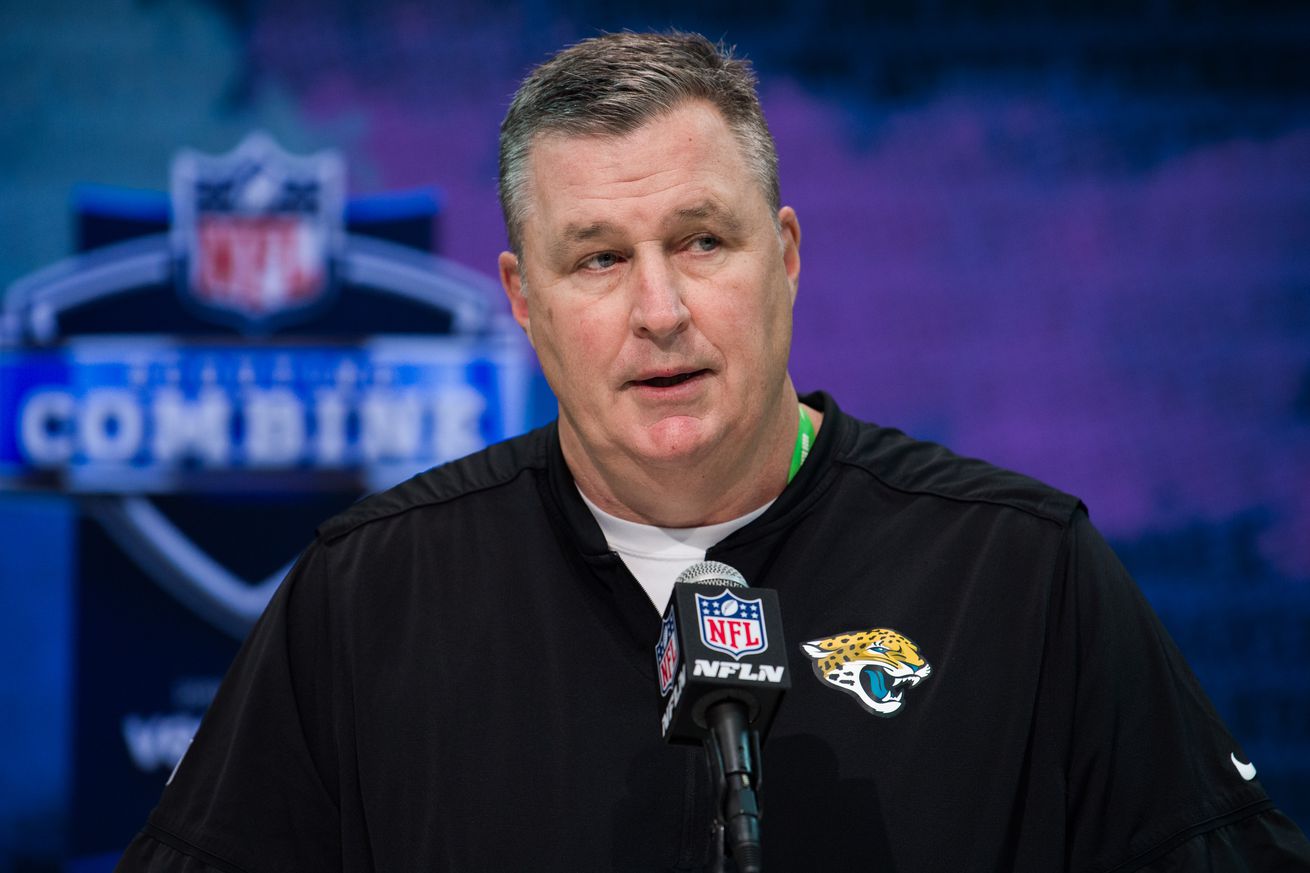 On September 13th, 2020 the Indianapolis Colts will travel to the sunshine state to take on the Jacksonville Jaguars. In this Week 1 match-up, I sought to understand our opponent and get a better idea of how they may attack our Colts.

The Colts lead this series with an all-time record of 24 wins and 14 losses. Though in the past five years, the team is 5-6 including a week 17 drubbing in 2020 that saw the Colts held scoreless in the second half. Nine months later these two teams seem to be headed in different directions, the Colts seem poised to make a run at the playoffs while the Jags seem poised to make a run for the number one overall pick in the 2021 draft.

Let’s see what we can expect in week one.

Josh Lambo enters his sixth season in the NFL and his fourth with the Jaguars. 2019 was a career year as he went 33 for 34 on field goal attempts with his lone miss coming from 40+ yards. He was four for four on kicks longer than 50 yards.

He also went 19 for 20 on PAT’s and if you’re thinking “I can’t believe he only had 20 chances to kick a PAT” I’m in the same boat. NFL teams play 16 games, that’s barely more than 1 PAT attempted per game. For reference the Colts kicked 39 PAT’s, but I don’t want to talk about how many of those actually scored a point.

Lambo is a very good kicker and if the game comes down to it, Jags fans should feel good about having him on the field.

Logan Cooke is the somewhat rare punter that was good enough to be drafted. Back in 2018 the Jags took the 6’5” 230 pounder out of Mississippi State with the 247th overall pick. 2019 saw Cooke average 46.8 yards per punt while pinning 25 balls inside the 20.

Cooke is a solid punter who will most likely improve this season and beyond. I do expect to see him on the field more than Jags fans will like, but he does have the ability to flip the field and pin our Colts deep if and when he gets the opportunity.

According to an unofficial depth chart, receivers Dede Westbrook and Keelan Cole will handle punt and kick return duties, respectively.

A season ago Westbrook returned 23 punts for 132 yards, an average of just 5.74 yards per attempt. Although Westbrook played through injury last season. In 2018 he averaged 14 yards per return on 19 attempts, including a 74 yard return for a touchdown. It’s tough to know which Westbrook we’ll see on Sunday, but just to be safe I would recommend that the Colts offense just convert every third down they face so no one has to find out if Westbrook is a dangerous returner.

Last season Keelan Cole only returned three kickoffs but he did average nearly 37 yards on those three attempts. His 59 yard return, kind of props up his average. The man who is listed as second on both the punt and kick return depth chart is none other than cornerback Chris Claybrooks.

If you’ve never heard that name before now, well, I have to tell you there’s a good chance you won’t hear it again. With that said it’s possible that the 2020 seventh round pick out of Memphis is a very good return man and we’ll all learn his name soon. The vast history of seventh round draft picks tells me that this scenario is unlikely, but it’s still something to watch for.

Final Thoughts for The Week:

The Jaguars lack of talent is vast. They will be starting some players who probably wouldn’t have made the Colts roster. That said they do have some young, intriguing players who figure to be able to change the outcome of games.

Jay Gruden’s offense seems like a great fit for what Gardner Minshew excels at and the receivers they plan to throw to are among the best receiving units in the league. It would be nothing short of shocking if the Jags can have any success on the ground simply due to a lack of talent at the running back position. Their offensive line is average overall but their returning starting five seemed unable to open holes for Tampa Bay Buccaneers running back Leonard Fournette a season ago.

On defense the Jags are really young. They have a ton of highly talented prospects waiting to reach their potential. The level of their talent might be outweighed by the gaping holes in both depth at vital positions. If the guy next to you seems to not be great at NFL football, there’s a chance that you could be a future hall of famer but no one will be able to tell because it’s impossible to play two positions at once.

Also there is the very real question of can DC Todd Wash and head coach Doug Marrone develop that natural ability to actual on-field ability? Marrone’s .440 win percentage in his four years in charge of these Jaguars doesn’t inspire confidence but Tom Coughlin’s approach to team culture did an untold amount of damage since the Jags unlikely 2017 Blake Bortles fueled run to the AFC Championship Game. Now Coughlin is gone, and so is much of the talent he brought to town before quickly running them off.

At the end of the day my faith in Frank Reich’s ability to get his team ready to play and the disparity of talent and depth between these two teams means I’m as comfortable as I can be about this game given the events surrounding this game and the 2020 season. Anything can happen on Sunday, but on paper our Colts should have this one.