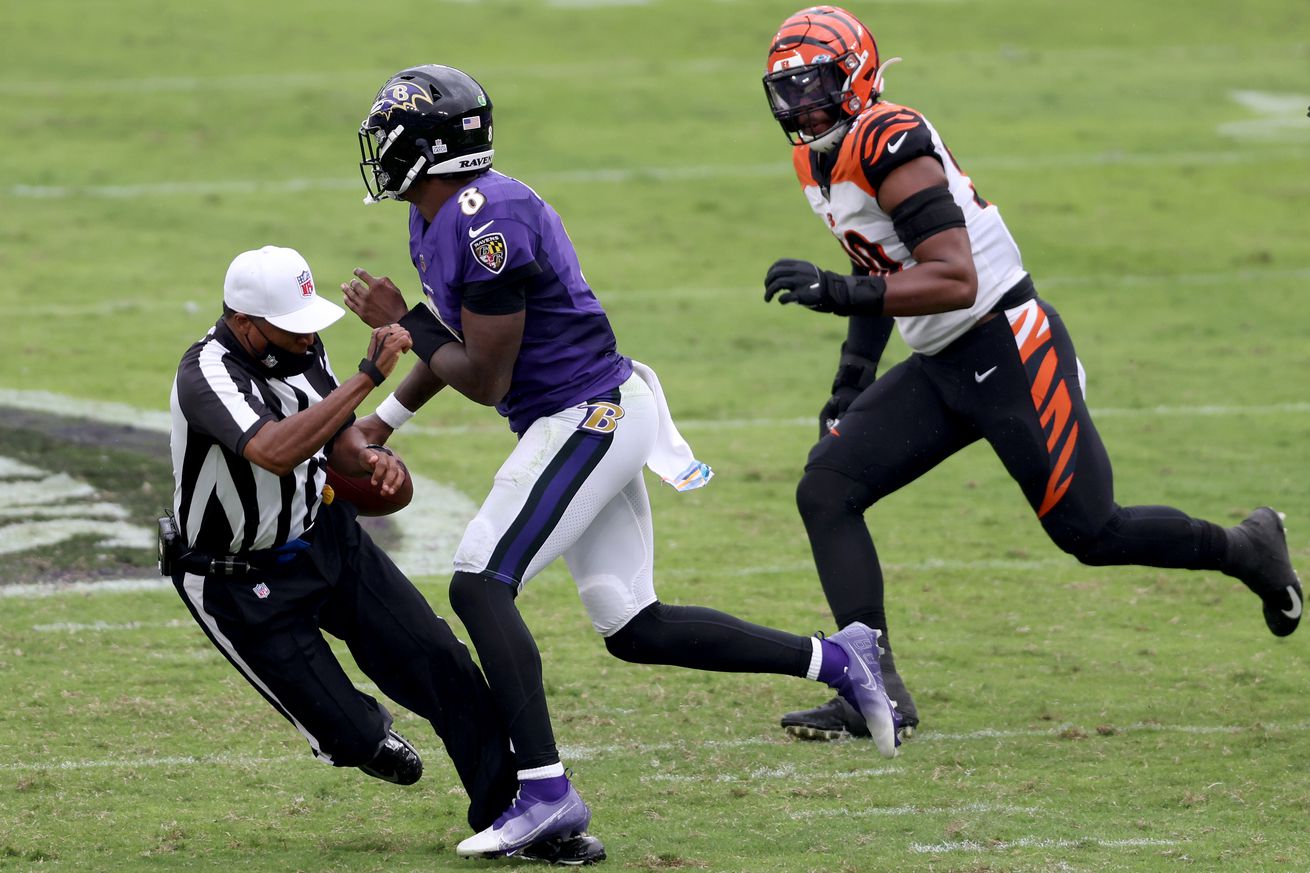 On October 18th, 2020 the Indianapolis Colts will host the Cincinnati Bengals. In this Week 6 match-up, I sought to understand our opponent and get a better idea of how they may attack our Colts.

Two weeks in a row Colts fans will get to see an opponent from the AFC North. Unlike last week, this opponent comes into the game with a losing record. The Bengals have an exciting rookie quarterback who stands to improve his play and possibly elevate those around him as the season progresses. The big question this Sunday will be is Joe Burrow ready to take on one of the NFL’s best defenses?

Let’s see what we can expect in week six.

A Note to the Reader

The past week was possibly the busiest week I’ve had since before the pandemic began. As a result my writing schedule was greatly thrown off and here I am Sunday morning getting out what I can.

Normally, as some of you know, I would have seperate pieces for the defense and special teams. The defensive piece is usually pretty detailed but I just ran out of time this week so I decided to include some of the (edited) notes that I took. I actually have notes from a third and fourth game of the Bengals this season on a computer I don’t currently have access to, So I’m giving you what I can.

These notes are just that, notes. If it says someone played a down well or poorly, it was just that down, that one note might not mean anything in the grand scheme of things but the notes I take help me in the process of trying to figure out who teams are. They might be completely useless to you but I did the work and figured someone might be able to draw something from them. If not, you can scroll down to one of the other sections of the article.

Everyone is confused by end around for 40+ yard gain.

38 gets smoked on pivot route

57 gets blown up by pulling guard.

24 was all over the TE, gave up TD catch anyway.

24 makes good play to come up and make a tackle near LOS.

Send heavy blitz on 3rd down.

LB coverage is all over the place.

58 is a really good pass rusher

Bengals playing soft zone in 2 minute drill. Usually like to use man to man.

Bengals draw up a lot of good looks on 3rd down. Blitzes, fakes, man, zone, impressive deception, a couple of good pass rushers.

Bengals aren’t as good defending gap plays. Do better with lateral movement of zone runs. Get north and south and they struggle.

In zone, give up nice gain.

Went man to man with success.

Jags struggling to get anything going on the ground.

Jags spread out defense on 2nd &2 find room to run off left side.

The angle by 51 was awful

23 got beat on a crosser over the middle

Playing some 1 deep man coverage in 2 minute drill. Defense getting beat with basic crossing routes. Didn’t play tight coverage, played safe, allowed a lot of completions and Jags drove down for a FG before the half.

Long power run, called back due to block in the back.

Minshew had nowhere to go with the ball. Defense gets the coverage sack.

Big sack on 3rd down

Nice run stop from #30 in the backfield

38 gets beat on back shoulder throw, would have been really tough to defend for any DB.

50 interferes jags get cheap 1st down.

59 roasted in coverage by 4.3 second Connelly.

38 gives up inside leverage on slant. Chark is really good but 38 plays this poorly.

Bengals playing soft in 2 minute drill. Game is over, this is garbage time.

Again these notes were edited, somewhat heavily, so there were more notes but they were either incomprehensible or deemed unfit for public consumption.

When watching the Bengals play the Browns and Eagles I really thought they were a team that the Colts could get their run game going. Then I watched them play the Jaguars and Ravens and now, I’m not as sure. The Bengals defense has improved greatly in the first quarter of the season.

The Bengals defense tends to be very aggressive on third down, they disguise what they’re doing really well. They mix both man and zone coverage but are better in man. Against the run it seemed that they were better stopping east and west zone concepts than north and south gap schemes, this is the impression that I got and I never had a chance to confirm my suspicion. Their defense has some talent but their scheme has them playing better than they should.

The Colts should win this game but the Bengals are good enough to win if Indy doesn’t show up. I would feel better about my predictions if their defense seemed less well coached. Five games is a small sample size but so far this season they’ve made great strides on that side of the ball. Their general lack of talent means they’re beatable but they’re playing better than they have any right to.

A loss today would be devastating to both the Colts playoff hopes and also to the fanbase as these Bengals are sitting at 1-4 despite their recent better play. It would be especially devastating given that even with everything I’ve said I still believe there’s a decent chance the Colts win this one easily.

No matter what happens, try to enjoy another NFL Sunday, we’re nearly halfway through the season and it won’t be long before we’re all pining to watch football again.