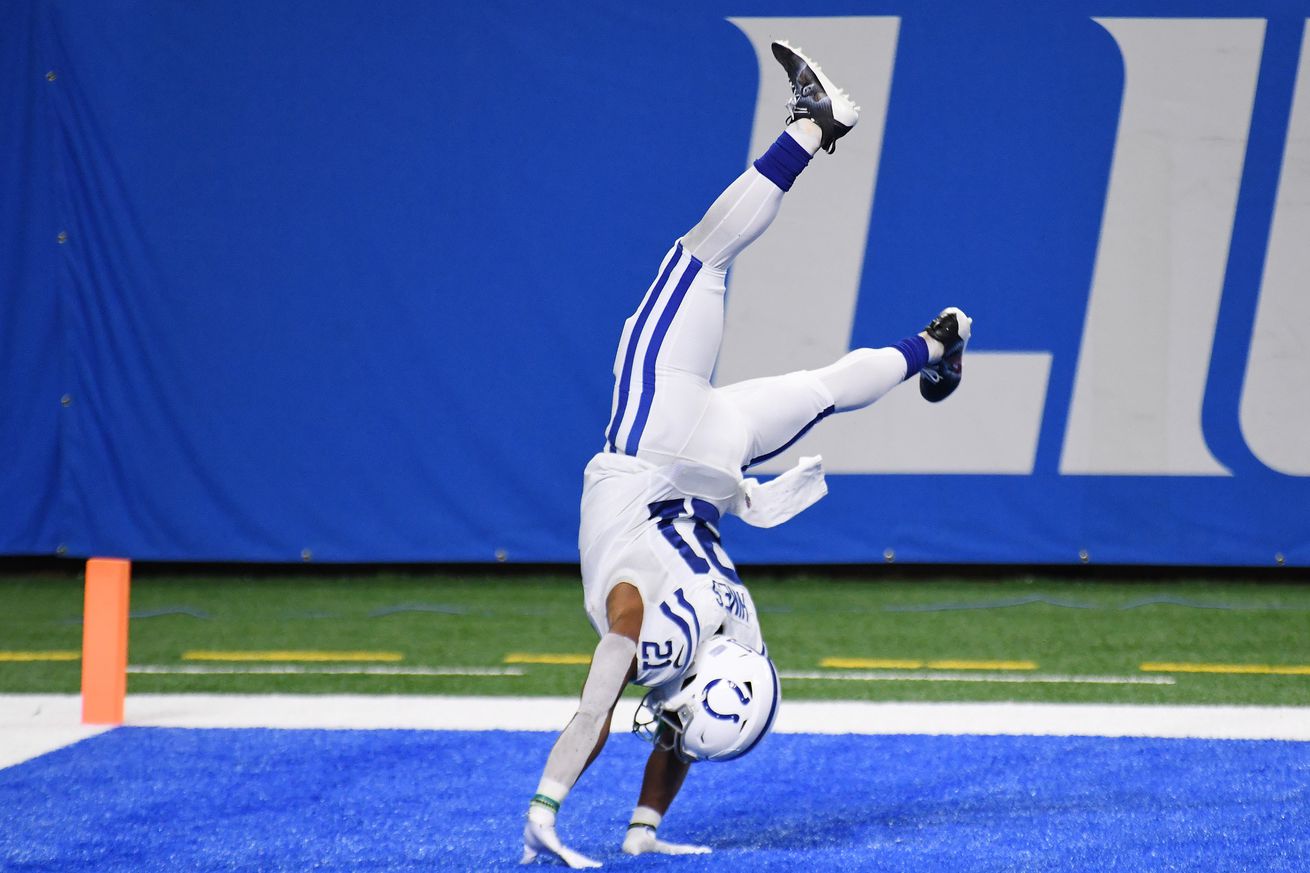 For those of you who preferred the old commenting system, we have some tips that should help make the game day thread more enjoyable or more familiar.

We hope this helps as Vox Media continues to work with Coral to recreate the commenting and community experience we had before the change. We appreciate all of your feedback and your continued support through this transition.

While the offense got off to another slow start in Detroit, going scoreless in the first quarter and making special teams mistakes that gave the Lions great field position — which they took advantage of quickly on a touchdown pass to Marvin Jones Jr. — they figured it out in the second quarter. Three Rivers passing touchdowns, two to Nyheim Hines and another to Jack Doyle shift momentum in the Colts’ favor as the half came to an end.

We’ll have to monitor the apparently injury for Rigoberto Sanchez. He hobbled to the sidelines and had to receive some attention from trainers before he eventually came back onto the field. Since his return, he has noticeably been limping and in pain after each kick. If his injury forces him to miss any time, it could very well matter more than some might think.

The Colts defensive line has been dominant for much of the first half. There is a very strong rotation that is working for Eberflus and Tyquan Lewis has made the most of his limited opportunities this season. If Lewis can continue to produce and Kemoko Turay can be anything close to what he was before his injury last season, Indianapolis could see a big boost to the pass rush.