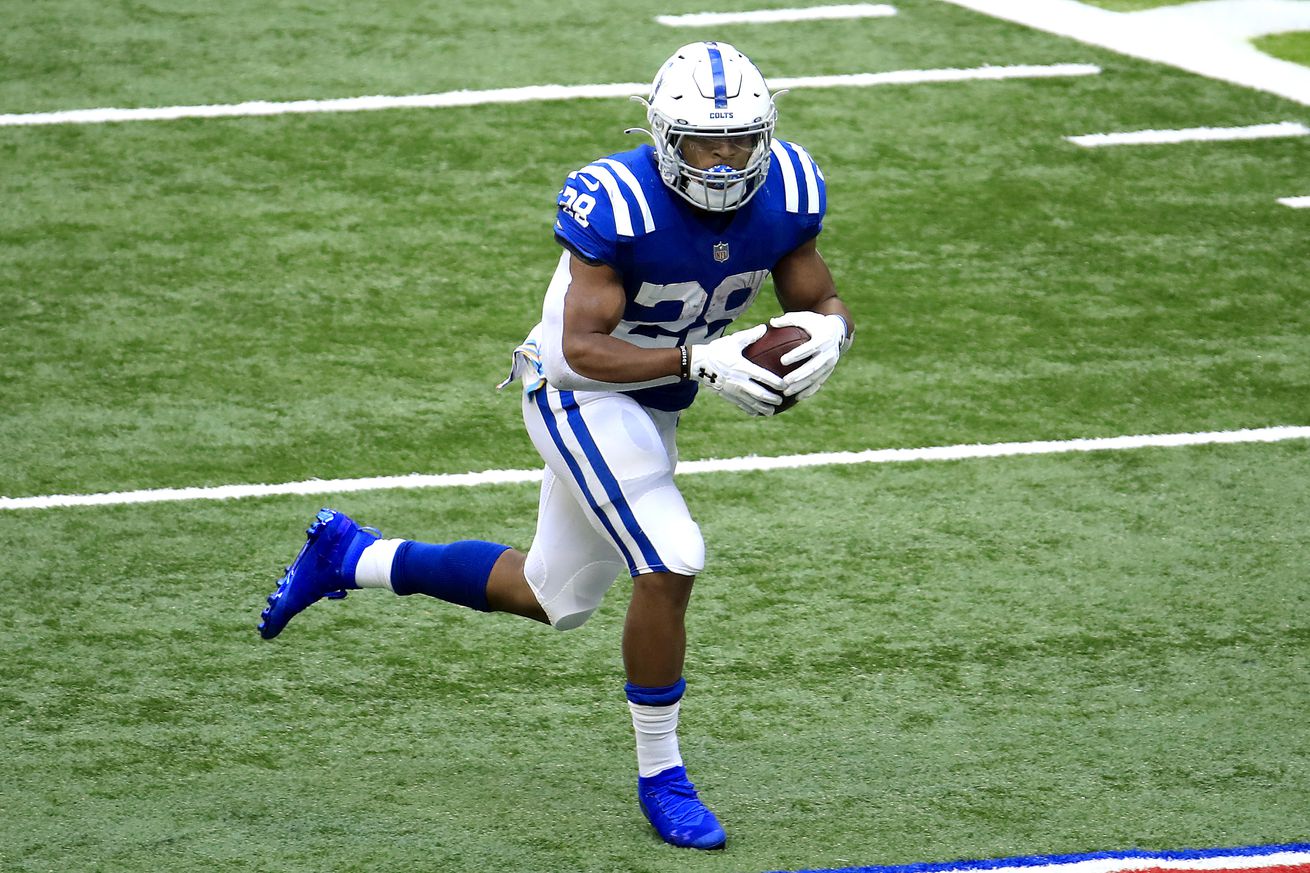 For those of you who preferred the old commenting system, we have some tips that should help make the game day thread more enjoyable or more familiar.

We hope this helps as Vox Media continues to work with Coral to recreate the commenting and community experience we had before the change. We appreciate all of your feedback and your continued support through this transition.

Outside of an unforced mistake on the first Colts offensive drive and some conservative play-calling on the next couple of possessions after, Philip Rivers has looked in control. He has been comfortable checking the ball down to his running backs and set up screen passes. He has made adjustments and taken advantage of things he’s seen pre-snap from the defense and he has taken some shots down the field when his receivers get to open spaces.

The officiating has been one-sided in the first half. Jack Doyle’s fumble looked like the type of thing that would have easily gone the other way if it involved defensive contact. It didn’t so it went against him. The call for T.Y. Hilton that was unsuccessfully challenged on the sideline, was again a call on the field that favored the Bengals and that was “conclusive enough” to overturn. The no-calls on blatant defensive holding or pass interference in the first half were stunning and partially responsible for failed Colts offensive possessions.

What was concerning in the first half is that the defense again showed up to a game flat. The Browns spent the first half beating up on the league’s top ranked defense and it took second half adjustments to get things straightened out. For a second consecutive week, Colts fans will have to hope for hte same.

The game plan shouldn’t change in the second half. Do not commit costly mistakes or unnecessary penalties. Do not turn over the football. Rivers needs to take what the defense gives him and not feel the need to do too much. The running game needs to become a bigger factor as the game has tightened back up.

By the way, Marcus Johnson has used every one of his limited opportunities with the Indianapolis Colts to produce. At this point, I don’t understand how/why Ballard or this coaching staff wouldn’t make him a more permanent feature of this passing offense. He’s clearly the team’s biggest deep threat, runs the best deep routes on the team, and has speed that can kill.