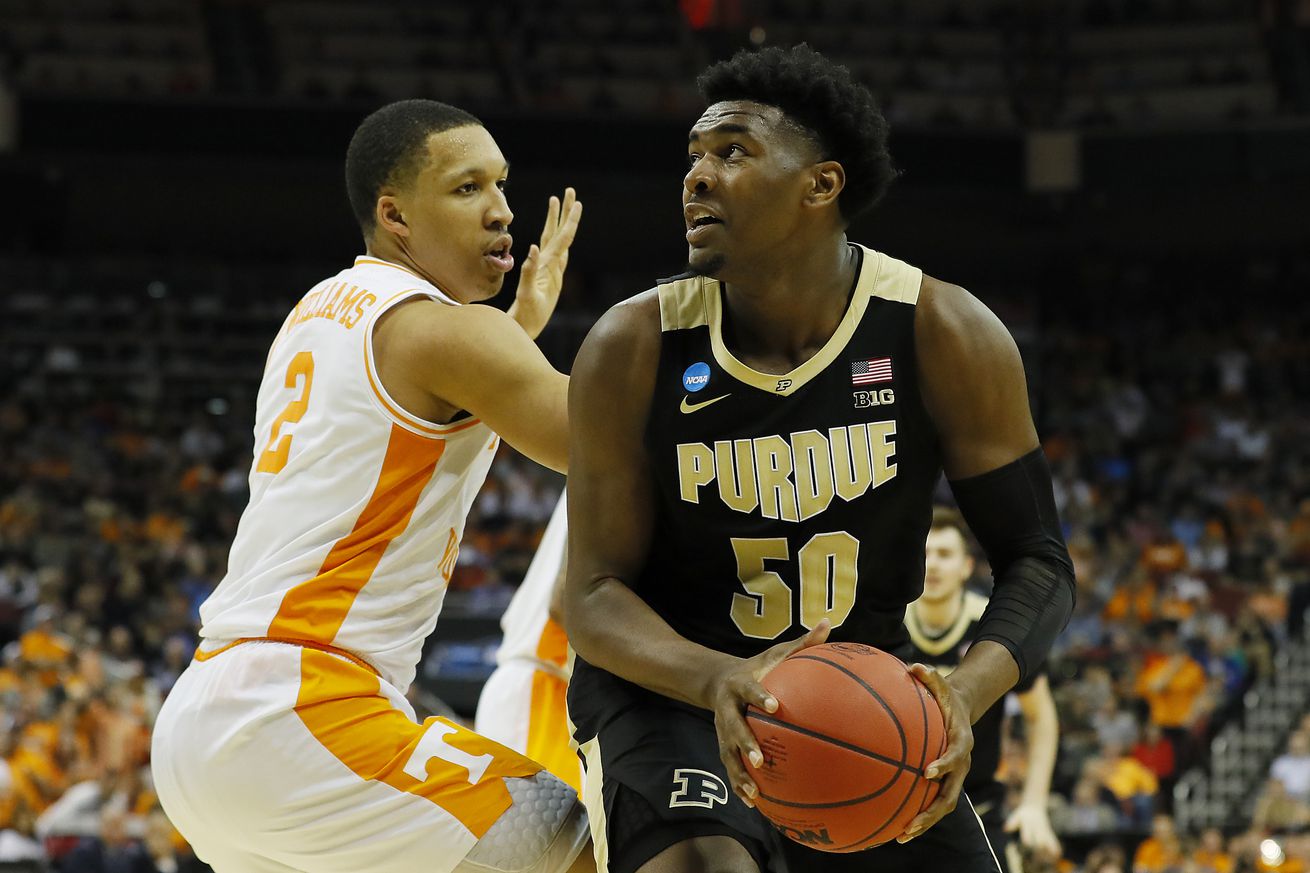 The junior big man is one of the best in college basketball.

Purdue has had a wealth of big men nominated for the Kareem Abdul-Jabbar Award as the nation’s best center in recent seasons, and once again it has one this year.

Last season was a coming of age season or Tre as he 11.5 points and 7.6 rebounds per game in just 21.4 minutes per game. His 36-20 game at Michigan is likely his best career game to this point and he continues to be one of Purdue’s most improved players each season so far.

Tre is one of five Big Ten players to be named to the watch list, joining Illinois’ Kofi Cockburn, Iowa’s Luka Garza, Minnesota’s Liam Robbins and Wisconsin’s Micah Potter on the list.

Interestingly enough, last season Tre was on the Karl Malone award watch list as the nation’s best power forward. So far the only one of these awards a Purdue player has won was Carsen Edwards, who won the Jerry West Award during the 2017-18 season.