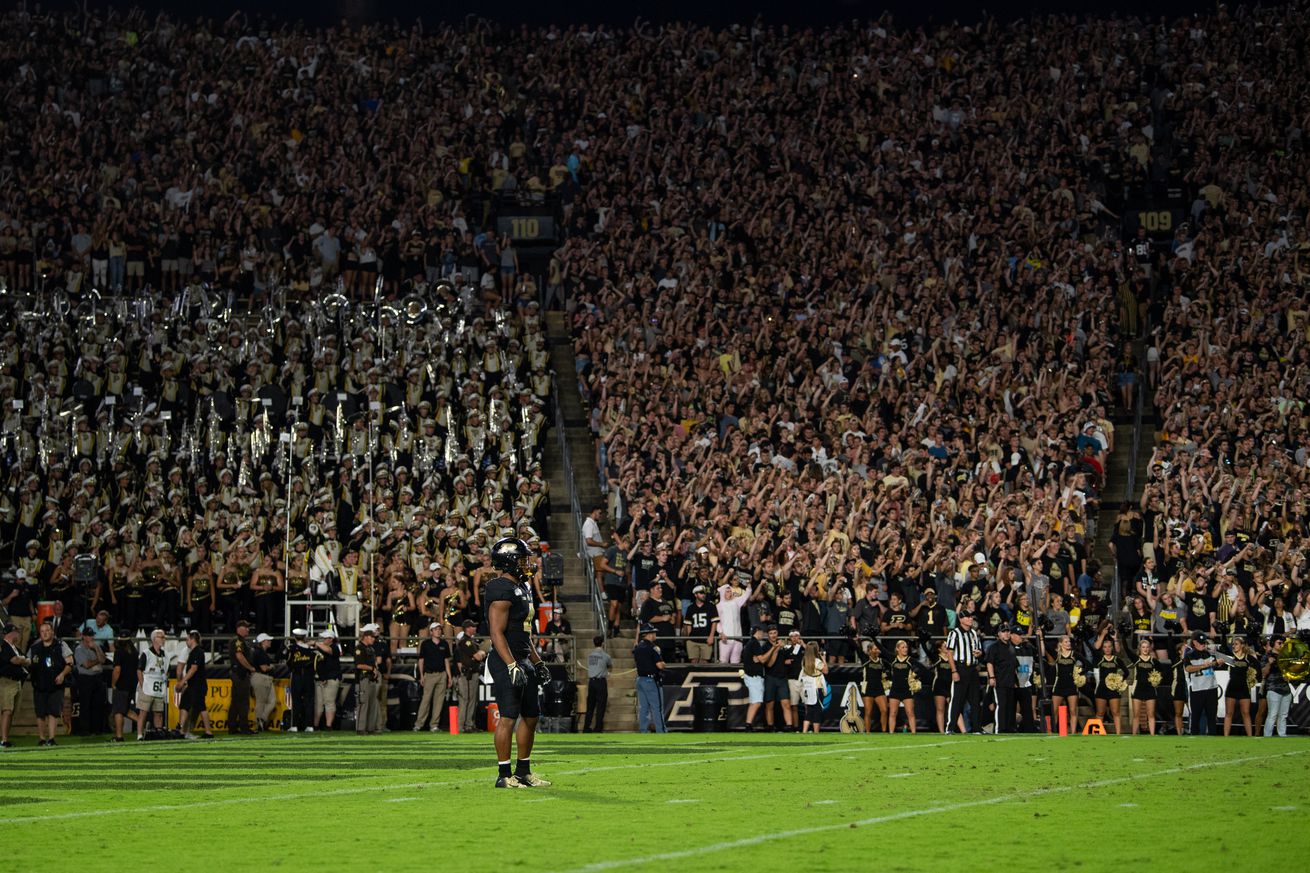 Yes, I am a gigantic nerd

On Saturday I promise you will be able to watch Purdue football kickoff the season against Nebraska.

It is not what we were all expecting. In fact, this was supposed to be the year I completed my own Delaney Dozen by going to Lincoln and collecting my final pelt in seeing Purdue play in every Big Ten stadium. The COVID-19 pandemic has robbed us of a lot of things. We all need something fun. The good news is that pandemics do not happen in the virtual world.

As mentioned a few weeks ago, I have a copy of NCAA 14. The good people at Operation Sports have even created updated roster files for the 2020 season, meaning we can play not only with Purdue’s current roster, but with everyone else in college football. There is a small downside: they made the current edition AFTER Rondale Moore announced he was opting out for the season, but no big deal. I turned backup kicker Chris Van Eekeren into Rondale, changing his size, attributes, and skills to make him a demigod of a receiver.

Now, I have long been vehemently against e-sports because who wants to watch a bunch of nerds playing video games? Well, we’re in desperate times. That means you can watch a nerd (me) play the originally scheduled 2020 Purdue football season. I even created a Hammer & Rails Twitch Channel to broadcast these games. I tried testing it out this weekend by going live a few times. For some reason it didn’t record the videos, but I believe I did successfully go live.

You have to realize, I hit 40 last year and have devolved into “I don’t understand this new technology” stage of my dad-ness.

Part of the fun of this is you can go with the live weather at the stadiums in the game thanks to the EA Sports Network. I don’t think I can get the new uniform styles in there (unless someone else can direct me how), but we can at least play each game throughout the season. I even created an entire cross-referenced spreadsheet to track season stats BECAUSE I AM A GIANT NERD.

Hey, at least I got to hone my excel skills.

Here are the parameters I am going to try:

So when should I play the first game this weekend? Should I make it a Friday B1G kickoff special? Currently I am slated to cover my usual Friday night high school game, but we could do some 10:30pm B1G after dark. I am also heading out of town Saturday morning, so it would have to be early (think 8:30am) on Saturday.

Feel free to vote in the poll below. As mentioned, I will broadcast the game on the new Twitch Channel. Feel free to comment along. I can even do game wraps each Saturday.

Remember to watch via the Hammer & Rails Twitch Channel.