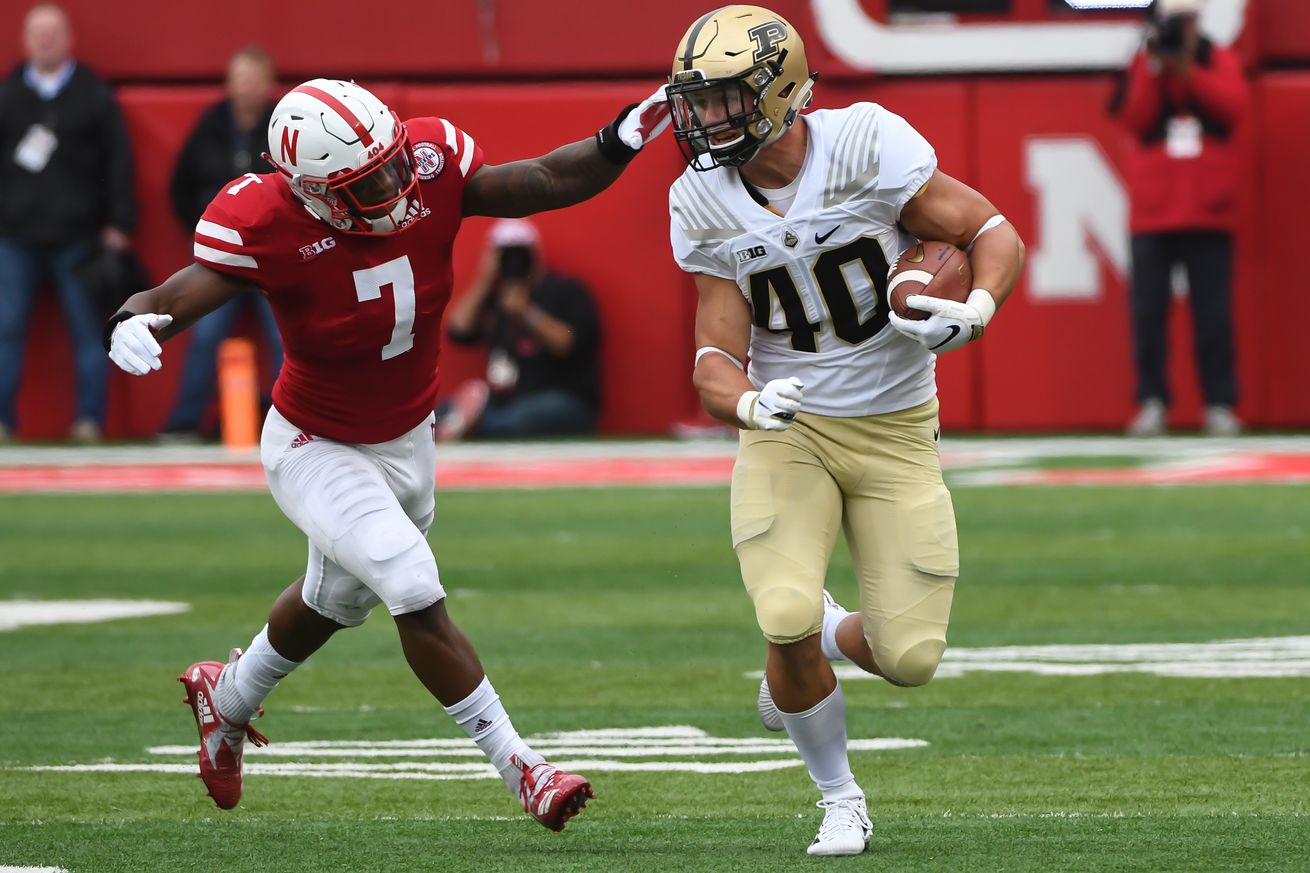 I wish we could play but we’re not at the moment. Let’s make the best of it.

This article is focused solely on Purdue football. I do not intend it to be a place to discuss anything other than the topic at hand. There are other articles available for that discourse, but at some point Hammer and Rails is a sports blog, and I’d like this article to be a Purdue football oasis. I will closely monitor the comment section, and will be quick with the nuke button if things veer off this narrow path.

I also want to note that everything I talk about in these articles should be read through the narrow lens of Purdue football. If I say “this may turn out to be a blessing for X player” please understand that I’m speaking only about on the field Purdue football.

This isn’t a blessing to anyone in the grand scheme of things.

There are plenty of legitimate excuses for last years poor showing.

The quarterback situation was…less than ideal. The defense was missing several key players. There was weird stuff going on with the coaching staff. One way Purdue could have potentially stabilized their 2019 season was with the running game, but there is no excuse for the garbage heap that was Purdue’s ground attack last year.

It’s hard to pin the running back difficulties on the running backs. Tario Fuller, in theory, was supposed to lead the running back room, but he had his jaw broken while fielding special team punts in practice before the season (because of course he did) and never recovered. That left Purdue with a hodgepodge of untested backs and it was clear from the start that Jeff Brohm didn’t trust any of them.

Purdue ranked 126/130 teams in rushing yards last season. They were better than Texas State, West Virginia, Washington State, and Akron. In a year where Purdue needed a running game to lean on with the spate of quarterback injuries, they were dreadful at running the ball, averaging a paltry 2.92 yards per attempt.

Enough about last year though.

This is supposed to be a “silver lining” piece, and all I’m talking about is the dark clouds of last season. The good news is that in theory, Purdue should be better equipped to run the ball when football resumes.

The perpetually injured Fuller is the only back from last year that doesn’t return. Another year of seasoning for young players like King Dorue and Da’Joun Hewitt can only help. Dorue, a freshman last season, looked decent in flashes and led the team with 5 rushing touchdowns. Hewitt didn’t play much, but in theory, he gives the Boilermakers a pass catching option out of the backfield. Alexander Horvath was Purdue’s most efficient running back last season, averaging a respectable 4.8 yards a carry. He should be better with his first season as an occasional lead back under his belt. The lone bright spot for the Purdue run game last year was Horvath going beast mode on Indiana, putting up 164 rushing yards and 2 touchdowns, and almost dragging the shambling corpse of Purdue’s 2019 squad to a victory in the Bucket Game. Maybe Horvath uses that momentum, grabs the starting role, and never looks back.

In addition to the returning cast of characters, Purdue added 4* running back Tirek Murphy out of New York to the running back stable. Murphy was considered the top overall player in the state of New York and the 20th best running back in the nation in the 2020 recruiting class. Imagine Markell Jones, but 20 pounds heavier and a step faster. That’s what Purdue is getting in Murphy. His combination of power and speed is something the Purdue rushing attack needs. If you’ve followed Purdue for a while, a wealthy man’s Brandon Jones is the the best comparison I can come up with for Murphy.

One potential silver lining to the weirdness of 2020 is that Jeff Brohm gets more time to figure out the running game. It’s easy to forget with all the passes flying around the field, but when Brohm’s offense was cooking at Western Kentucky, it had a balanced run game to complement his passing attack. In Brohm’s last season with the Hill Toppers, he gave the ball to running back Anthony Wales 237 times and was rewarded with 1621 yards, 27 touchdowns, and a 6.8 per carry average. Brohm has yet to find his Anthony Wales in West Lafayette, relying on platoon system thus far, but now he’s got time to dig in a figure out which Purdue running back is going to lead the line.

Best case scenario, in my opinion of course, is Murphy winning the job and giving the Boilermakers a true lead back. No offense to the other guys on the roster, but physically speaking, Murphy is on another level. If he can take the reigns in his 1st freshman season and then carry that over to his 2nd freshman season, all the other pieces fall into place. Hewitt give you a 3rd down back, Dorue is a capable backup with the potential to be more, and Horvath can move to his more natural position of H-back and provide Brohm with incredible versatility.

If Murphy doesn’t win the job, things remain a bit muddled. Murphy, Dorue, and Horvath are all power backs and need carries to get into a rhythm. They should be better in the 4th quarter than they are in the 1st quarter, because they’ve been pounding on the linebackers for 3 quarters. A running back platoon prevents any of the 3 from getting into the sort of groove Horvath found against I.U. last year. I don’t think Brohm can keep Murphy off the field, meaning he’s going to be splitting carries with at least Dorue and potentially Horvath as well if he can’t win the job straight up.

Having a spring, or late fall, or winter, or Smarch, or whatever alternative season is in vogue on social media today, should allow Brohm to get the pecking order sorted out at running back. I want him to give all 3 power backs a full game as lead back in order to decide who he wants to move forward with as a starter. Much like the quarterback position, Brohm will coach to win the games, but I hope he does so with an eye to the future. If he can use the upcoming zombie season to figure out the jumbled mess at quarterback, running back, and offensive line (more on that in the future) the 2nd 2021 season could see Purdue shoot up the Big10 rankings.

The more I exam the Purdue roster, the more I like the overall pieces. Hopefully this weirdness gives Coach Brohm some time to figure out how they all fit together.