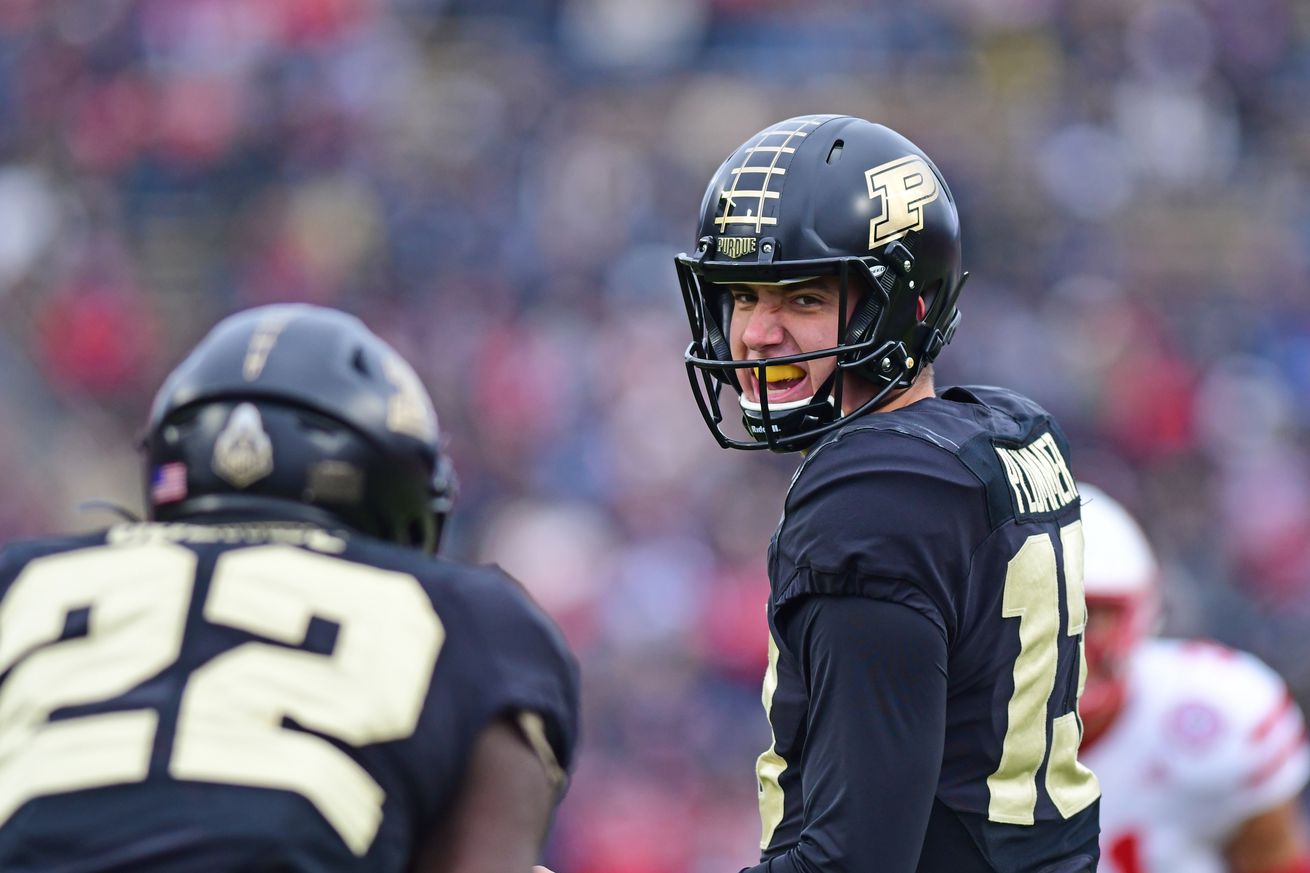 Middle of the pack..

This morning, Anthony Treash released his rankings for quarterbacks for all 130 FBS Schools.

Who is too high/low?

For our Boilermakers, Anthony ranked Jack Plummer or Aidan O’Connell duo at 59th of 130 teams, which is hard to argue. He had this to say about the two.

“Purdue’s quarterback situation is in better shape than most make it out to be — it isn’t great, but it is by no means the reason for the team’s massive struggles. Plummer flashed some potential in his time as starter, taking care of the ball extremely well and posting the 11th-best negatively graded throw rate in college football. O’Connell came in when Plummer got hurt and showed that he can provide explosive plays for Purdue — he had a 5.8% big-time throw rate, which was over two percentage points more than Plummer. But he will be far less stable on a throw-for-throw basis than Plummer. Either way, Purdue is average at the position.”

For the rest of the Big Ten, this is how he ranked each Big Ten Starter:

#12. Michael Penix Jr. – IU (I guess staying healthy is not part of the criteria?)