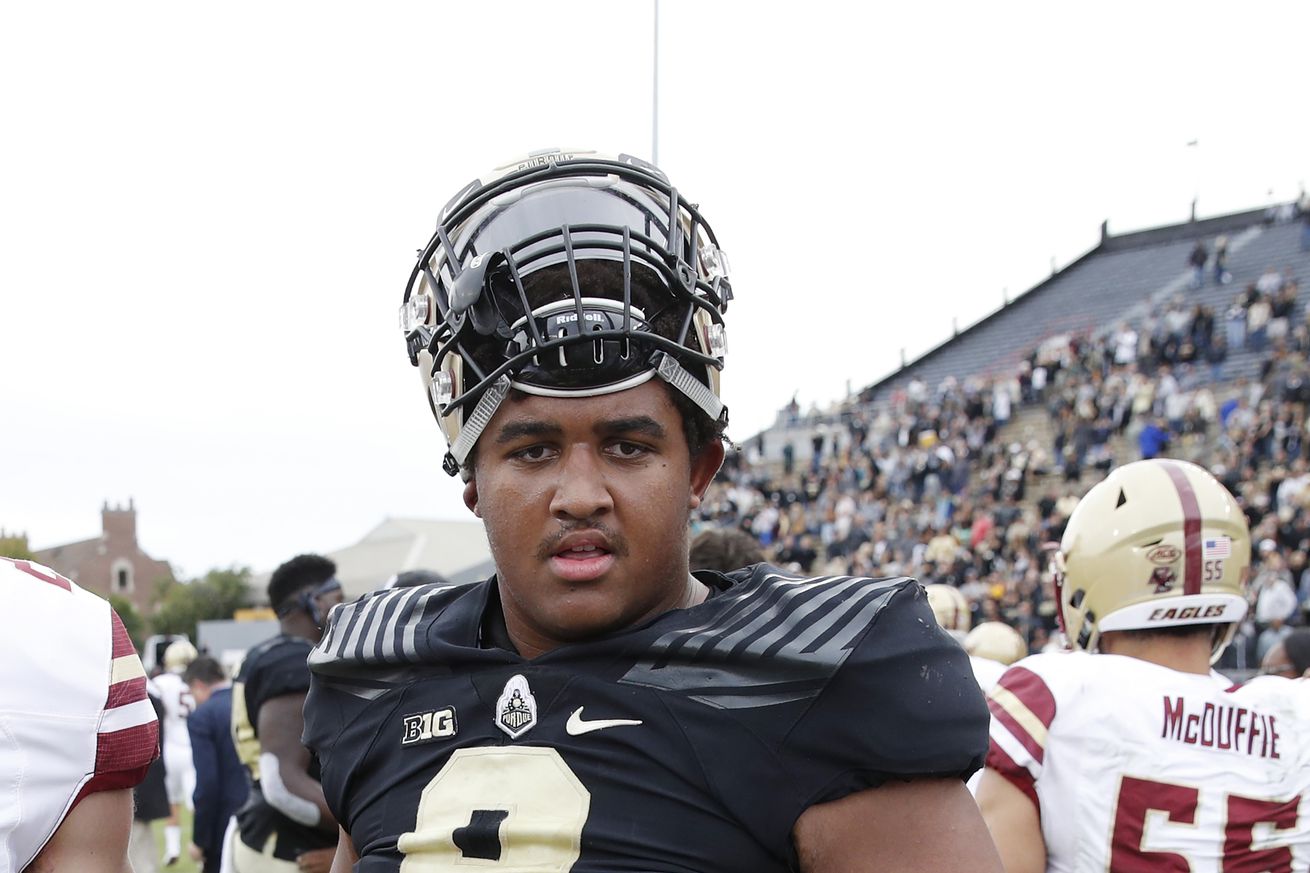 The big man in the middle is back.

We’re in single digits now, and normally that would be quite exciting. Unfortunately we continue to wait for January football (maybe).

Normally a 6’2” receiver that was a 4-star prospect and he is now coming out of redshirt would be very exciting. It still is, but it shows just how much talent Purdue has at the position that we may not see much of him this season. With David Bell, Milton Wright, TJ Sheffield, Danny Anthrop, Amad Anderson Jr., Jared Sparks, Maliq Carr, and Abdur-Rahmaan Yahseen there is an absolutely ridiculous amount of talent in the receiver room. The ball can only go so many places, and Bell is right at the top of that list.

Rice will have his say, however. He did appear in one game last season as a reserve, but he caught 22 passes for 462 yards during his senior year of high school. He brings some excellent size to the position and projects as an outside receiver. He will be in the mix to play on the outside with Bell.

Will we see Neal play his senior season? Before COVID-19 really hit some of the best news Purdue received is that Neal would return for his fifth year after missing the entire 2019 season recovering from a torn ACL in the 2018 Bucket Game. The Death Star-sized tackle has been a long-time force in the middle for Purdue’s defense. He is an excellent run stopper that has started 28 games in his career. He has 11.5 tackles for loss, a handful of sacks, and is generally a menace for interior linemen to deal with. There was even some first round NFL Draft talk about him before injury.

There is little question that Purdue’s defense is significantly better with Neal in the middle. The big man is an NFL talent who’s dad played almost two decades in the NFL as a blocking fullback. It wouldn’t surprise me if he sat out whatever season we have in preparation for the draft, but if he does play Purdue will greatly benefit.