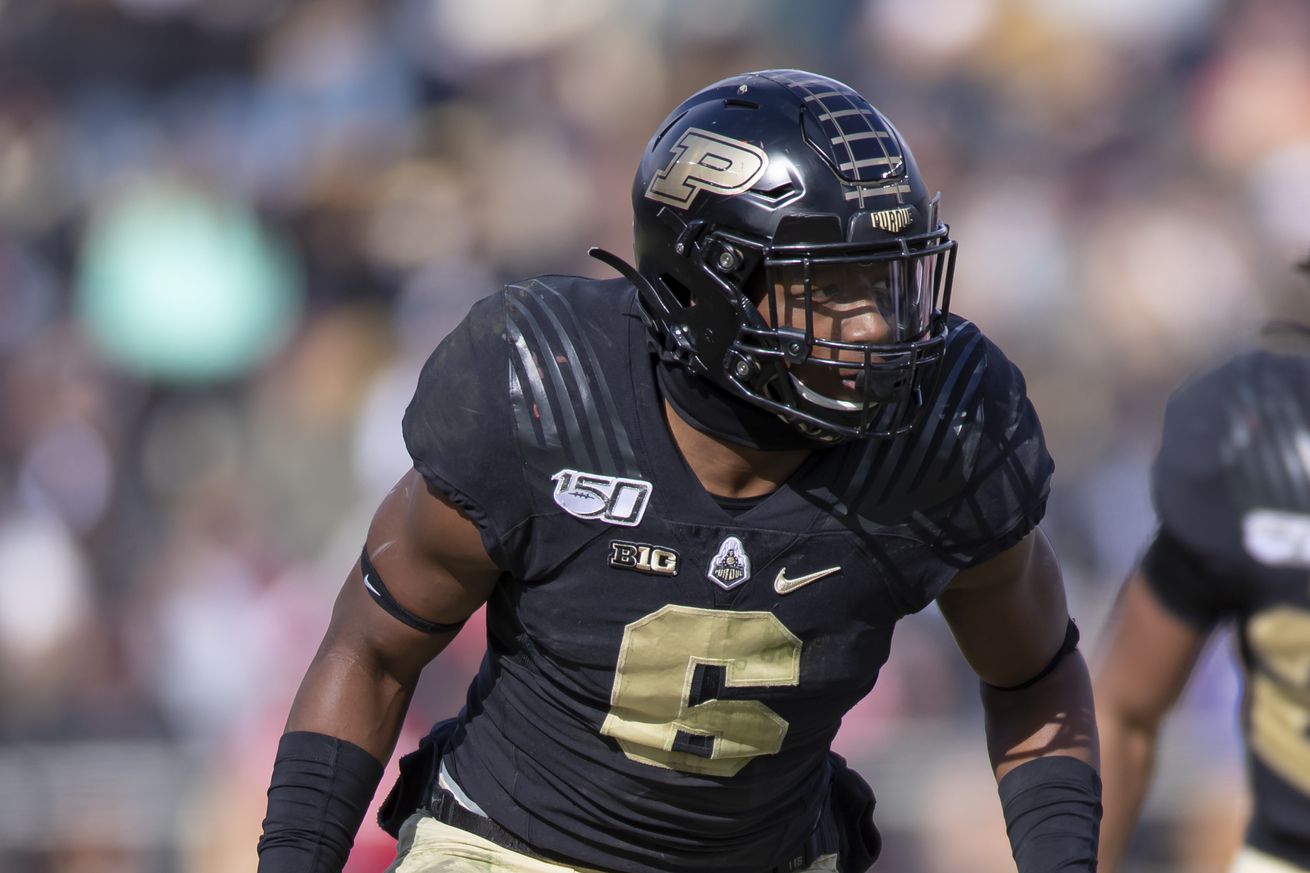 Will we see one player play in Ross-Ade or Mackey first?

The second of today’s players is extremely interesting, but let’s begin with a returning member of the secondary.

Graham was a very pleasant surprise at safety last season as a true freshman. He was an immediate contributor, playing in 11 games and starting six. He finished the year with a modest 37 tackles, 2.5 for loss. He even started the season opener at Nevada, which was impressive for a true freshman.

Graham is expected to have an even larger role when football returns. He will be an incumbent starter with another year under his belt, which will help a lot.

Carr comes in as one of Purdue’s biggest receivers. He was a four-star recruit that ended up being one of the jewels of the 2020 class. He already enrolled and got a jump start to his career with the shortened spring practices, too. He is really, really good and could be “next” in Purdue’s line of standout freshman receivers:

Here is where things get interesting, too. He is also a really, really good basketball player:

In his last full basketball season he averaged an impressive 23 points and 14 rebounds as a power forward. He was so impressive that Matt Painter was like, “hey, if you’re interested, come on over to Mackey and play with us when the football season it over”. That is pretty much unprecedented during the Painter era. The last player I can think of that did that was tight end Charles Davis, who played the second half of the 2004-05 basketball season pretty much out of absolute necessity. He averaged just 2.9 points in 19 games. The immortal Patrick Bade went the other way, playing two years of basketball before finishing his career as a tight end for football.

Purdue has had other football guys that were quite accomplished basketball players. Kawann Short has had a great NFL career, but he won a state championship with E’Twaun Moore in high school. David Bell helped Warren Central to an undefeated basketball state title his junior year too.

It remains to be seen how much coach Painter would utilize Carr. With basketball likely starting now before football does he begin his career in Mackey? When we get back on a normal schedule how does he integrate with a rotation that would be established by December/January when football ends and basketball has already played 10 games or so? At minimum, he is a fun little toy Painter can deploy as needed. He is a Division I basketball talent that is essentially a free scholarship player for Painter.

I also instantly love him because his Twitter handle is @maliq_the_freq