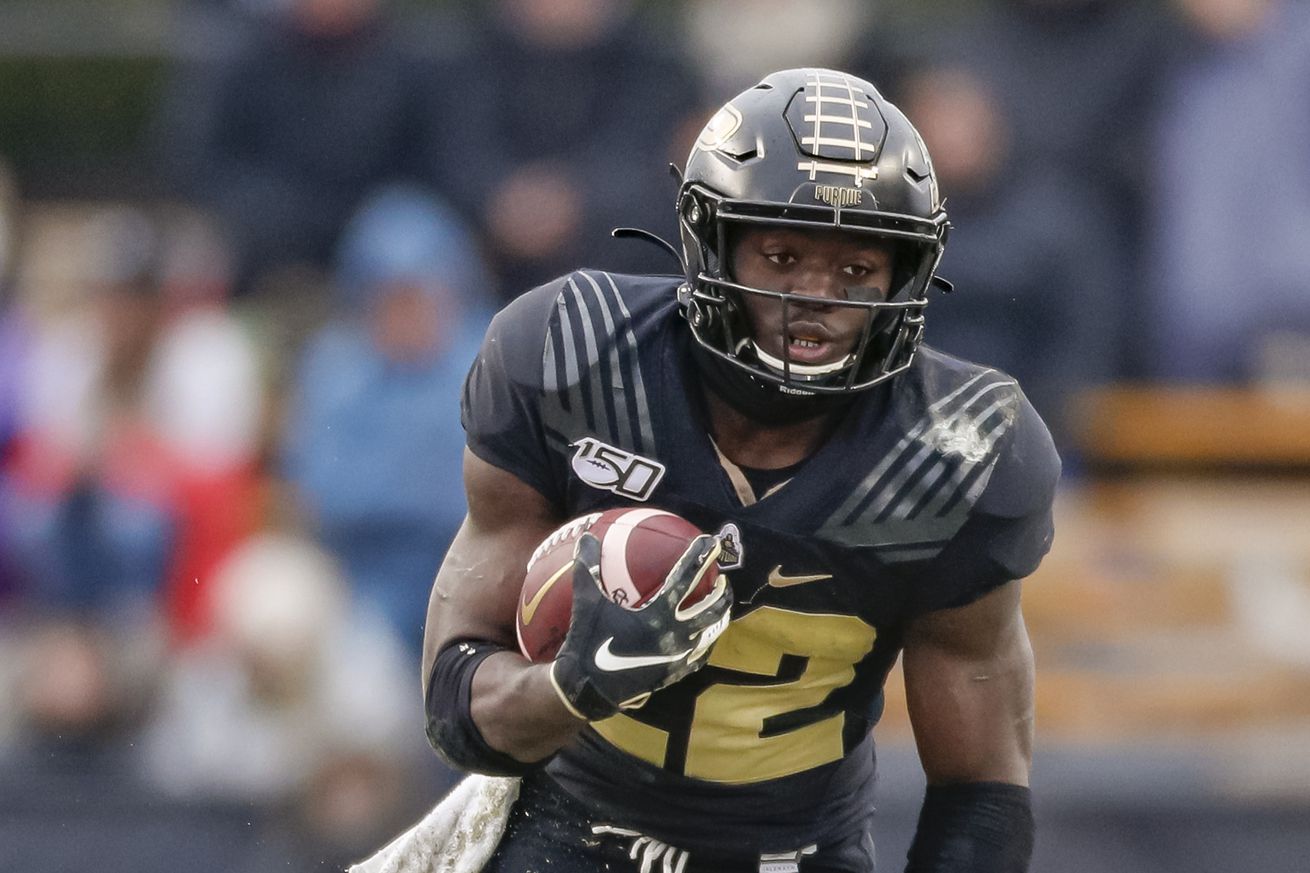 The sophomore was forced into the role as featured back last season.

Purdue entered last season in a bit of a pinch. Tario Fuller was the expected starter at running back, but broke his jaw in fall camp and was sidelined for much of the year. Richie Worship never got fully healthy from a torn ACL. That forced today’s player into a featured role early.

2020 Projection: starter at running back

Things kind of started slowly for Doerue last season. He only had one carry for one yard in the opener against Nevada, but a few weeks later he ran 20 times for 94 yards, caught four passes for 32 yards, and scored three touchdowns in the loss to Minnesota. He ended up finishing the year with a team best 451 yards and five touchdowns while catching 20 passes for 148 yards and two more scores.

That equals out to a pretty good first season for a guy. His 102 yards from scrimmage and two touchdowns garnered him a Big Ten Freshman of the Week Award. If there is a 2020 season, or should Purdue have to wait until the fall of 2021, Doerue should be a major part of Purdue’s rushing attack. He wasn’t particularly explosive with his longest run of 26 yards, but he knows how to get the tough yards and find the end zone. With him, Da’Joun Hewitt, and the incoming Tirek Murphy the Purdue running game is in good hands.