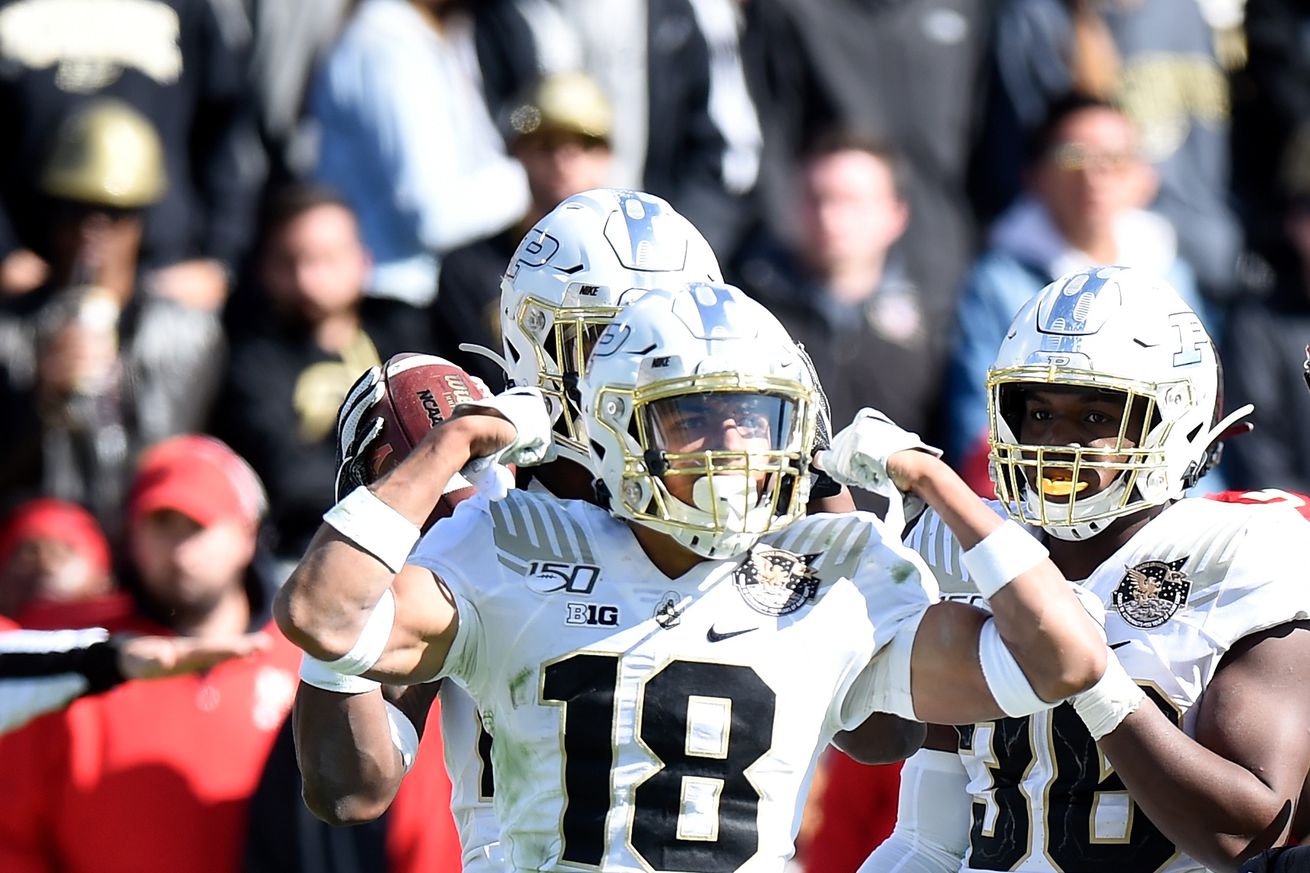 Both of today’s players were members of the 2019 recruiting class.

Today we feature a pair of players with promising futures. One emerged as a major contributor as a true freshman last year, while another is patiently waiting for his turn.

Purdue had a nice pipeline from southern California’s Villa Park for a while. Nick Sipe came to Purdue from Villa Park HS a few seasons ago before a back injury ended his career early. Purdue then got his backup as part of the 2019 recruiting cycle.

It is going to be a while before we see Piferi, too. The former three-star recruit is currently the fourth man in a three-way race for the starting QB job with Austin Burton, Aidan O’Connell, and Jack Plummer. As a senior at Villa Park he threw for 2,924 yards and 24 touchdowns as his team went 12-1, losing in the semifinals Division 4 CIF Southern Section Playoffs.

Piferi is probably going to wait a while to see the field, but the unfortunate circumstances with college football right now could be a window for him to jump into the QB race.

2020 Projection: Contributor at Defensive Back

Allen burst onto the scene last year as a major contributor on defense. He didn’t start, but he played in 11 games as a reserve. He finished with 32 tackles, broke up three passes, and got his first career interception at Northwestern. The Northwestern game was his best of the season with 8 tackles and the pick.

Allen is going to be in the mix as a starter if and when football returns. His athleticism is critical for the defense, and it was on display in his final high school season. He accounted for 61 touchdowns both rushing and passing as a quarterback at his high school, leading his team to a 14-1 record and a state championship.