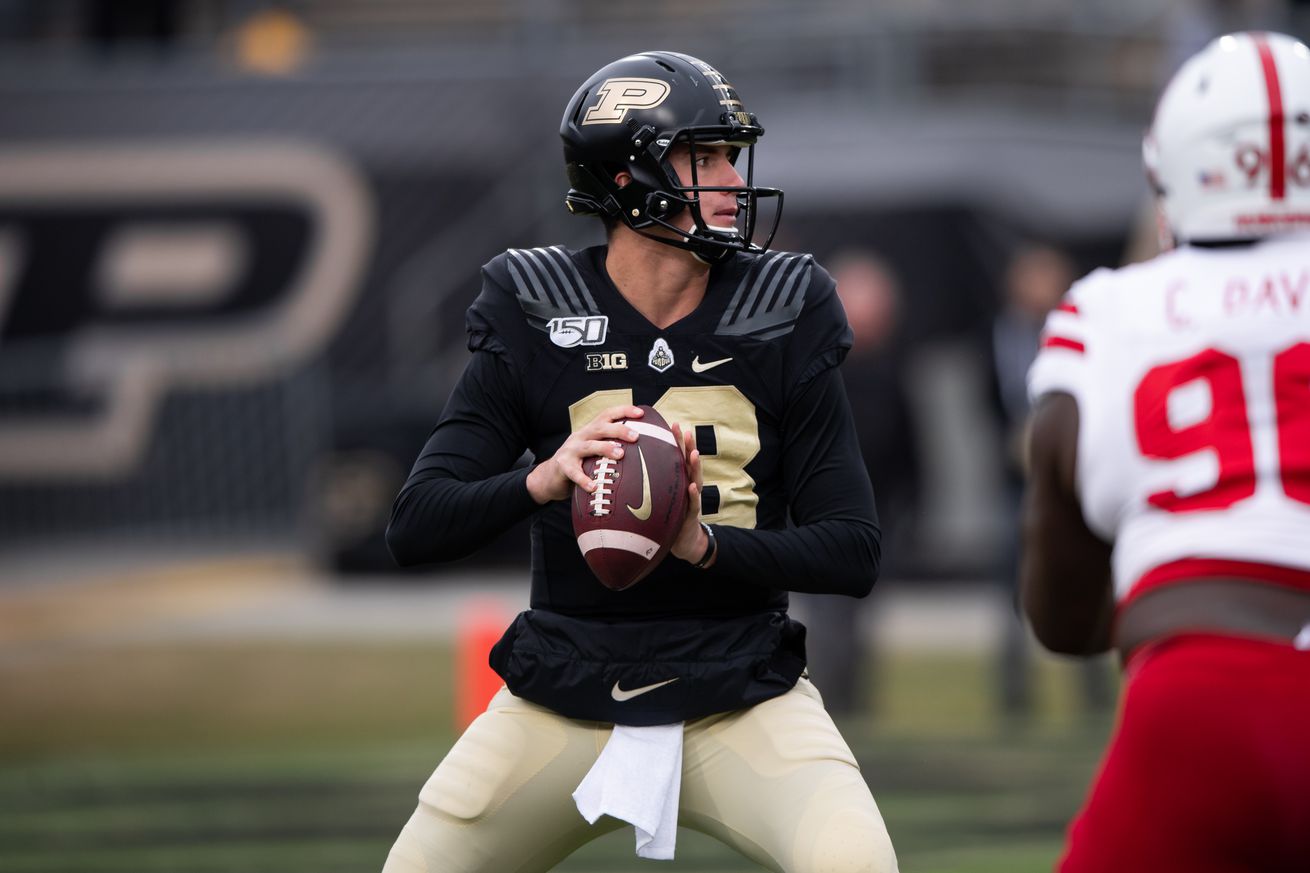 Both of today’s players will compete to start when football returns.

It is another two player day, so let’s get to the offense first.

Is Plummer the favorite to start behind center? So much happened to the Purdue quarterback plans last year that we don’t know. Plummer won the backup job as a redshirt freshman and after two games where Elijah Sindelar was throwing all over the place it looked like he would have a year (or two had Sindelar taken his sixth year) to prepare. Then Sindelar got a concussion vs. Vanderbilt, missed the TCU game, and broke his collarbone early vs. Minnesota.

Suddenly, Plummer was the guy. Thrown into the spotlight he was up and down. He struggled big time in his first three games against TCU, Minnesota, and Penn State. Against Maryland he had a fantastic game, throwing for 420 yards and three touchdowns just a week after getting sacked 10 times.

He would finish with 1,603 yards and 11 TDs against 8 INTS, completing 60% of his passes, before breaking his ankle against Nebraska. That ended his season, and with the emergence of Aidan O’Connell and trasnfer of Austin Burton he is in a three-way battle to hang on to his role as starter.

Howard was brought in to shore up Purdue’s secondary, and with the departure of Kenneth major he is going to have every chance to start at cornerback. He was a three-star JUCo recruit out of Texas that was definitely brought in to play immediately. Here are some highlights:

Howard is going to have every chance to start this year. He brings some significant experience that should help solidify the secondary.