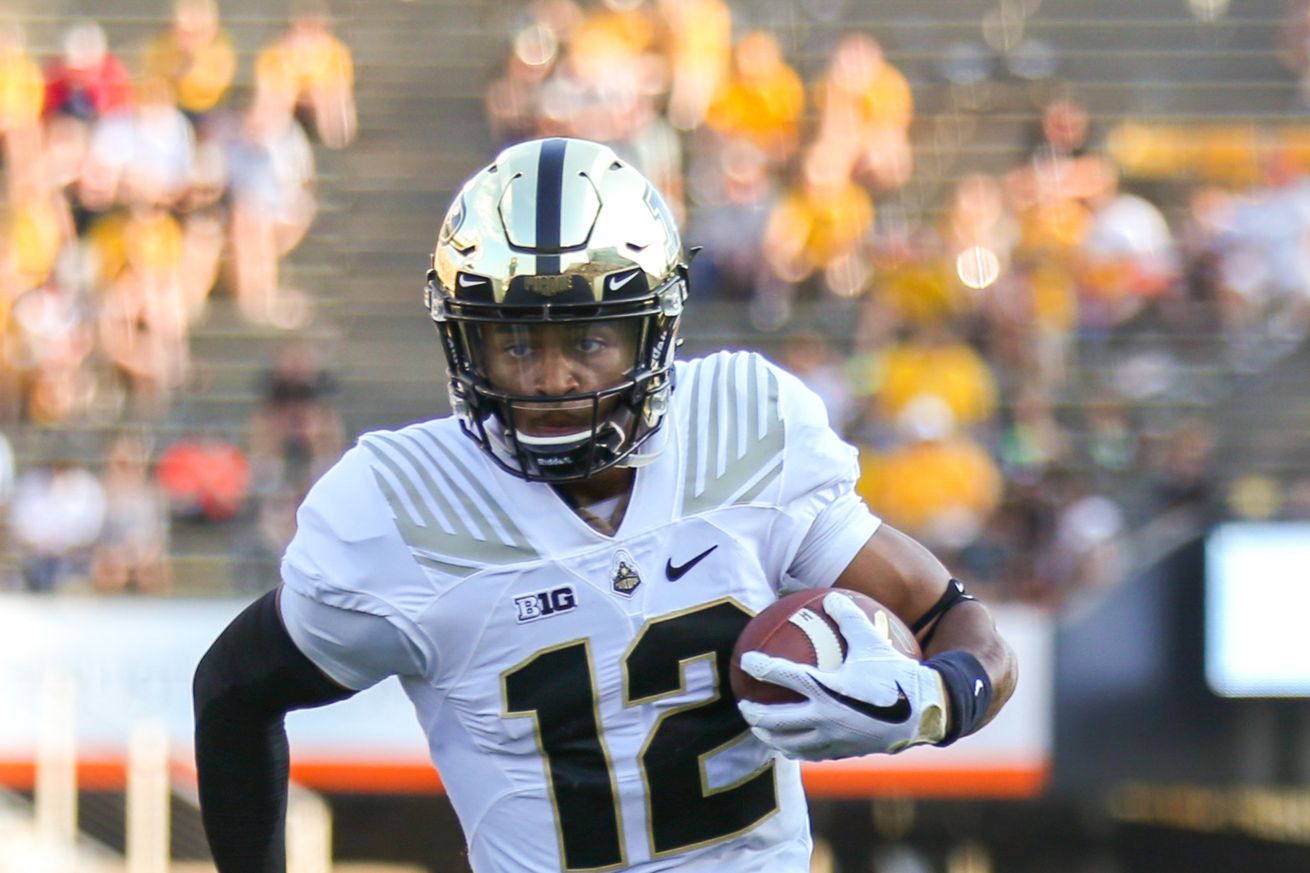 It is a known commodity and a redshirt freshman today.

Today’s first player is one that has been around for a while and hasn’t put up big numbers, but has been a versatile player who has done everything asked of him.

Purdue has a ridiculous amount of young talent at wide receiver, with numerous four-star guys as sophomores, redshirt freshmen, and true freshmen. That can cause you to overlook a guy like Sparks, who, along with Jackson Anthrop, is the fifth year senior leader in the room.

Sparks has been so many things, too. After coming to Purdue as a dual-threat quarterback in 2016 he spent 2017 as the third string QB behind David Blough and Elijah Sindelar. He didn’t attempt a pass that year, but he saw extensive action in the blowout at Missouri and began the transition to receiver. He ended up with 123 yards rushing and 222 yards receiving on 19 receptions.

In 2018 he made the full time transition to receiver, catching 28 passes for 274 yards. It really was 29 for 283 and a touchdown, but his potential game-winning touchdown against Missouri was questionably wiped off the board on review (and much like the Kenneth Major interception at Nevada last season it cost Purdue a win). That was also the second year in a row he matched up directly with his brother Adam, as the two were fortunate to have the Purdue-Missouri home and home against each other. Even though he was a receiver, he did attempt one pass and completed a 7-yard TD to Blough at Illinois.

Last season was probably his most frustrating. He caught 8 passes for 108 yards, including his first career touchdown against Vanderbilt, but an ankle injury limited him to only three games: Nevada, Vanderbilt, and Iowa.

When football returns Sparks is going to be a reliable leader in the receiver room along with Anthrop. They both may not put up big numbers, but they are going to be invaluable in getting the young guns ready.

We know one defensive end this coming season. Barring injury, George Karlaftis has one spot on complete lockdown. The other spot is somewhat open, and in the shifting Bob Diaco defense Hunter will have a shot.

Hunter was a three-star prospect in the 2019 class After a monster senior season in high school. He had 113 tackles and 12 sacks with an interception and two forced fumbles. Those are “you cannot block this guy at the high school level” numbers.

I am very curious to see what Hunter does after a year in the weight room. He has excellent size to play on the end and with Karlaftis getting a ton of attention he can find a spot to thrive.