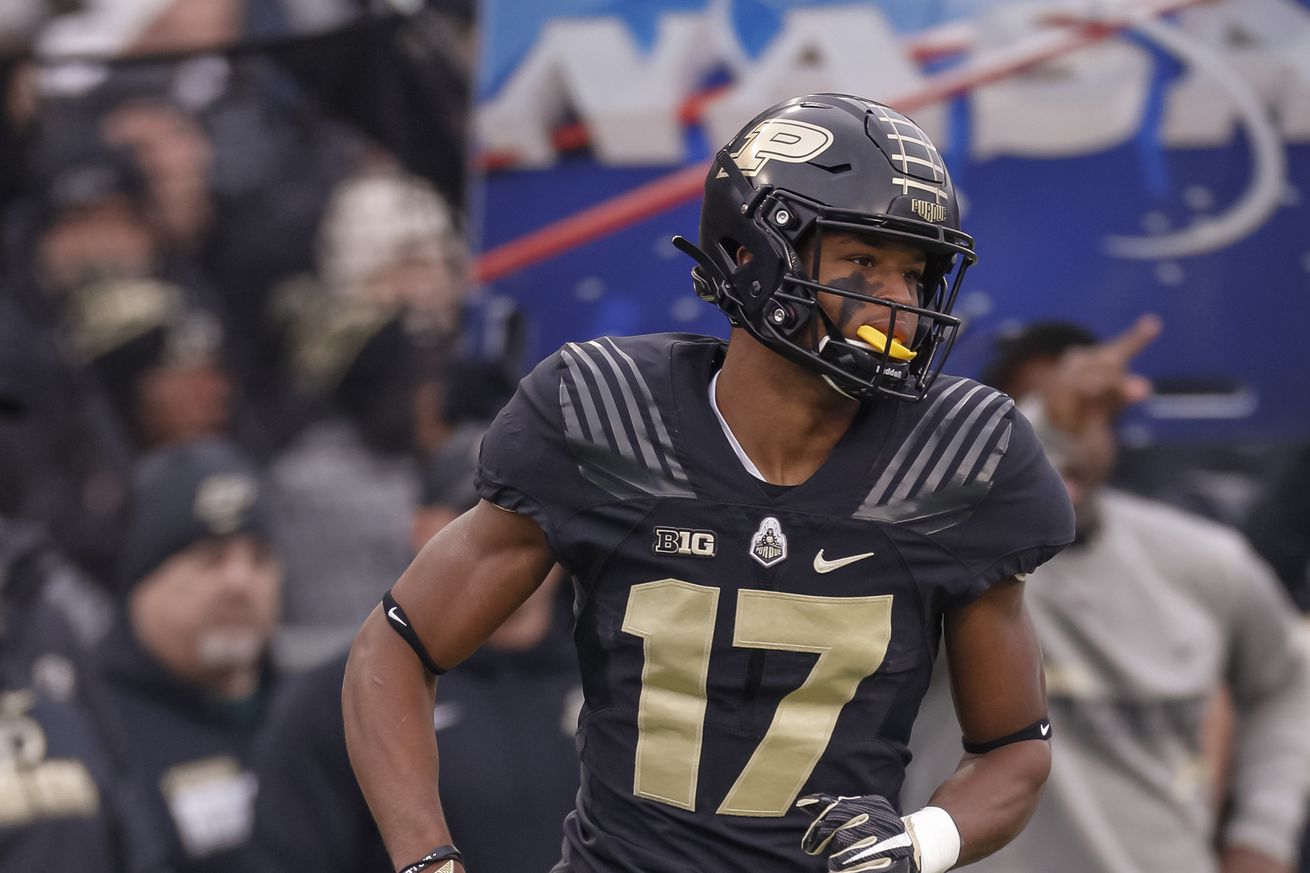 Today was supposed to be Scott Frost Day.

For the first time ever Purdue has a No. 0 on the roster. The NCAA recently approved that you could wear No. 0, so today’s player snatched it up after wearing 17 last year.

Stop me if you have heard this, but Purdue has a very promising four-star receiver to play with. While Wright did not have a David Bell/Rondale Moore like freshman season in 2019, he did see the field extensively. He played in 11 games and started five, catching 18 passes for 288 yards and a touchdown.

He even showed his versatility by throwing a 37 yard touchdown pass to Brycen Hopkins on a trick play at Wisconsin.

With Wright Purdue has pretty much a complete set of tools. TJ Sheffield and Jackson Anthrop are the speedy slot guys. David Bell and Jared Sparks are the possession guys that will move the chains. Wright is the deep threat. He is a big, strong receiver that can be effective downfield. Look for him to improve greatly this coming season (whenever it comes). With them, plus Maliq Carr and Abdur-Rahmaan Yaseen Purdue has some of the best receivers in the league.