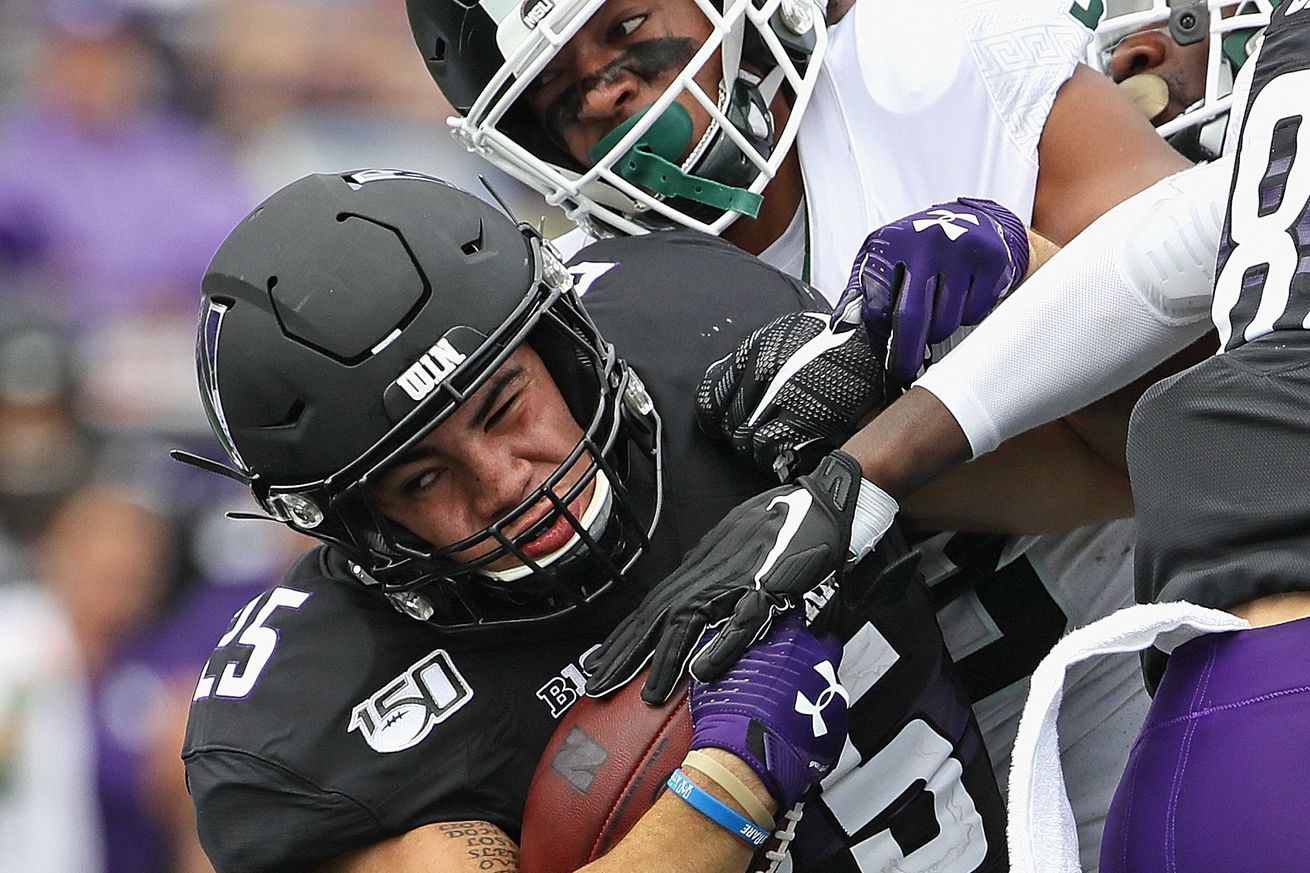 It’s a raw day in West Lafayette, get ready for the Northwestern rushing attack.

Welp, this isn’t ideal for Purdue.

It’s a cold, rainy, windy day in West Lafayette and that plays directly into the hands of Northwestern. The Wildcats are built to run the ball, get up, run the ball again, and if that run didn’t net a first down, line up and do it again. That’s a winning strategy in the peat bog that Ross-Ade will turn into at some point today.

Pat Fitzgerald is going to rely heavily on the running game that’s propelled him to a 3-0 start in the Big10, and he’ll utilize a number of ball carriers to get the job done.

Note: Bowser missed the last game with an injury. He is averaging 24 carries per game in his two starts this season

Note: Northwestern is 2nd among teams who have played 3 games, behind Ohio State.

Northwestern wants to run the ball, and they don’t particularly care who does the running. Bowser is a 6’1, 220 bruiser who prefers to run over defenders. Anderson is a 5’11, 190 pound speed back who can leave defenders in the open field. Peyton Ramsey is a 6’2, 220 pound beefy quarterback who won’t hesitate to drop a shoulder and pick up a first down when the need arises.

This mix of power and speed allows the Wildcats to control the game with their rushing attack and papers over some of Ramsey’s short comings in the passing game. They tend to stay on schedule and are converting roughly half of their third downs, which is good for them because they face a bunch of 3rd downs.

This is a balanced, old school Big10 rushing attack.

What It Means For Purdue

Purdue has to win the early downs today. The weather plays into the Wildcats hands. You’re going to get Bowser and Ramsey between the tackles, with Anderson attacking the edges of the defense. I expect to see more 4 man or 5 man fronts out of Bob Diaco than we’ve seen so far this season. He’s has to get defenders into the backfield because Northwestern is more than happy to average 4 yards a carry and march down the field behind it’s offensive line without putting the ball in jeopardy. It wouldn’t shock me to see Ramsey in single digit passing attempts. It would shock me if he breaks 20 attempts (if he does, Purdue is up big).

This game is going to test the depth of at defensive line, and that’s concerning with George Karlaftis, at best, limited. Guys further down the depth chart are going to need to step up and make their mark today, both in the front 4 and at linebacker. This is going to be an old fashioned rock fight and the bench guys in the front 7 need to start searching for the biggest rock they can carry.

This game is simple.