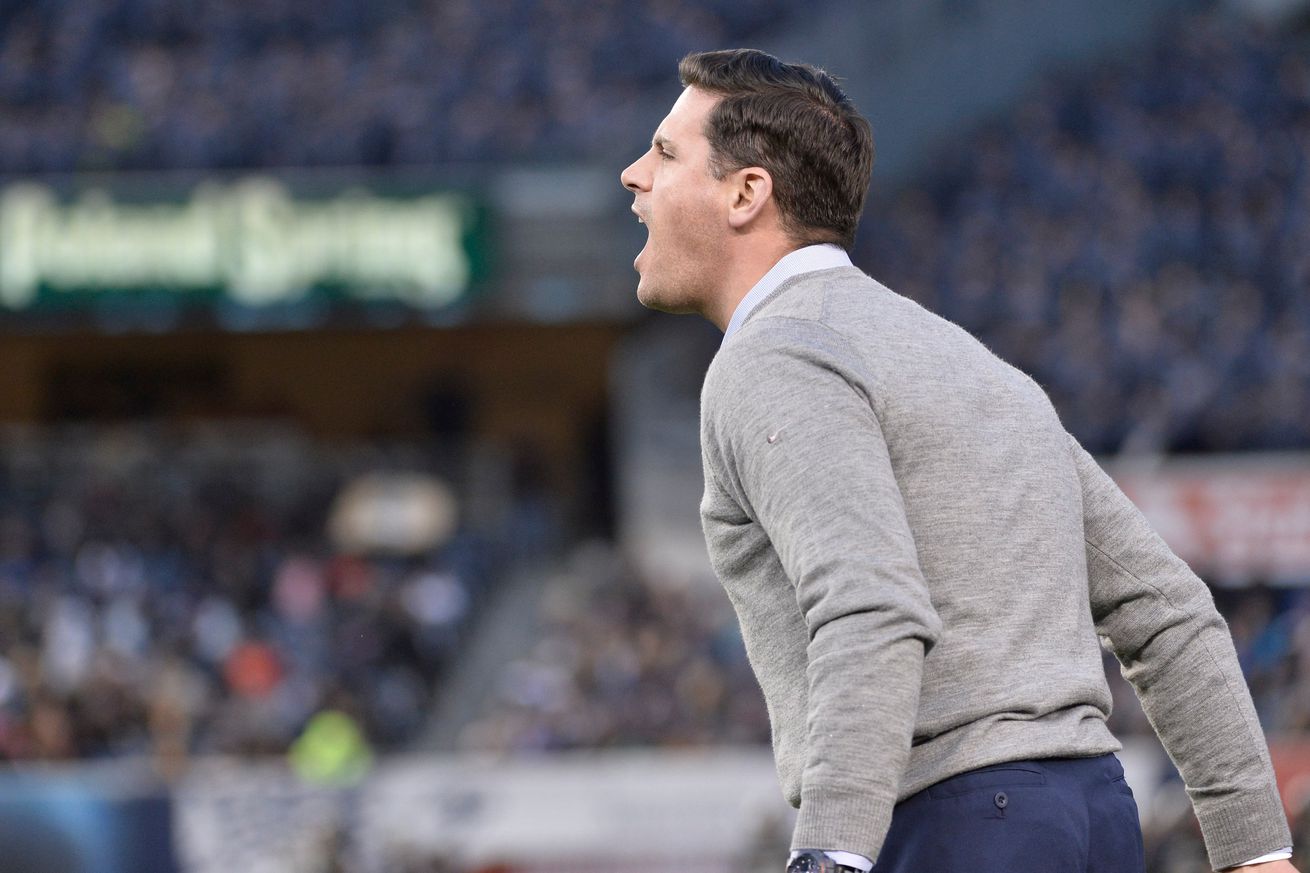 No, this isn’t an April Fools joke. To understand where Purdue is going on defense, Notre Dame is a good place to start.

First off, I want to clearly and unequivocally state that I hate all things Notre Dame, including Indiana basketball.

He had the guys he wanted, where he wanted them, playing in his system, and it was impressive. The Fighting Irish finished 7th in total defense, 2nd in scoring defense, 11th in rushing defense, 25th in passing defense, 16th in pass efficiency defense, 22nd in sacks, 8th in first down defense, 7th in red zone defense.

Notre Dame was getting it done on defense in 2012.

I thought it would be interesting to take a look at Diaco’s defensive depth chart in 2012 and see how that might translate not only to Purdue’s 2020 defense, but to defensive recruiting moving forward.

I’ll do this in a few articles, because it’s long, and we’ve got some time to kill.

Since the unique aspect of the defensive is the 3 man front, that’s where we’ll start.

The obvious thing that stands out is the size of the line. This is standard in a 3-4, because you’re asking the linemen to play 2 gaps. You want big sturdy guys up front that can eat up blockers and keep your linebackers clean. All of Notre Dame’s starting defensive linemen were at, or over, 300 pounds.

Only 2 players were under 300 pounds on their defensive line depth chart, and they were over 280.

In terms of production, Louis Nix led the defensive line in tackles. I can’t find the exact snap count snaps, but based on his back ups production, I think it’s safe to say Nix rarely came off the field.

Tuitt was the star of the line, and provided the majority of the pressure for Notre Dame. his 13 tackles for loss and 12 sacks both led the team in those categories.

Lewis was a durable player that beefed up from a 230 pound freshman defensive end to a 306 pound defensive end over his 5 year career in South Bend.

Day was the most productive reserve, even as a freshman, sharing time with Lewis and putting up respectable numbers in limited time.

When compared to the 2012 Notre Dame line, Purdue’s 2020 is significantly under sized. Out of the 6 players listed, only 3 are over 300 pounds. In fact, Purdue only has 3 300+ pound defenders on their roster. There are two players currently under 280 in this projected 2 deep, and I’m making a huge guess in putting Faucheux in the 2 deep over someone like Jeff Marks or Branson Deen (bothunder 280).

Karlaftis, in particular, stands out as being smaller than the prototypical 3-4 defensive end. He’s closer in size to and outside linebacker than a defensive end in a typical 3-4 scheme. His relentless effort is going to have to win the day for George, because when Purdue lines up in a 3 man front, teams are going to try and steamroll him with double teams.

Out of the reserves, I expect Johnson to play a key role in the front. If teams start running the ball down Purdue’s throat, look for Johnson to come in for Karlaftis and try and better anchor the front. I wouldn’t be shocked to see Karlaftis play some outside linebacker against physical run teams.

The other two reserves are a guess on my part. Sullivan received some burn at defensive tackle last year. If he comes in bulked up in 2020, which was always the plan with Sullivan, he could play a significant role as a reserve.

Faucheux is a blind guess after redshirting in 2019, but he fits the size profile nicely, and if he can get and stay healthy, I think he’ll been a crucial piece of the defense at defensive end moving forward.

Neal is the key player in front 3. He’s got to be healthy, and he’s got to be ready to soak up snaps at the nose. Johnson is a decent second option, but after that Purdue doesn’t have a nose. Look for Neal to lead the defensive front in tackles, and potentially tackles for loss. If he stays healthy, this thing might work. As we saw last year, if he goes down, Purdue is in a world of hurt straight up the middle, and that spells disaster in a 3-4 defense.

Out of all the players on the roster, Watts may benefit the most from the switch to the 3 man front. Much like Neal, Watts must stay healthy for the defense to work. Diacco loves to kick down a defensive end to defensive tackle and move a linebacker to end to give a 4 lineman look. Watts is the obvious player to kick down, because he’s played defensive tackle his entire career at Purdue. Only being able to kick down one end limits some creativity for Diaco, but that’s the roster he has to work with at the moment.

The player I’m most interested in watching is Karlaftis. He led Purdue in TFLs last season and tied for the lead in sacks. In theory, Purdue played a 3 man front last year as well, but let’s be honest, Barnes was essentially a defensive end, regardless of his official title, and spent most of the game rushing the passer. This is an actual 3-4, which will ask some interesting questions of Karlaftis.

He’ll be the target of the oppositions run game. He has to be able to hold up against double teams and keep the linebackers clean. That’s how the 3-4 traditionally works (warning, I’m about to talk about Clemson). Last season, Clemson switched to a 3 man front, and played 2 undersized ends. Xavier Thomas, Clemson’s star 5* defensive end, was expected to build off a promising freshman year and dominate as a sophomore. He bulked up to play defensive end in a 3 man front as a sophomore and lost a step of explosion, only recording 1.5 sacks after being on many preseason All-American watch lists.

Karlaftis is a little different player than Thomas. He uses relentless effort and strength, as opposed to Thomas, whose game is more based on explosion off the edge and beating tackles with speed. My hope is that Karlaftis is able to split a good number of double teams and get into the backfield. He’s going to have to be slippery next year if he wants a repeat of his impressive freshman campaign.

Purdue did not recruit interior defensive linemen well under Holt. Lawrence Johnson is the only player over 300 pounds that Purdue managed to sign during his tenure. 2 of the 3 projected starters on next year’s defensive line are Hazell recruits.

Nose guard moves to the top of Purdue’s recruiting priorities this year, and every year moving forward. This defense doesn’t work if you’re soft in the middle. Once Neal leaves, Johnson should be able to man the position, but I don’t seen anyone else capable on the roster of growing into the position.

I think you’ll see Purdue look hard at the JuCo and grad transfer market short term to fill the position, because nose guard is one of the hardest spots to fill through recruiting in college football. Look for Purdue to roll the dice on some big guys fit the size profile, but not normal recruiting ranking profile in an attempt to find a nose tackle.

You will see Purdue sign more defensive tackles under Diaco, because they’re going to play end now. Bryce Austin in the 2020 class and Steven Faucheux from the 2019 class are both excellent examples of the type of high school defensive tackles that should translate well to defensive ends in the 3-4.

I expect to see a drop off in defensive end recruiting numbers over the next few seasons. Strong side defensive ends should comprise the majority of takes for the Boilermakers. These are guys they Purdue can get into the program and build up into 3-4 ends more readily than weak side speed rushers. The profile Purdue will recruit to are taller guys (6’4+) with frames they can fill out. Much like Notre Dame did with Lewis under Diaco.

Holt did a decent job of recruiting taller ends like Hunter (6’5), Hudgins (6’4), and Sullivan (6’5) so the cupboard for Purdue is better stocked at end than nose guard moving forward. These guys probably won’t end up as 300 pound monsters, but I could easily seeing all 3 play at 270+ (Sullivan already does, I’m hoping he’s playing at 280+ this season).

You might see Purdue sign a few weak-side defensive ends, but expect those guys to get moved to outside linebacker as soon as they step on campus. I don’t see many under sized speed rushers to stick on the defensive line under Diaco.

The best defense in Diaco’s career featured a mammoth defensive front. I expect him to try and replicate that at Purdue. He’s got an uphill battle to fill the roster out with the jumbo linemen he covets using only high school players. Look for Purdue to be active in the JuCo and transfer market to fill in the defensive line until high school recruiting (in addition to the weight room and training table) are able to catch up.