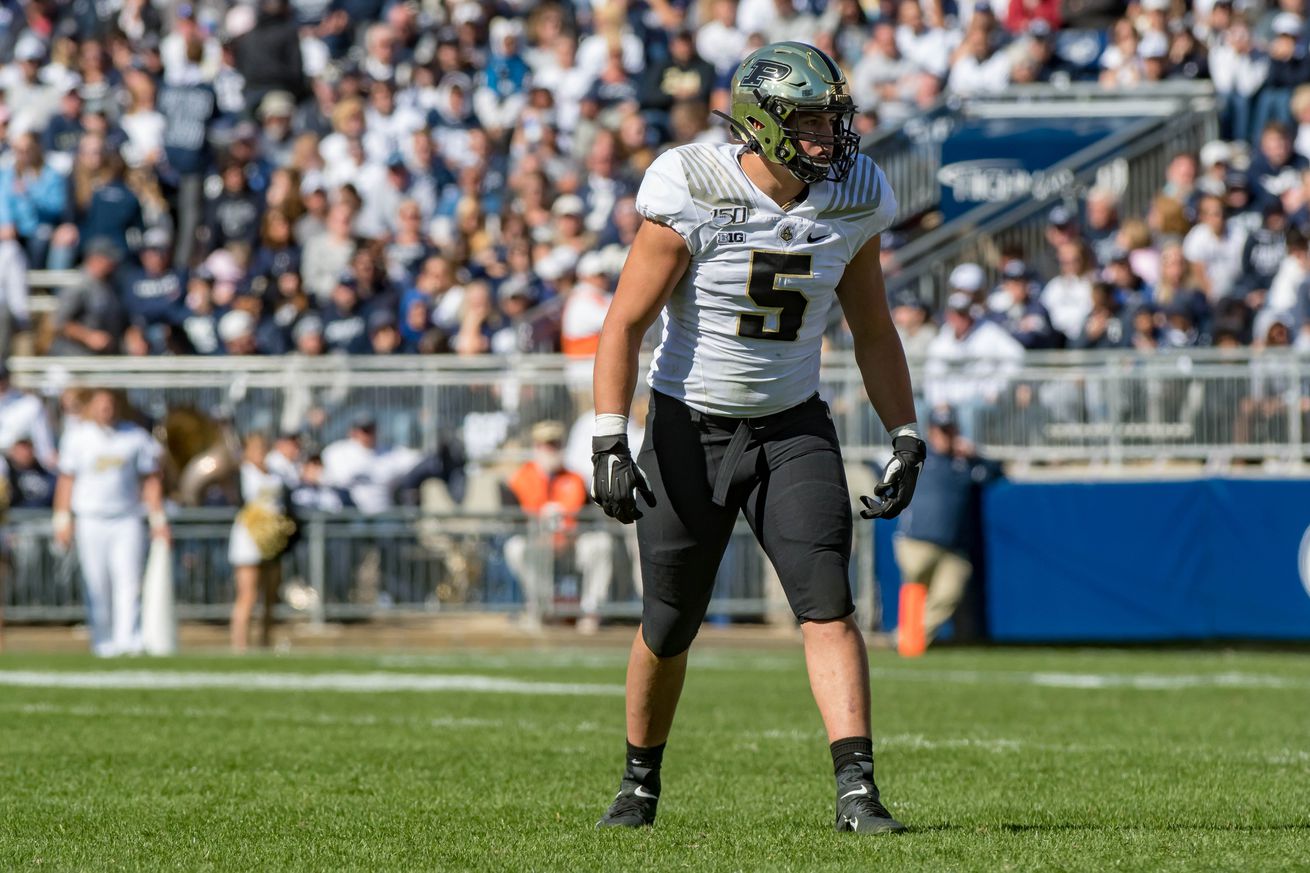 Bad news on the Rondale front, but positive news elsewhere.

We’ve got some late breaking news on the roster front, and it’s mostly good news.

Tom Dienhart of Gold and Black is out doing the lords work with his media pass and clearing a few questions up before kick.

Maliq Carr is warming up.

Sam Garvin is snapping to Aidan O’Connell in warmups.

The Karlafits news is the huge. It’s an all hands on deck game for the defensive front 7 against a Northwestern attack that specializes in wearing opponents down with a punishing run game. Having George available will be huge, even if he’s not 100%.

Garvin is the other big gain for Purdue. Plugging him back into the lineup helps tremendously with the interior offensive line depth. With the current weather conditions, this game is going to be fought in the trenches, and having your starting center available is huge.

While on the surface, the return of Anthrop may not seem like a big deal with Purdue’s other options at wide receiver, but I’m interested to see if he fields punts. This is a “fair catch, don’t drop it in the slop” punt return type of day and having Anthrop’s experienced hands available to field fair catches is potentially huge. This is just the type of game that could turn on a muffed punt.

Having Doerue back gives Purdue another bruising back to help push through the wind and slop. Purdue’s been more than getting by with Horvath, but he’s pretty much it in terms of carrying the ball. If King is ready to go, I expect to see him tote the rock a few times.

Finally, Carr is more of a luxury but having a big bodied receiver in the slot to help with short passing game is important. I don’t expect many down field throws today, but a 5 yard drag route is still in the game plan and Carr can make things happen after the catch. Plus I’m still waiting for him to destroy a defensive back, and this seems like a good day to plant someone in the turf.

Dressed and available aren’t necessarily the same things, but I don’t think the guys would put the pads on today without having a good chance of seeing the field. Garvin snapping the ball to O’Connell is a good indication he’s going to play at the very least.