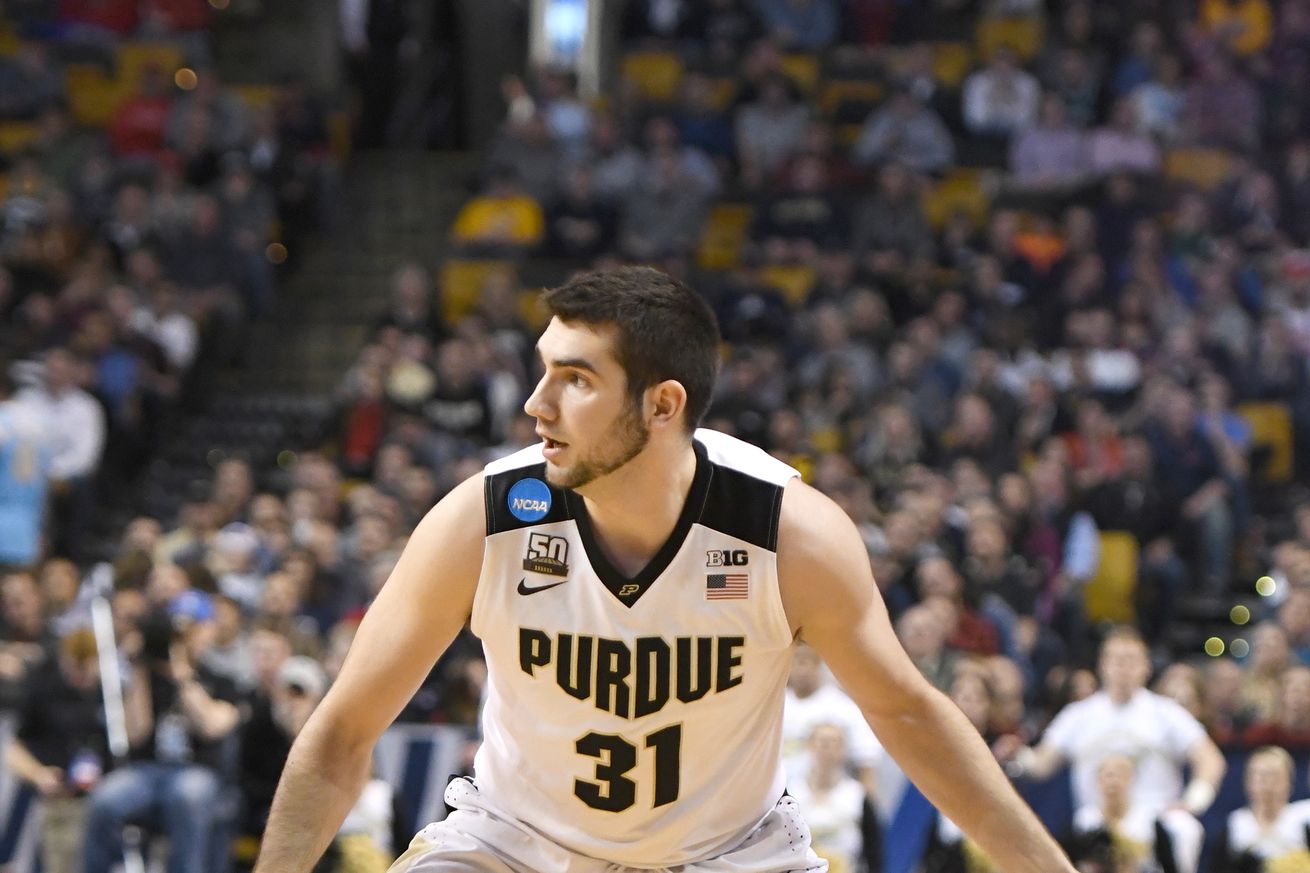 Isaac McKneely took to Twitter last night to announce that he received an offer from Coach Painter.

Beyond blessed to have received an offer from Coach Painter and Purdue University! pic.twitter.com/akTW8Ya3o3

McKneely, a 4* for the class of 2022 out of West Virginia appears to be a WVU lock, when looking at 247 Sports, but it never hurts to get into the running for a pure shooter.

Coach Painter said a few years back, he wants a pure shooter in every single class he recruits, McKneely would check that box for the 2022 in class.

In fact, the 46th ranked recruit for the 2022 class reminds me a lot of former Boilermaker, Dakota Mathias, whose silky jump shot has him as one of the best players in the G-League right now.

At 6-4, 175 Pounds, Isaac has the ability to play that combo guard role that we often saw Dakota play, where he would be the primary ball handler at the point guard position.

While his shooting touch might be his best quality, Isaac also has solid vision after watching some of his film from his sophomore season. He does an excellent job of driving to the bucket and dishing it late to his teammates for open jump shots and lay ups.

It is early, but it is never too early to take a look at the guys that might be future Boilermakers.

Best of luck this upcoming season, Isaac. Boiler Up.