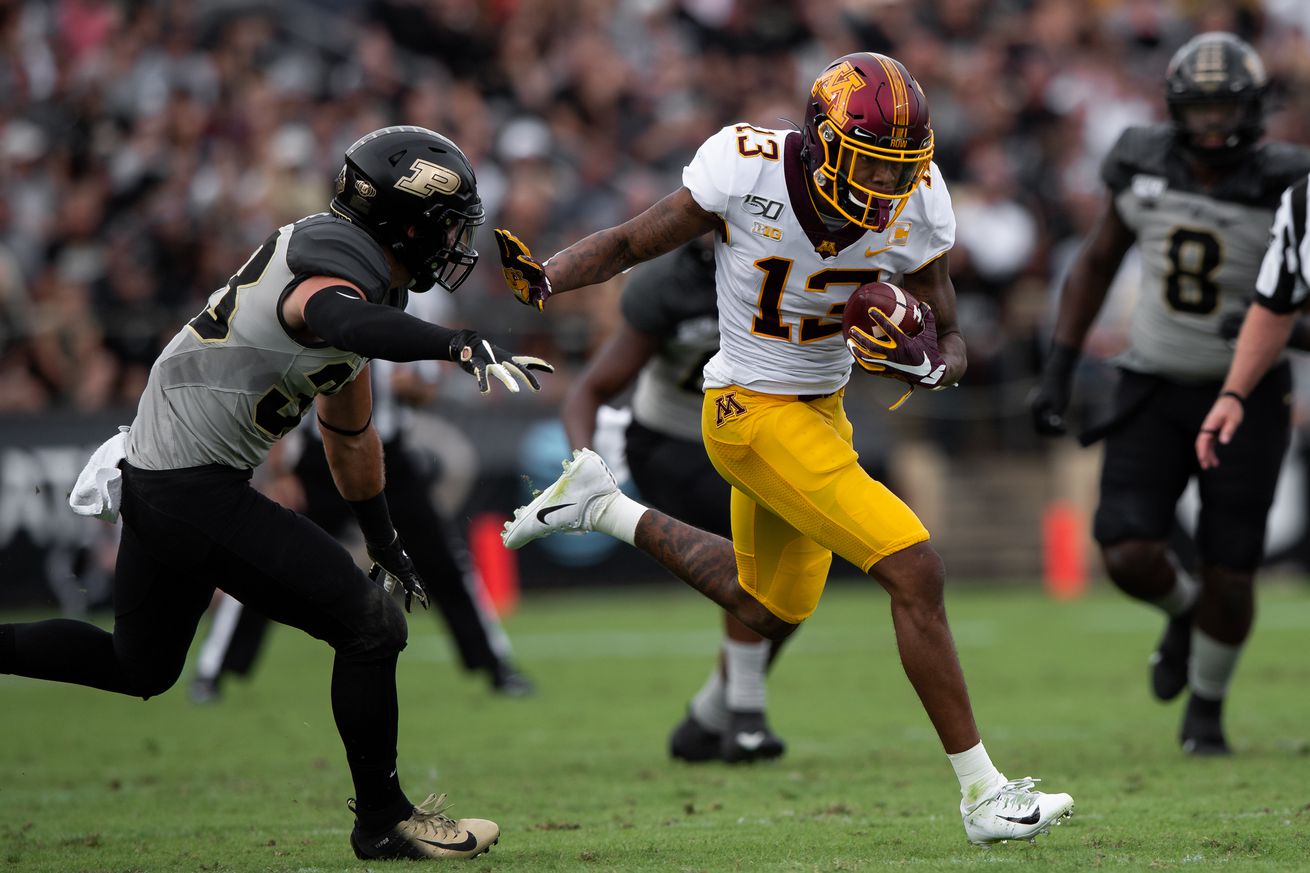 Purdue looks to break its hex in TCF Bank Stadium.

It’s Friday night football in Minneapolis! Coming off of its first loss of the season Purdue looks to get back on track by facing Minnesota, a team that had high expectations on the year but has beens struggling in the first half of the shortened season. The Gophers re off to a 1-3 start with only a blowout win over Illinois. They were drilled by Michigan and Iowa, and they fell completely apart in a one point overtime road loss at Maryland.

This is still dangerous and talented team. They have dominated the series with Purdue of late, winning six of the last seven games. Purdue has also not won in Minneapolis since 2007, meaning it has never won in their new TCF Bank Stadium. The closest result was a 39-38 loss in 2014 on a late field goal.

A Purdue win restores some faith and sets up a promising closing stretch, while a loss would raise a lot of questions.