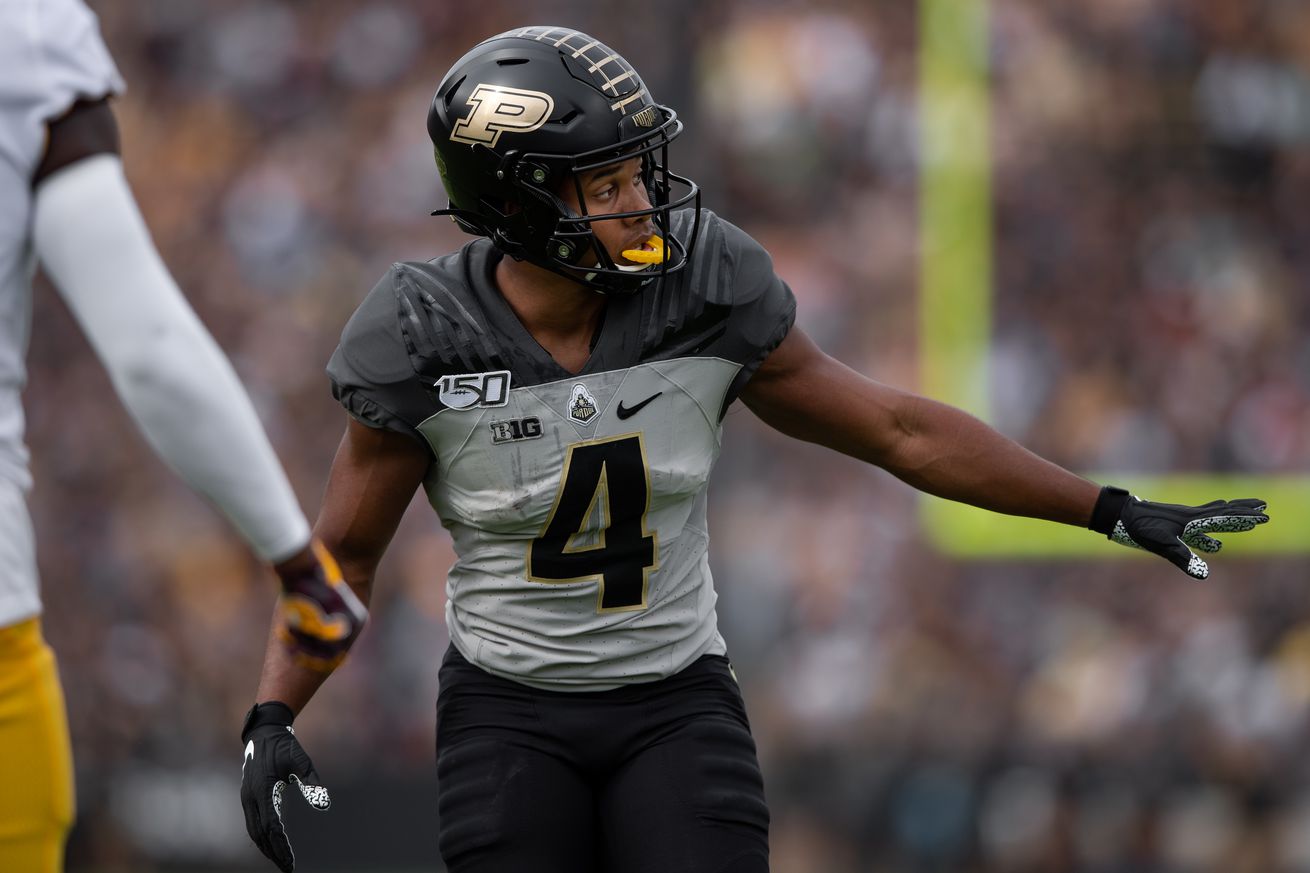 …and Rondale will be back.

You see, I have a Playstation 3 still. I kept it even when I upgraded to a PS4 because Red Dead Redemption 2 is awesome. I also still happen to have a copy of NCAA ‘14. Now, normally, this would be troublesome. This final edition of the beloved EA Sports franchise happens to start its regular season and dynasty modes with the 2013 season. While we would like to forget, the 2013 season was not kind to Purdue at all. In fact, it was a complete disaster.

There is good news, however. There are people online that have kept the game alive all these years. The good people at Operation Sports have created roster files for each season. This is an exhaustive process where dozens of people have combed through athletic department websites to create the rosters as accurate as possible. They have done a fantastic job with creating rosters that have accurate abilities, height, weight, eligibility, and more for players, and they do it for all the FBS teams that existed at the time the game was released. They maintain them for both PS3 and XBox.

Last week I downloaded their file and tested it out. Not only did it have a remarkably accurate Purdue roster, it had all the other teams as well. In fact, Purdue’s was so up-to-date it didn’t have Rondale Moore. That was an easy fix, however. The in-game rosters are limited to 75 players and it is hard to cut one to add a create-a-player, but you can edit pretty much any player in the game to the attributes you want. So, sorry Chris Van Eekeren, who was on the roster as the reserve kicker. You have now been converted into Rondale Moore, and since I can also edit his player attributes and skills, I made Rondale a god (99 rating).

So you’re damn right, RONDALE IS BACK, BABY, IN UNSTOPPABLE VIRTUAL FORM!

With all that in mind I am happy to announce that I will be playing the entire 2020 each season on Saturdays as originally scheduled. It can be tricky because, while I can change the non-conference opponents in dynasty mode, the conference schedules, especially after adding Rutgers and Maryland in the customer conference mode (No, they were not in the B1G at the game’s release) are created at random and not very accurate. As a result, here is my plan:

I am going to go game-by-game in the exhibition mode – This can be fun in a couple of ways. First, you can do the live weather at each stadium as one of the options. If it is pouring rain on September 5th in Lincoln, Nebraska it can be pouring rain in the game too.

I am playing the original 2020 schedule – Yep, Memphis, Air Force, and Boston College will be on the slate. I’ll be playing each game on their originally scheduled Saturdays, too.

Opposing teams also have accurate 2020 rosters – That’s what makes this fun. The roster file has the other teams too and the skill levels for each have been adjusted.

Difficulty level is All-American – I want this to be fairly realistic. I am pretty good at the All-American level, but haven’t tried Heisman so I would get smoked. On All-American I am good, but there is a chance I can lose. Also, each game is a one-shot deal.

Yes, I will keep stats – Since I have to go game-by-game in exhibition mode the game won’t keep cumulative stats, but I grew up in the 90s. I have kept video game stats on pen and paper, so now with the miracle of Excel it will be easy.

Why not create a league? – It appears the online create a league feature no longer exists and I can’t figure out how to set up an individual game with someone else, otherwise I was going to go a step further and get the entire Big Ten SB Nation contingent to participate in the full online league schedule.

Can readers watch? – Normally I am quite averse to e-sports because they are in no way sports, but we’re in desperate times. I suppose I could try to set up a Facebook live if there was actual interest in watching a 40-year-old man play a 7-year-old video game.

Don’t you have better things to do? – Probably, but my 7-year-old likes to play, so it is father-son bonding.

So that is the plan right now. It is somewhat like what Ricky O’Donnell is doing at SB Nation with his Western Illinois NCAA basketball dynasty. I was going to a game wrap each week on Saturday as we dream of the real thing.

Feel free to let me know of anything you would like to add to the plan like game previews, etc. The nature of having to do it this way means no in game recruiting either, but hopefully we have real football next fall and I don’t have to do this again.