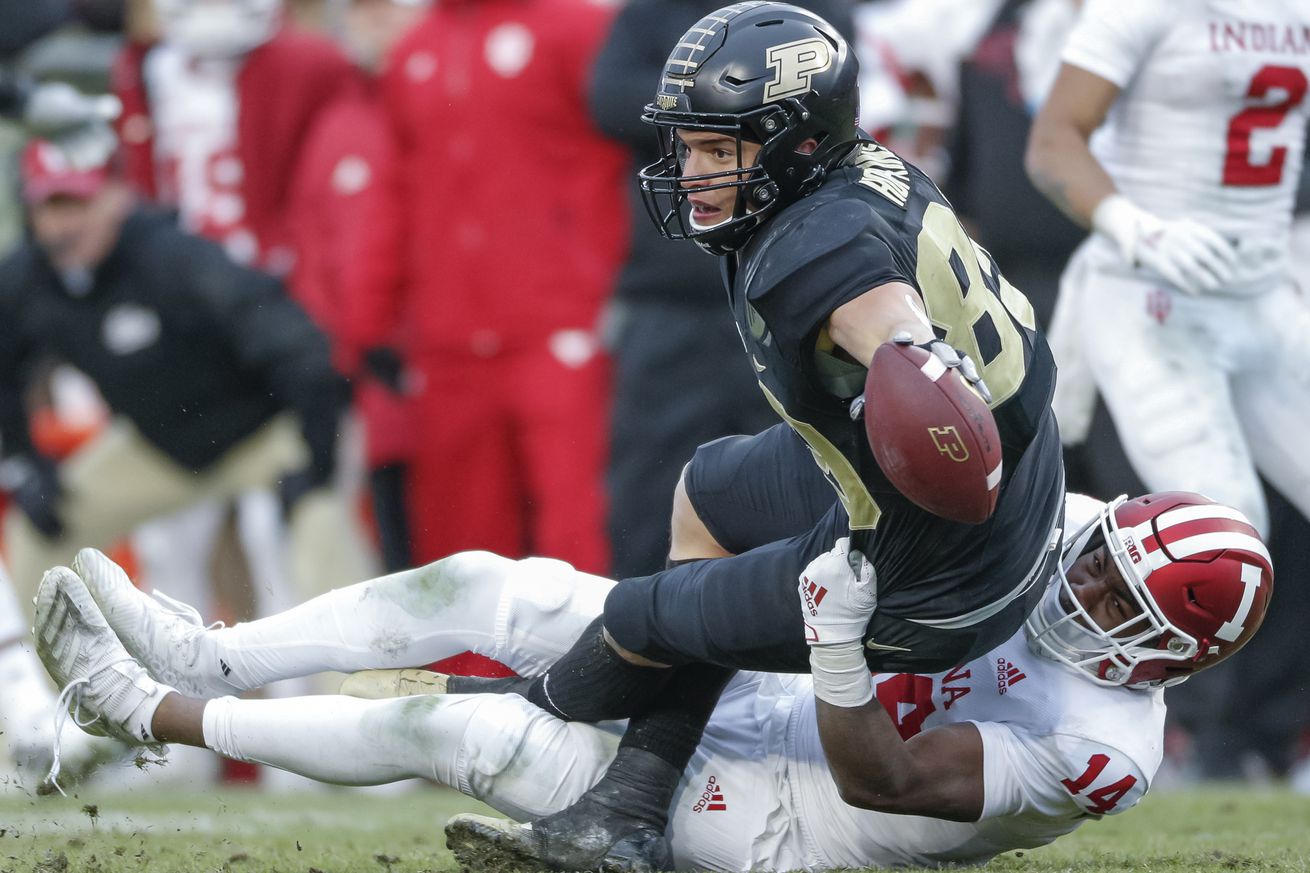 The Star Tight End is a sure bet to hear his name.

Experts Say: 2nd to 4th Round

What We Know: Brycen was the best tight end Purdue has had since Dustin Keller. In all honesty, he was robbed of the Mackey Award for the nation’s best tight end. In his 4 years at Purdue, he was just under 2,00 receiving yards with 16 touchdowns.

This past season, he was over 800 yards with 7 touchdowns, making his draft stock sky rocket. He backed it up too, with one of the best combines for a tight end. 4.66 forty, 33.5 inch vertical and 21 bench rep, quite frankly, he showed out.

I wish he had a pro day to show even more of his route running ability, as he is a great route runner. I do think he lacks a bit in the blocking aspect of being a tight end, but in today’s NFL teams want their tight ends to be mismatches in the pass happy league – Brycen is just that.

Prediction: I believe he gets taken in the mid 3rd round, somewhere in the 70s to 80s. He would be a great pick for the Colts, Saints, Cardinals or Bucs in my opinion.