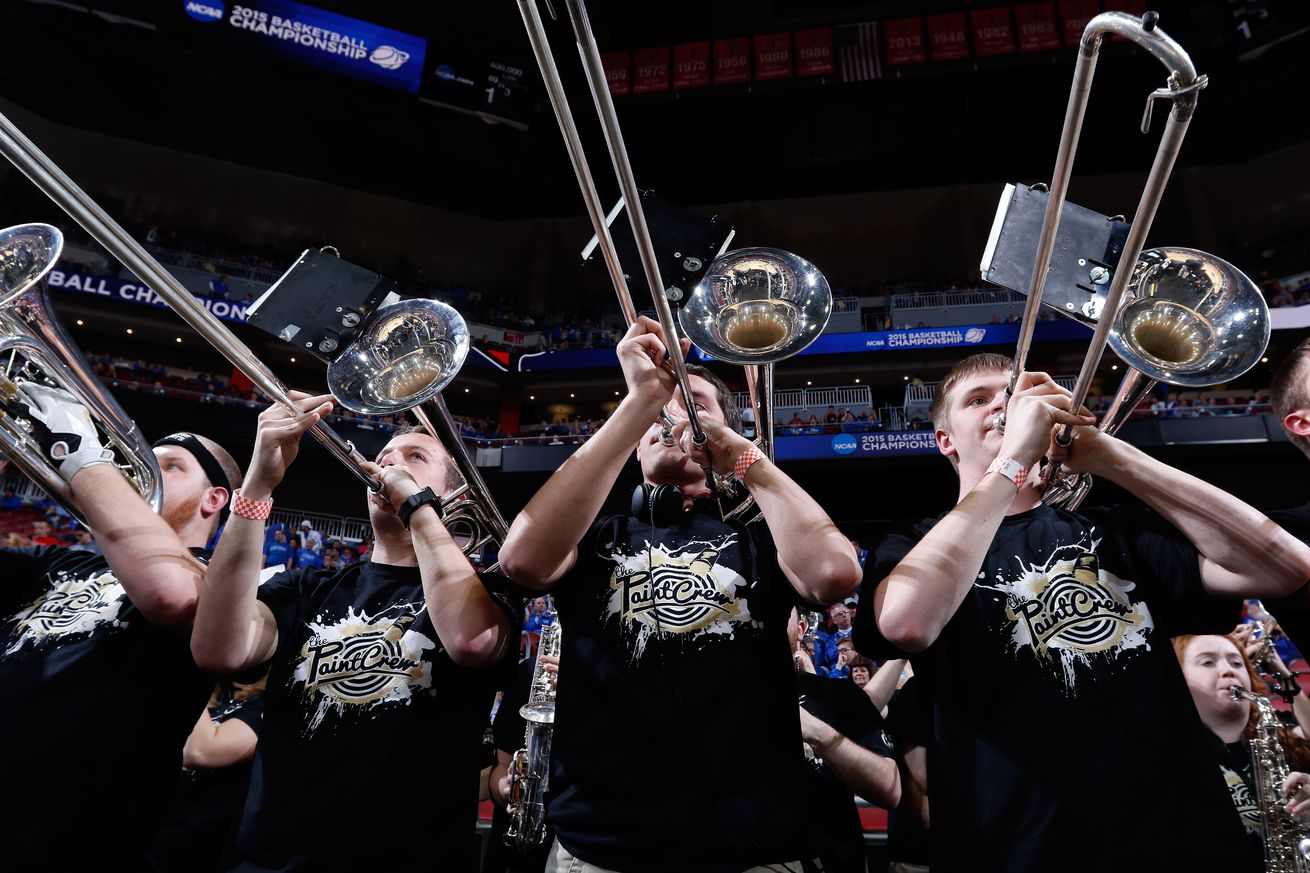 Things will sound a bit different next season for anyone listening to the Boilermaker Sports Network.

In a move that was long expected but still sad Larry Clisby’s retirement was officially announced today. The Purdue institution has been the voice of the Boilermakers on the radio for 40 plus years and has called 1,189 basketball games for his beloved Boilermakers. We all know the health problems that the Cliz has had recently which makes this retirement understandable but man it still hurts. The guy is a legend.

We thank Larry Clisby for 40-plus years of memories and welcome @bbuckets11 to the crew.https://t.co/BCvsq1L7Br

Growing up in a Purdue home my dad would always mute the sound of the TV announcers and put on the Cliz. It was a great way to enjoy the game even if the video and audio didn’t always sync perfectly and even if there was sometimes static and trouble getting a good signal from Connersville. It didn’t matter though once you heard the Cliz yell “Bullseye!” or “Bingo!” after a made Boilermaker three-pointer.

This past season you could tell the strain was really getting to him and he just wasn’t the same. It’s going to be quite different listening to Purdue basketball after this but we will learn to move on in time. I’ll always remember watching the end of season highlight tapes he narrated. Perhaps my favorite line of his, and one I’ve referenced here before, that my brother and I still quote to each other is following a tough road loss he states in that all too familiar voice of his, “So it goes, on the road, in the burly Big Ten.” I love that. It gives me chills.

We wish Larry Clisby nothing but the best of luck and health and hopefully some enjoyment in retirement. Well earned.

In his place will step in another Purdue legend of sorts. Former walk-on and all around good guy Bobby “Buckets” Riddell will take over as the new radio analyst with long-time radio man Rob Blackman shifting over to full-time play-by-play analysis. He did this on and off for the last couple of years due to the poor health of Larry Clisby. Ralph Taylor will remain as an added color commentary man for home games.

This will certainly represent a major shift in how you hear Purdue basketball, the first such shift in my lifetime in fact, but it will be interesting to get a fresh perspective from a bright young man like Bobby Riddell.

For those in the local market there has also been a change to the radio station that will broadcast the games in the Lafayette area. The games will now be broadcast on 96.5 which is where Purdue football is currently broadcast.