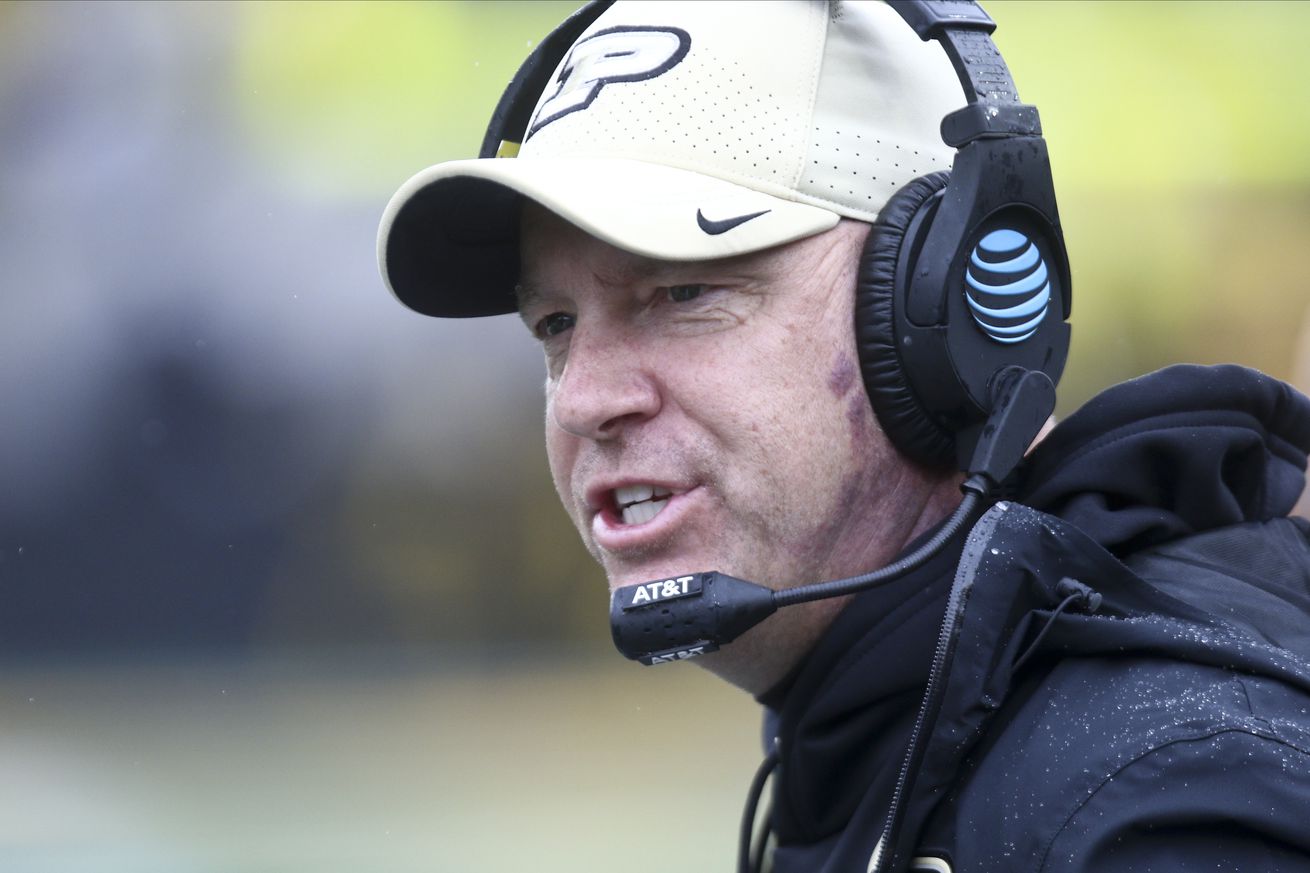 Coach Brohm stepped up to the virtual microphone Monday.

“Well, I just have to do a better job of it.” Those are the words of Jeff Brohm when asked about if he needed an assistant coach or someone else to remind him to stick to the running game. During multiple points in the press conference Brohm took on this responsibility himself and admitted that he hadn’t been as committed to the run game as he should have been in the game against Northwestern. That much was obvious to anyone who watched the game but it is nice to see that the guy who makes the decisions and the money understands that there’s improvement to be made. Speaking of the running game Brohm chalked up the lack of playing time for guys like Da’Joun Hewitt, Tirek Murphy, and King Doerue to a combination of the three returning from injuries but also the great play of Zander Horvath. Brohm is, as always, hopeful to get these guys back and into the rotation.

On the weekly game of will he or won’t be regarding Rondale Moore Brohm said, “when he’s healthy we’ll put him on the field. We’re looking forward to that happening soon.” So basically we know nothing more than we did roughly 6 weeks ago. It’s so frustrating because this doesn’t help anyone. It makes NFL Scouts question his durability, it frustrates Purdue fans who want to know what’s going on with their team’s incredibly talented wide receiver, and it honestly doesn’t hurt opposing teams because they simply prepare as if he’s gonna play and then are pleasantly surprised when he doesn’t.

A lot of fans complained after the Northwestern game that the game plan seemed to be focused a bit too heavily on getting the ball to David Bell. It’s understandable to want to get the ball to your star WR but not at the expense of running an efficient and successful offense. Brohm discussed this when asked about spreading the ball around saying, “we want to make sure we spread it around to all of our guys.” Again, it’s great that the coach sees these issues and now we just hope that he learns from it.

Brohm is “hopeful” about the return of Big George this week noting that he’s “ahead of schedule” and worked really hard to get to this point. The same goes for Jackson Anthrop who played against Northwestern and is ahead of schedule from his shoulder surgery. He is expected to take on a bigger role next week.

Brohm was very pleased with the work of Lorenzo Neal stating that he just keeps getting “better each and every week.” That’s really all you can ask from a guy.

Not a whole lot of meat on the bones in these press conferences but there was one thing that stuck out to me. When talking about last year’s game against Minnesota Brohm discussed the Minnesota offense, and specifically the “run-ass option”. Now, it’s obvious to me that this is an error in the transcription and this was meant to say the “run-pass option” but it’s a nice little Easter Egg to see if we are all paying attention as we read these things.