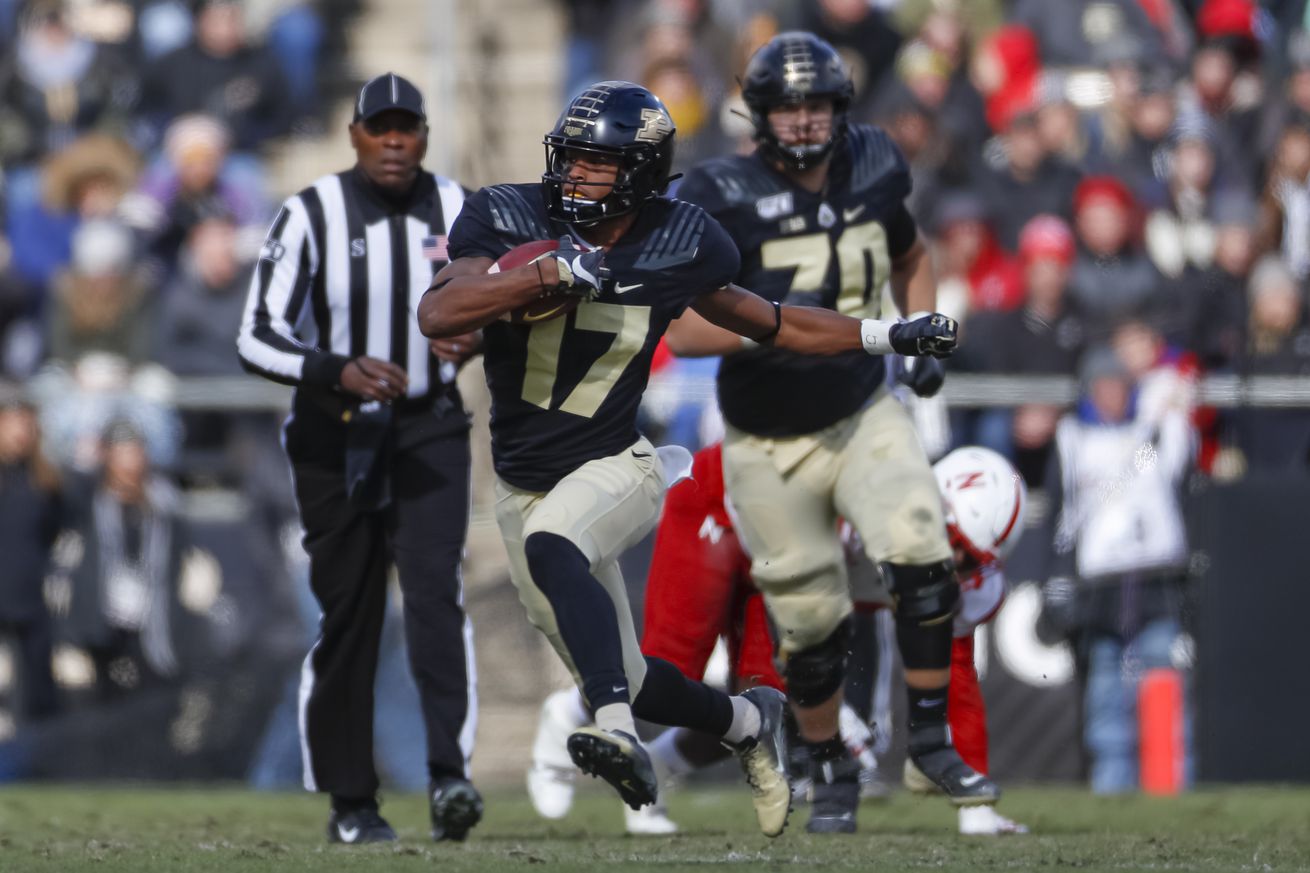 A big bodied Wide Receiver with a unique skill set is nexton the freshman spotlight.

Strengths: Big Body, Ability to go up and get the ball over smaller DBs, mismatch vs corners or linebackers, soft hands

Maliq does have size that we have not really seen at the WR position under Coach Brohm, if it creates bigger mismatches than I am anticipating right off the bat, then giving him a redshirt may not be feasible.

So far, Coach Brohm has given us great wide receiver play each year from newcomers, Rondale Moore in 2018, David Bell in 2019, I will even say Anthony Mahoungou in 2017 was a newcomer as he was sparsely used in the years before.

Maliq has such a big body, many colleges were recruiting him to play tight end. Purdue though, promised to use him at Wide Receiver. While he is not much smaller than our Tight Ends, I could see Maliq subbing in for a tight end in those obvious passing situations and playing closer to the end of the line of scrimmage – not necessarily with his hand in the dirt though.

Most similar on the roster currently are Milton Wright, who had a promising freshman season and Kory Taylor, the to be third year sophomore that we have yet to see on the field.

Maliq had 30 pounds and 2 inches on Wright and has 25 pounds on Taylor, in comparison.

While we think our duo on Rondale Moore and David Bell are going to be dynamic in 2020, look out for 2021, when most likely you are looking at David Bell (jr), Milton Wright (jr), Amad Anderson Jr (Jr), Maliq Carr (So) and Abdur Rahmaan Yaseen (So). We may have a dynamic trio of those 5.