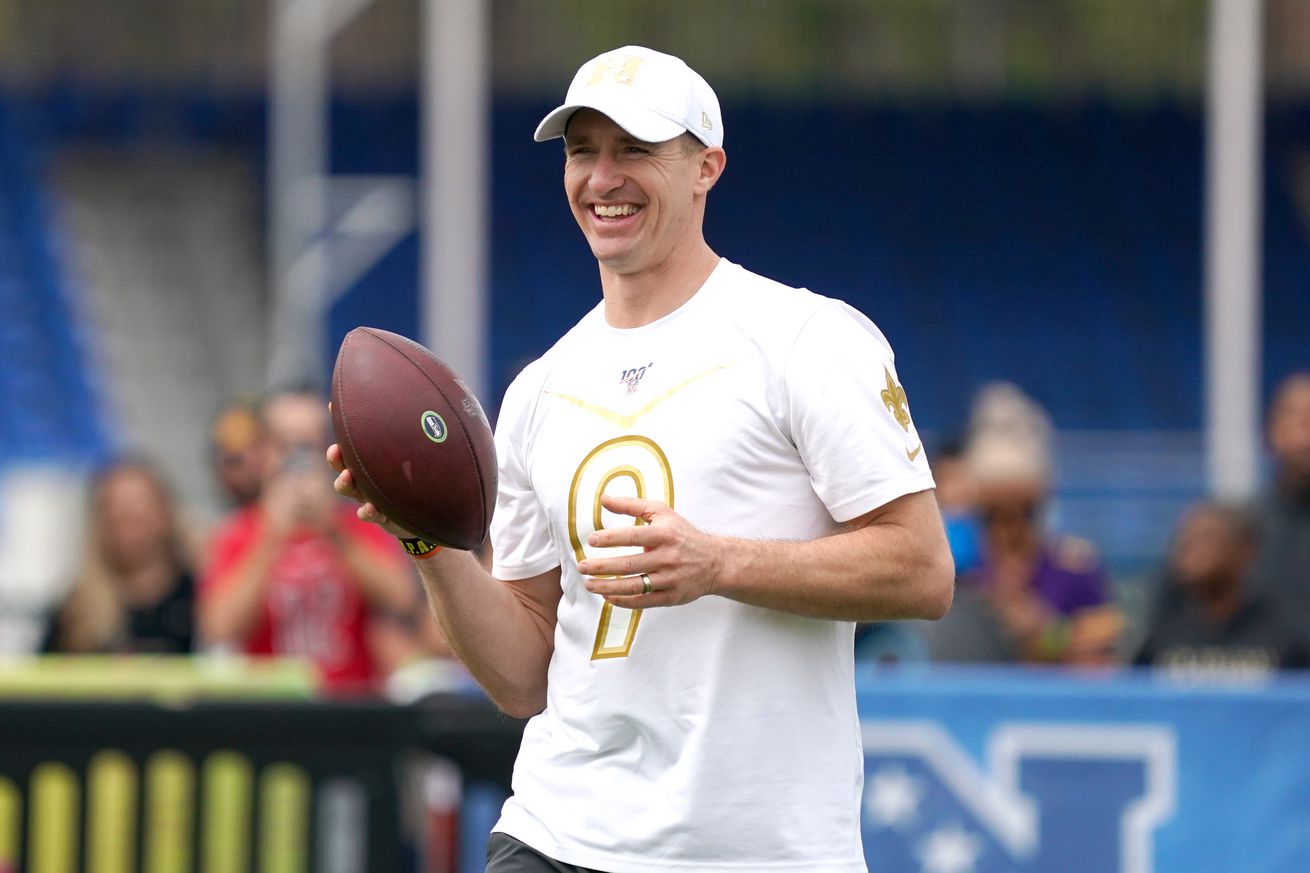 News broke today that Purdue’s favorite son, Drew Brees, will be moving into the booth after his NFL career finally ends. This is according to the NY Post. According to the Post Drew Brees will be moving on to NBC Sports and not to ESPN and Monday Night Football as many people expected. This is yet another blow to ESPN as they seem to be continuously losing the top athletes to rivals like CBS Sports and NBC Sports. Meanwhile MNF is stuck with the Booger mobile. *Shudders*.

There is no timeline given for this deal as it is unclear how much longer Brees intends to play in the NFL. At this point he’s got a one year contract with the Saints and rumors in the offseason were that Brees thought heavily about retiring but ultimately decided to come back for at least one more season.

The Post Article contains details about how the relationship between the two parties and the Boilermaker in Brees has to be a little preterbed that he’s gotta start by doing Notre Dame football games.

When Brees retires from the Saints, he is expected to start as a game analyst on Notre Dame football and as a studio analyst for “Football Night in America.” In its recruitment of Brees, NBC sold him on it being the best place to succeed.

This is before moving Brees into Collinsworth current spot where he will likely be paired with Mike Tirico who is already planned to take over for Al Michaels. Congrats to Brees on this post-career move.