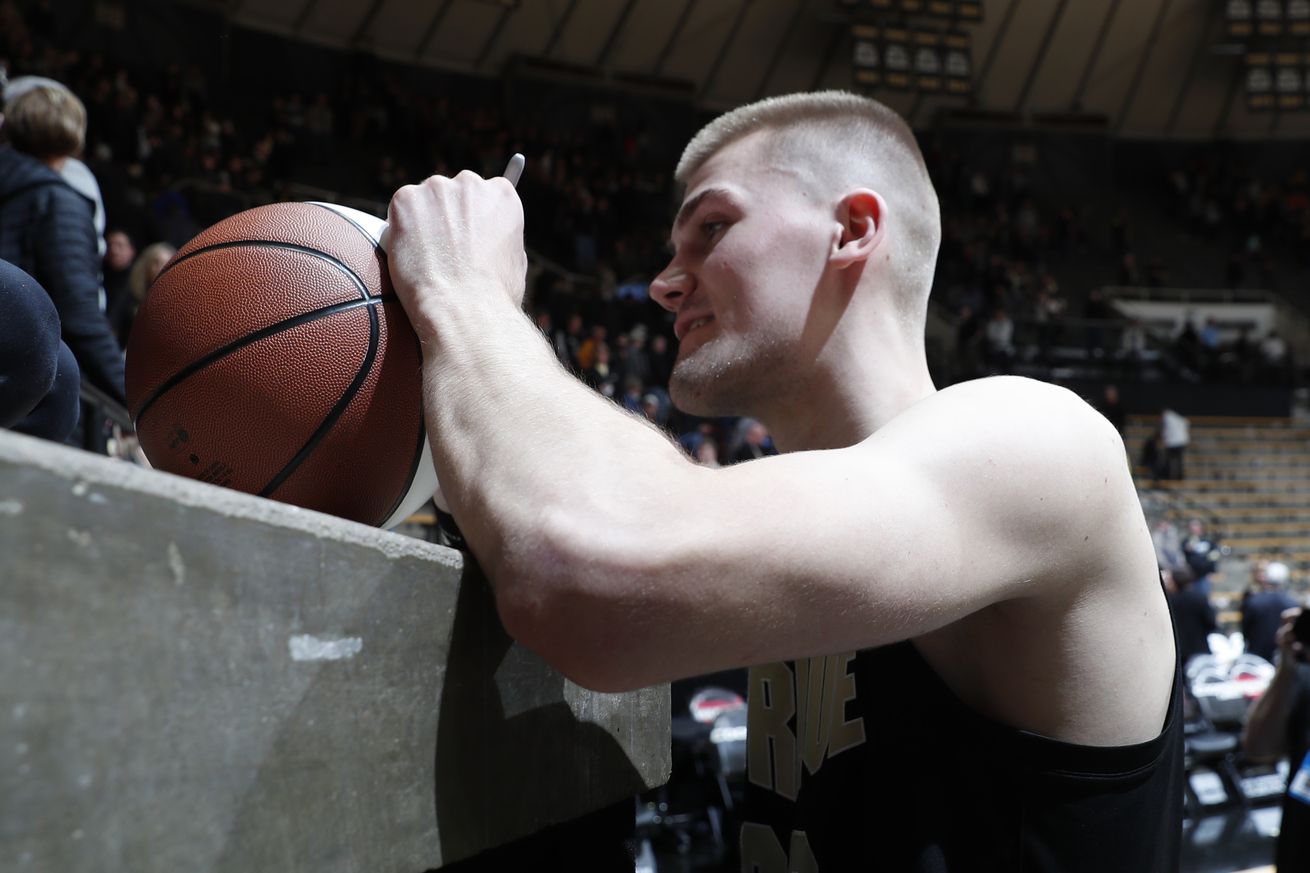 According to Purdue SID Haarms has entered the transfer portal.

In a shocking development this afternoon Purdue’s SID for Men’s Basketball has announced on Twitter that Center and hair icon Matt Haarms has entered his name into the transfer portal.

The language in the release is fairly definitive as it notes that Harrms “finished his career” in fourth in blocked shots. It’s a tough blow to the team but it is a move that makes sense from Haarms perspective as he saw his numbers and minutes decrease as the season wore on with the rise of Trevion Williams. Haarms will always be a part of the Purdue family and we are incredibly sad to see him go.

Much more to come on this as to how it pertains to the 2020-2021 men’s basketball team. Keep an eye on this website for more analysis.