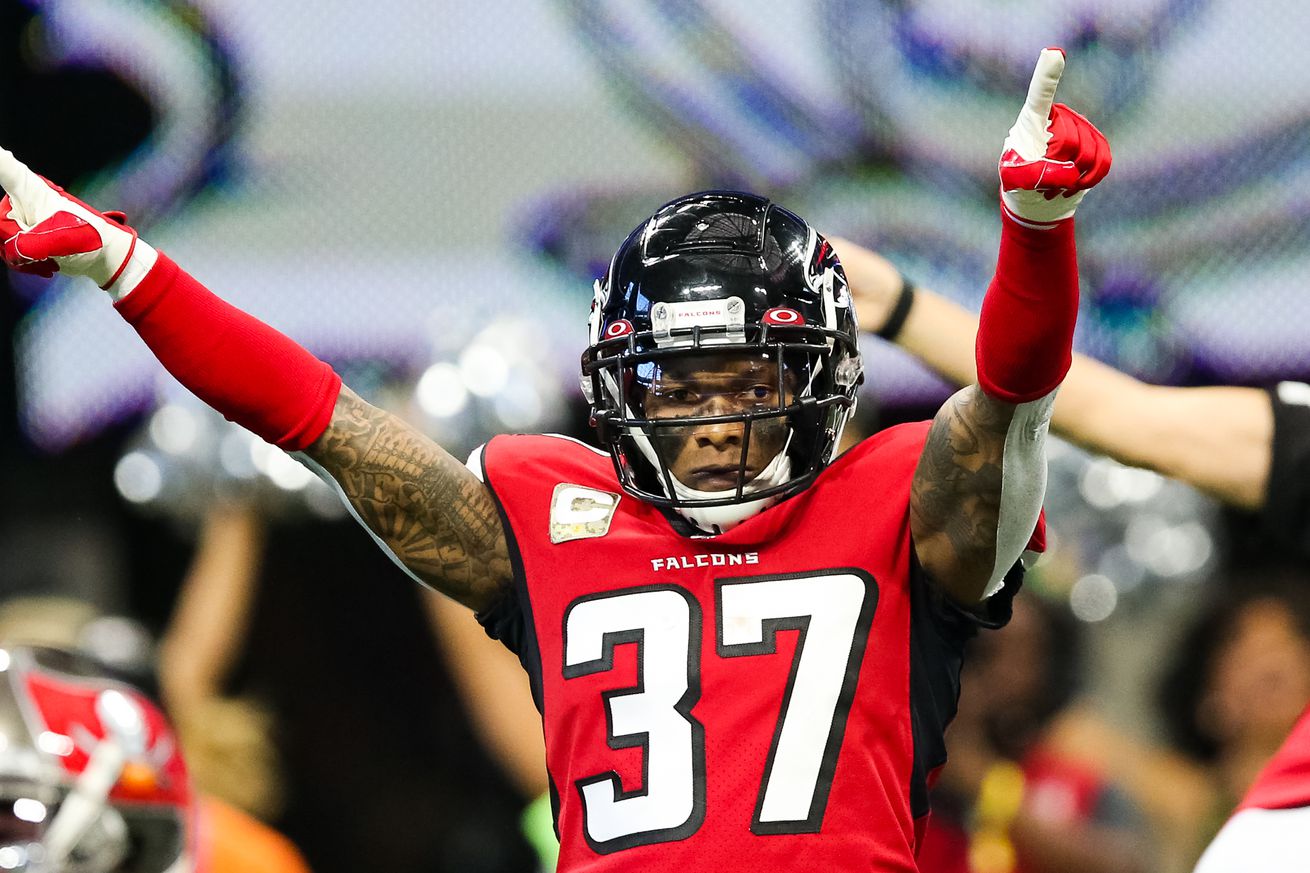 Ricardo Allen is expected to be a key contributor for the Falcon’s secondary, but at a new position.

Ricardo Allen is heading into the 7th season of his impressive, yet improbable career, for the Atlanta Falcons.

In retrospect, Allen’s size was the limiting factor for his rating out of high school, but as you can see, he was a highly sought after prospect. He was a 3* rated player with a 4* offer list and hit the ground running at Purdue.

Allen was selected in the fifth round with the 147th overall pick by the Atlanta Falcons.

When the Falcon’s drafted Allen, they drafted him as nickel back, and envisioned the quick but not exceedingly fast (4.6 40 at the combine) defensive back covering similarly sized slot receivers. Unfortunately for Ricardo, the Falcons had a glut of corners on their 2014 squad. He was released by Atlanta as a part of their final preseason roster cuts, cleared waivers, and was subsequently signed to the Falcon’s practice squad. He was signed to the Falcons NFL roster for the final 2 games of the season, but didn’t record any stats.

Atlanta fired Mike Smith after the 2014 season. Usually, that would spell doom for a 5th round pick from the former regime that spent his entire rookie season on the practice squad. The Falcon’s hired Dan Quinn, the Seattle Seahawks defensive coordinator and “Legion of Boom” architect, to replace Smith. Luckily for Ricardo, Quinn liked Allen and decided to move him to safety in order to better facilitate him making the NFL roster. It was a low risk gamble for Quinn. If Allen can’t figure out safety, he cuts the former 5th round pick from the last staff. If Allen can play safety, he provides depth at position of need.

Allen not only made the roster, but was named the starting free safety coming out of camp. Quinn’s low risk gamble payed off handsomely.

Allen entered camp as the odds on favorite to win the free safety job, and did just that. He played in vital role in Atlanta’s 11-5 NFC South winning season and played a vital role in the Falcon’s playoff run to the Super Bowl. He recorded 7 tackles in the Super Bowl, but the Falcon’s defense faded down the stretch, giving up 19 points in the 4th quarter, and losing the New England Patriots.

Despite Atlanta firing 2016 defensive coordinator Richard Smith after their 2016 Super Bowl collapse, Allen entered the 2017 season as the starting free safety in new defensive coordinator Marquand Manuel’s scheme. The Falcon’s went 10-6 and lost to 15-10 to the LA Rams in the Divisional round.

Allen signed his first lucrative contract in 2018, a 3 year, 19.5 million dollar deal, that extended his services to Atlanta through the 2021 season. Allen, unfortunately, suffered a major injury against the New Orleans Saints during the third game of the year. He tore his left achilles tendon and missed the remainder of the season.

Allen returned from what is considered a career threatening injury, and claimed his familiar free safety position in camp. His 2019 season rivals his 2016 statistically as the best season of his career, despite the Falcon’s finishing the season 7-9 and missing the playoffs.

Ricardo is back with the Falcons for his 7th season, but he’s heading back to his rookie year in some respects. It appears that Allen will transition from his safety position back to the nickle position that Falcons originally envisioned him playing when he was drafted in 2014.

The nickel position has changed substantially since 2014. Allen will be asked to mirror slot receivers, but also look for him to blitz out of the slot and be more involved in shooting gaps as a run defender on the perimeter. If it doesn’t work out…well…we’ve seen how that played out already, but I get the feeling this go around will be a little different for Mr. Allen.

The definition of a true Boilermaker.