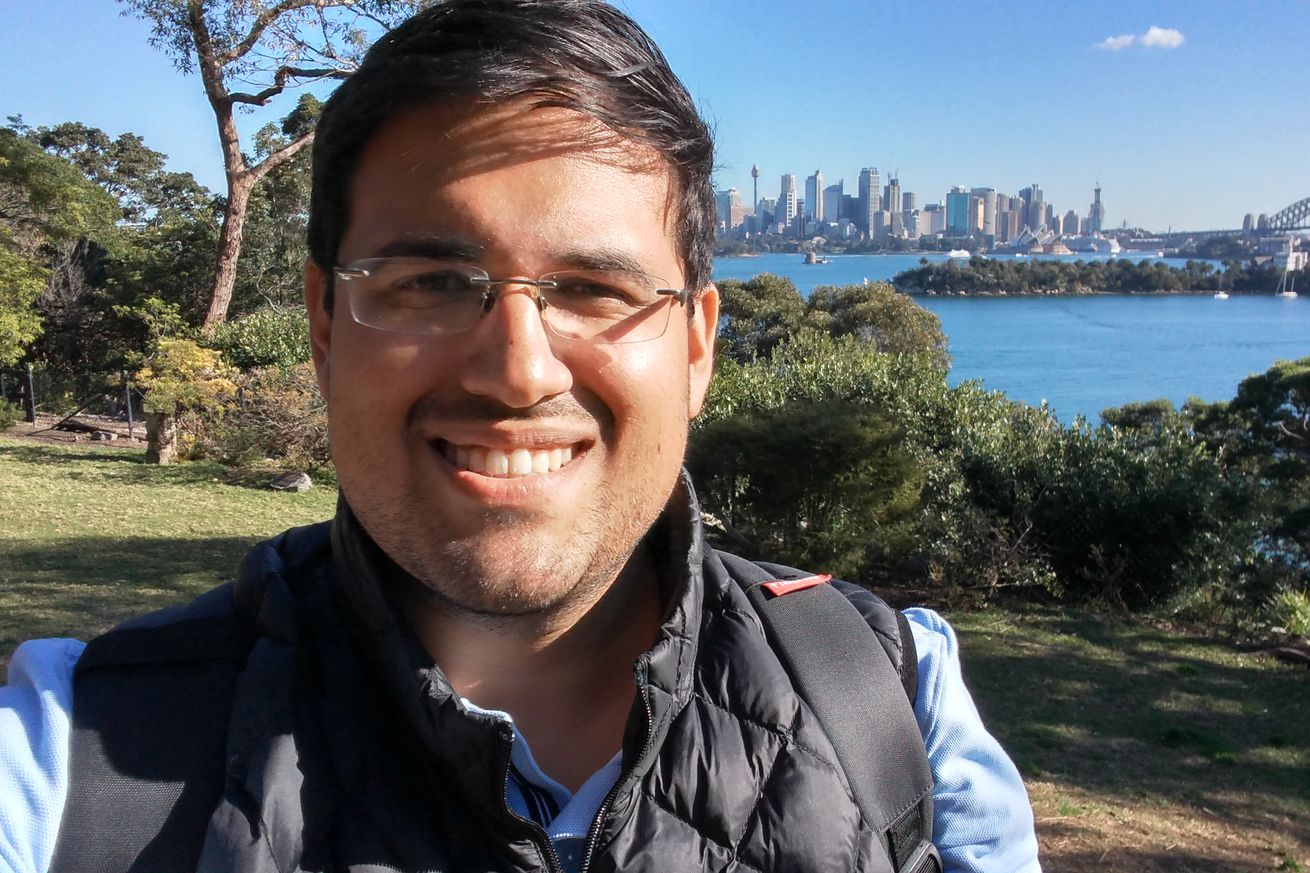 The road has come to an end for this Juan.

I have been sitting on this article since January. I have mulled over various ways I could start it multiple times. Maybe I will start with some puns…or a secret message hidden in the first paragraph…or with something like “Four score and seven articles ago…”, but alas, perhaps it is just best if I just cut straight to the chase.

Unfortunately, this will likely be last ever article for Hammer & Rails. There is a chance I could pinch hit when needed in the future, but my tenure as a writer and manager for the site will end today.

I know, this technically isn’t my first departure. For those of you who have been around for a while, I started writing for the site in 2011, but when I graduated from Purdue and started graduate school at Michigan in 2013, I left the site thinking I wouldn’t come back. But then Travis pulled me back since he needed “temporary” help during the 2013 football season.

More than six years later, I am still here…but this time I am leaving for real…I think…

If you follow me on Twitter, I have dropped a few tweets over the last few months that this was happening. For those you of that don’t (I don’t blame you, I still don’t understand why 1,400 people think I’m interesting enough to follow on Twitter), I’ll catch you up on what’s happening.

Last year, the state of California passed a law that would restrict the number of independent contractors/freelancers that companies could have in the state. It was a law that was aimed to help those in the gig economy (i.e. Uber, Lyft) to give them more protections and help transition them into being part-time employees with actual benefits and just pay. When it comes to writers, we would be limited to 35 articles a year if we were to remain freelancers, and anything more than that would require us to be considered part time employees.

I’ll keep my politics to Twitter, but let’s just say that these large companies aren’t taking the new law lightly, one of them being SB Nation and its parent company, Vox Media. (FTR: nearly all writers for the SB Nation sites, including us at H&R, are considered independent contractors/freelancers.)

Because of the new California law, SB Nation announced in December that it would be ending the contracts of all independent contractors living in California by the end of March 2020. To help ease the blow, they offered just a handful of part-time jobs (that we still had to apply and compete for) that required writers to cover various California blogs. Everyone else that didn’t get these jobs were allowed to stay on, but as unpaid “Community Insiders”.

Needless to say, the news was not taken lightly by many of the California writers, especially since we were not notified from the higher ups ahead of time.

Narrator voice: “Why yes, yes they did.” https://t.co/JEhlH1whqg

And this is where I come in. While I don’t write for a California blog, and SB Nation’s bumbled announcement was aimed at the California blogs, I have been a resident of California since July 2018 (more on that later), so I too was impacted by this. Thankfully, Matt Brown (overlord of the SB Nation college blogs) reached out to me directly immediately after the announcement went out. Unfortunately, it just served as a way for me to get the bad news personalized just for me.

After reading through the announcement many times, I asked if it would be possible to stay on as an independent contractor, stay under the 35 article limit, and take a pay cut that reflected that.

Unfortunately, Matt said that would I not be allowed to do that, I either had to apply for the part-time job (with no guarantee that I would get it) or be kicked off the payroll and management team at H&R (but still be a “Community Insider”). But that’s not all…

Matt also told me that if I wanted to accept the part-time employee role, on top of contributing more to Hammer & Rails, I would also be required to write for some of the blogs covering the California teams.

I think Gene Keady sums up my reactions and feelings towards that:

Honestly, it was a hard pill to swallow. I had a lot of anger on my side, some at California, but mainly at SB Nation and Vox on how they really screwed up this situation, especially since they didn’t even discuss it with us or even giving us a heads up before publishing the changes.

After thinking about it for a few weeks, I told SB Nation in January that I would leave at the end of March when my contract expired. Of course, I was really tempted to reply to them this way:

But I resisted and kept it civil.

Sure, I could apply for the part-time job, but I barely had the bandwidth to be 2nd in command at H&R, let alone cover California teams that I didn’t give a damn about. Resigning was the only viable solution to the problem SB Nation presented to me.

As I stewed in my anger and disappointment, I realized that I had to leave eventually; my departure was just a year or two ahead of schedule.

There are many great people across the SB Nation blogs and other smaller sites that are great sports writers, and they are working to continue or build up their professional writing careers. But for me, this was more of a hobby that got a little bit out of hand.

Don’t get me wrong, I loved almost every minute of it, but I never had a true passion for covering sports and journalism like you’ll see in other (and better) writers. Or if I did have that passion, it’s waned over the last year or so.

It was time for me to leave this space and give other people a chance.

As I said earlier, I knew that I would have to leave H&R within the next few years. After moving to California in the summer of 2018 to start a new job at the NASA Jet Propulsion Laboratory, it has been difficult at times to keep up with everything happening back east, and that was before considering my travel schedule. It can be difficult to cover a team when news breaks while you are still asleep or just waking up for the day.

Right now, I am still just a post-doc (aka: a glorified intern with health benefits), so I could still do both. However, as I continue on my career trajectory and (hopefully) receive a promotion into a research scientist position or even a tenure-track faculty job, I knew I wouldn’t be able to continue at H&R (let alone being forced to cover California teams).

I am extremely grateful for the time I’ve spent here at Hammer & Rails and for you putting up with me all these years. It was an amazing privilege and one that I will continue to cherish. While I will admit I was average at best, I still couldn’t believe I was getting paid even a few bucks to cover games that I would have paid $100 to see.

I’ve written many articles over the years, most of them were forgettable. But there were plenty that I won’t forget, like reporting on Hazell and Hope’s firings, or the time Comcast threatened to cut BTN. Of course there were plenty of the silly articles too, like when I said Hazell was a secret agent from Ohio State and Jim Tressel, Harbaugh being displeased at the lack of a live dairy cow in the Ross-Ade locker room, and Purdue Pete becoming the Big Ten Overlord. Those are a handful of the dozen gems I’ve had over the years.

But I will also be the first to admit that I have made plenty of mistakes during my time at Hammer & Rails. I had a lot of hot takes (with about 99% of them being bad/wrong (I still think Hazell was a secret agent for Ohio State, not letting that one go)). I know I’ve upset a few of you over the years, either in stuff I wrote or how I tried to manage the site (like when I tried to enforce the 150 minimum word count in the FanPosts; oof that was bad on my part).

For all of that, shitty articles I wrote, and other mistakes I have made, I apologize and ask for your forgiveness.

First, thank you to Travis for even giving me a chance to write for the site. He actually reached out to me asking if I could cover Purdue Volleyball in 2011 after I posted a few FanPosts during and after their Elite 8 run in 2010. He had a lot of patience for me back then, especially since my articles were very rough (hell, they still are), and he took a chance on some soon-to-be junior dweeb who lived in Cary Quad. While I definitely have had some disagreements with Travis and moments where I had to tell him to calm the F down (mainly when he starts ranting about the NBA and belts), I’m happy to say that over the years it has blossomed in a good friendship. He and his wife even got me and my fiancée an awesome wedding present.

And last, but certainly not least, many thanks to you, our readers. Without you, we would just be screaming into the void and none of this is would have been possible. It is amazing the amount of readers and interactions we get, both here on the site and on social media. I know that many other sites and writers envy what we have here, and that is all thanks to you. You were the reason why I kept this up for so long, even when we did have those disagreements that I mentioned earlier.

There were times when people came up to me and thanked me and the rest of the staff for our work. If you did come up to me and I gave you a deer in the headlights look, my bad…it was usually just out of shock as it was something I never got used to and I never knew how to respond. Also I am a scientist and awkward dude, interacting with people is not my forte (Yes, the stereotype does hold up).

As I said at the beginning of the article, there is always a chance that I could pinch hit for the staff and write something in the future (like a Purdue event on the West Coast, should I stay here in the long term). Additionally, while SB Nation is forcing me out here, the podcasting side of things is completely separate (for reasons that I still don’t understand), so I will still be editing and publishing those podcasts for now, so you may still get to hear my voice from time to time!

And of course, I will continue to have my hot takes (#HotJuans) on Twitter. So while I may be leaving as a writer and manager for the site, I am not disappearing completely and looking forward to more interactions with all of you in the near future.

Thank you, again, seriously, for being a great audience. I wish this could last longer (that’s what she said), but I am entirely grateful for the time I’ve spent here with you. So until next time…