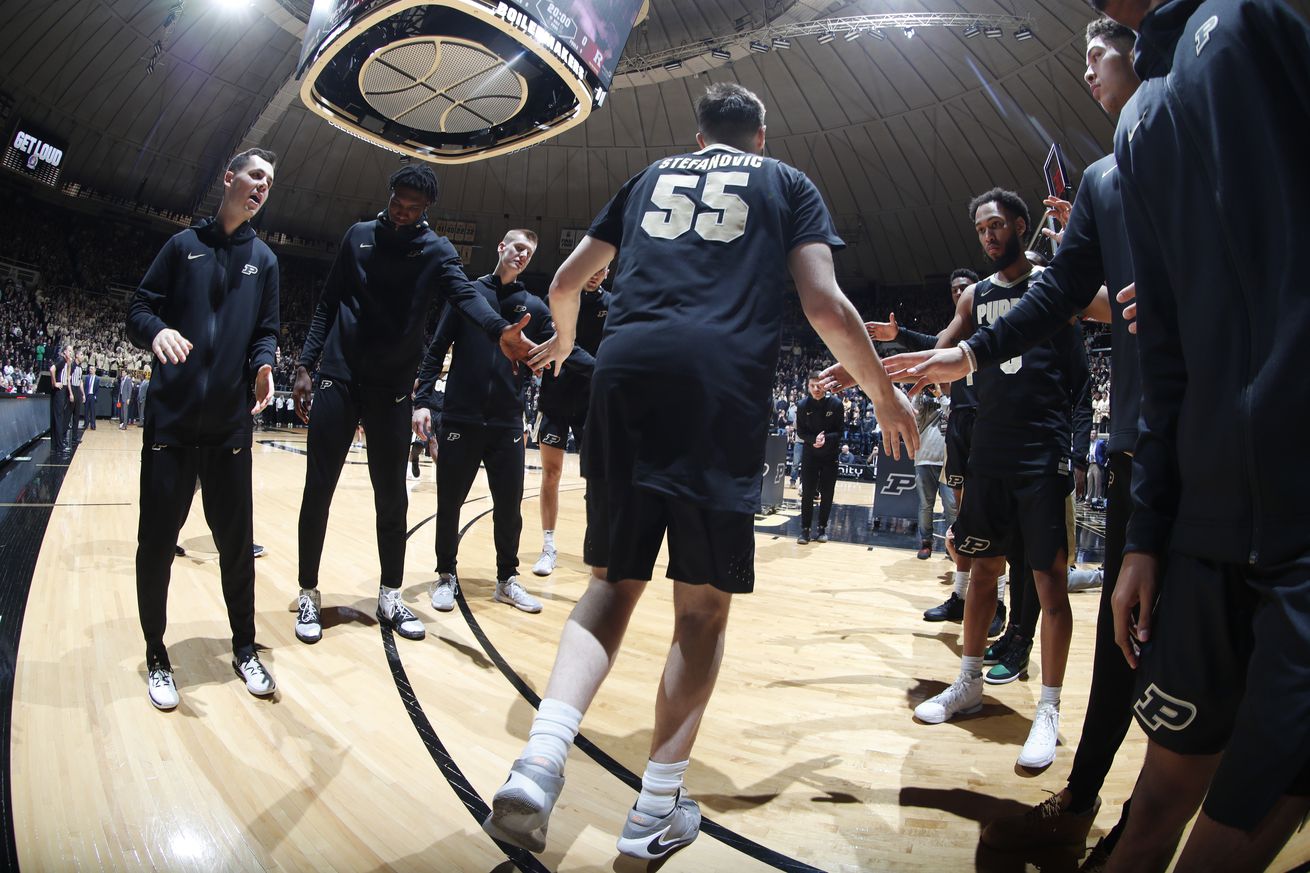 The Indiana native and sharp shooter looks to make another big jump in his junior year.

Purdue’s most prolific (read as only) three-point threat last year expanded his game in some surprising fashions – he had Purdue’s highest rated offensive rating for guards and was one more of the more effective defensive players at taking charges and forcing steals – but sometimes it felt like those expansions were more born out of necessity and the lack of anyone else than actual progression.

Stefanovic was consistently the most aggressive guard with the ball in his hands. This includes attacking the basket, a style that does not suit his skill set ideally. Let’s be clear, he did not attack the rim well. Sasha is a straight-line player, with surprising speed, and he comes hard off screens and is willing to give up his body to get to the rim. It was a jarring change of pace when the Crown Point native would come off a screen hard and without hesitation attack the basket.

It was a stark contrast to what Coach Painter got from most his guard play during the year. Purdue lacked any real consistent dribbling threat, size, or tenacity from its guards. On a team full of finesse players, Stefanovic’s occasional run at the rim counted as a positive.

Which is to say, last year’s Purdue team had some real issues at guard. Stefanovic getting to the basket off the threat of his jumper is a nice wrinkle, but it’s nowhere near a reliable option. With the addition of true freshman Jaden and Ivy and Ethan Morton, Coach Painter looks to have helped fill that play making void that helped lead to a disappointing season last – wait, word is getting to me, there was no season last year. It didn’t happen. Great.

The addition of the two true freshman should be great news for Stefanovic who is one of the nation’s premier shooters. While he doesn’t possess Cline’s size or Carsen’s speed, Stefanovic is the off ball threat that can really open up Coach Painter’s motion offense. Ivy and Morton are both more natural play makers than any guard on Painter’s roster while projecting out to be positives on the shooting end.

This all matters because Stefanovic is not the kind of player that can run an offense on his own or be the only threat. It works against lesser opponents when he has an athletic advantage and there’s not long bodies and athletes coming off every screen. Stefanovic struggled with his shot on the road, and against the best competition. Against teams with an A grade by Kenpom, he shot .318% (21-66) from three. If you look at just his conference numbers, Stefanovic struggled massively on the road and was just .345% (39-113) overall. Defenses were able to key in on Stefanovic and it left him taking difficult, on the move threes.

We saw Stefanovic step into a major role for the first time, a year after being played off the court in the final Elite Eight game of his freshman season. He showed his ability to be a dynamic scorer who can get shots in bursts and stretch a defense, but there is another corner for the junior to turn. The one that shooters like Ryan Cline, Dakota Mathias, and D. J. Byrd took before him.

But Stefanovic’s breaking out on the season might hang on another freshman, Brandon Newman, who sat out last year with Mason Gillis, learning the offense and collecting his very own redshirt. Newman is a much better athlete than Stefanovic and shows a kind of upside that Stefanovic might never have, but Newman can also just flat shoot the ball.

This means if Stefanovic doesn’t progress, he could see his minutes cut from playing over 60% of the minutes last year. Or, if Newman is as good as advertised and Stefanovic gets better, Coach Painter might have found his two new heads for the kind of hydra monster this motion offense can be when there’s multiple off ball threats running through screens and attacking offenses.

We start our countdown with number 55, and while we hope for a season to come, what hangs in the balance for the Boilermakers on the court will almost definitely rest partially on the shoulder’s of double-five.