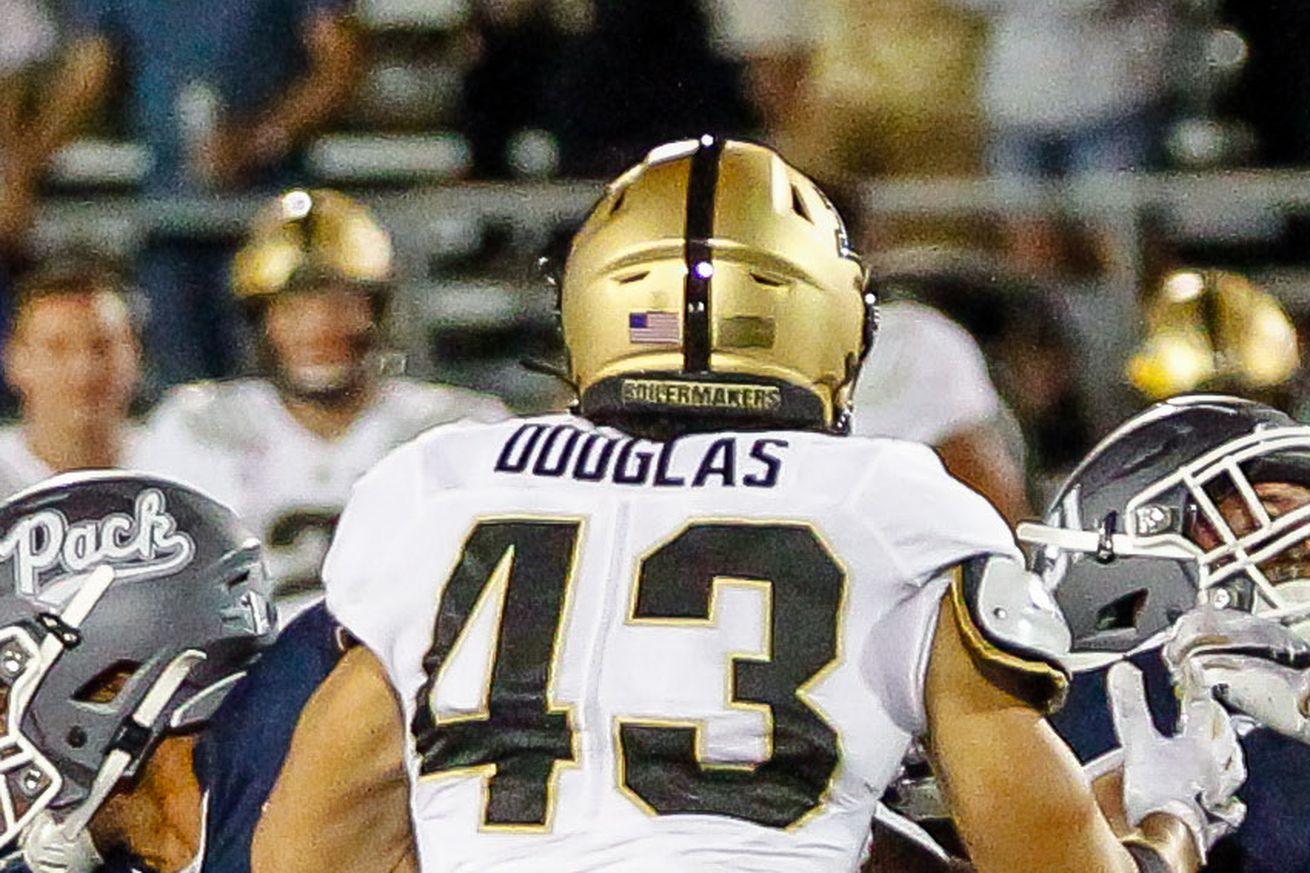 It is always good when walk-ons earn playing time, and that is what we saw last season with today’s player.

A great way to earn playing time as a walk-on is to excellent on special teams. The kick coverage, punt return, kick return, and punt coverage units are where guys can really find a place to play, as exemplified by Malcolm Dotson. To my knowledge he never ran a route in a game despite being listed as a wide receiver, but his blinding speed had him as a mainstay as a gunner on the punt team for several seasons.

Douglas seems to be in a similar spot. He started his career in 2017 at Army, where he played in just one game. He then came to Purdue and walked on, not playing in 2018. Last season he made it into 8 games, getting a pair of special teams tackles.

That seems to be where he will be this year, but he has appeared on the depth chart a few times briefly at linebacker, so he could play there too.