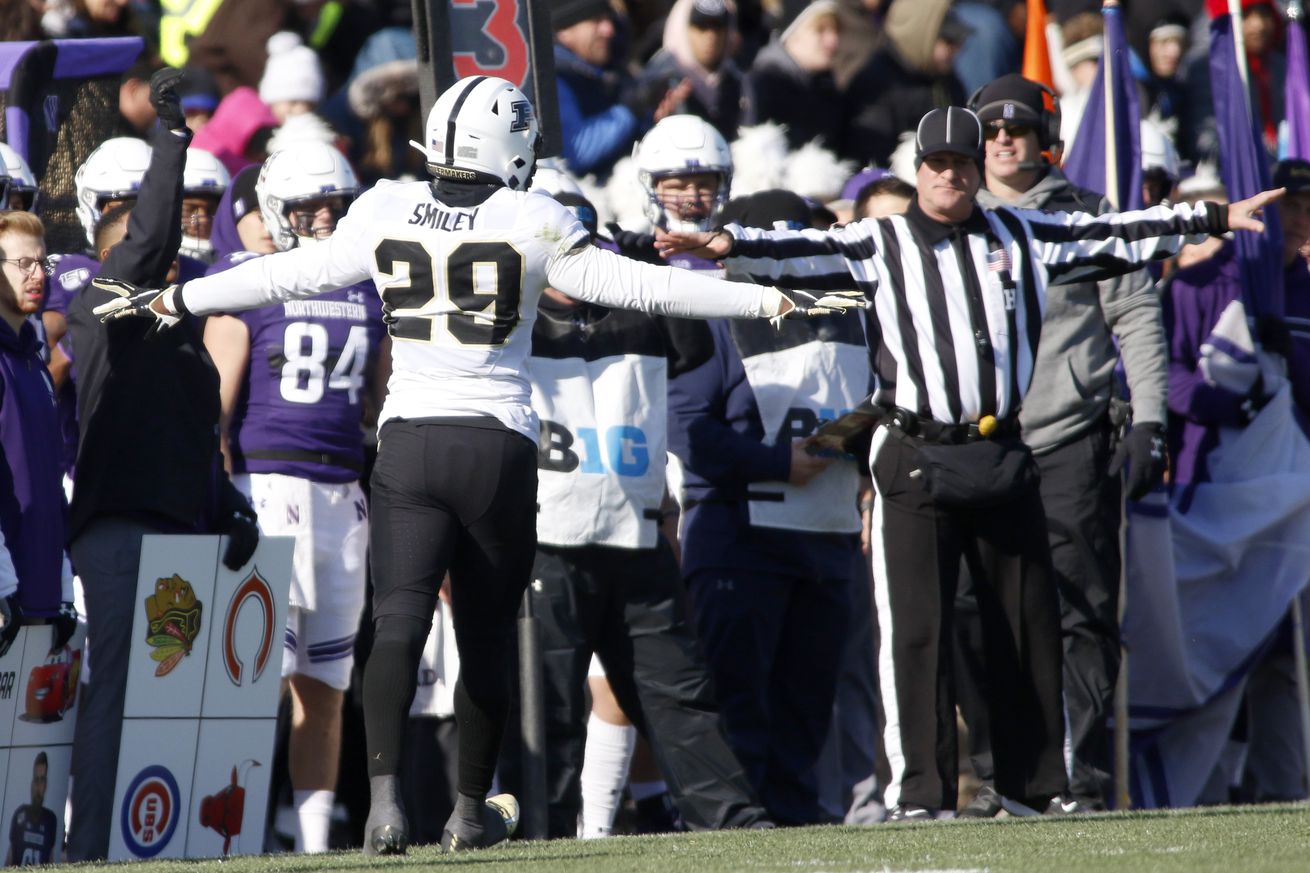 The senior defensive back has had an up and down career.

The gaping void of Rondale Moore will be felt all year if there is a season. As of now though, we’re supposed to have a season in 29 days, so we’re getting into the players we’re quite familiar with.

2020 Projection: Contributor at defensive back

Smiley is the old man of the defensive secondary. He is one of just a handful of players left recruited by Darrell Hazell, but under Jeff Brohm he has played all three seasons. As a redshirt freshman in 2017 he had 17 tackles and played in all 13 games as a reserve. The next season he became a bigger part of the defense, making one start and appearing in 12 games. He finished the year with 23 tackles and got his first career interception at Nebraska.

Last season was Smiley’s biggest yet. he played in all 12 games and started six times, notching 27 tackles, a sack, and another interception at Penn State. In his career he has bounced around from safety to cornerback, but he seems to have found a role as a nickel corner. That’s where I expect him to play this year.