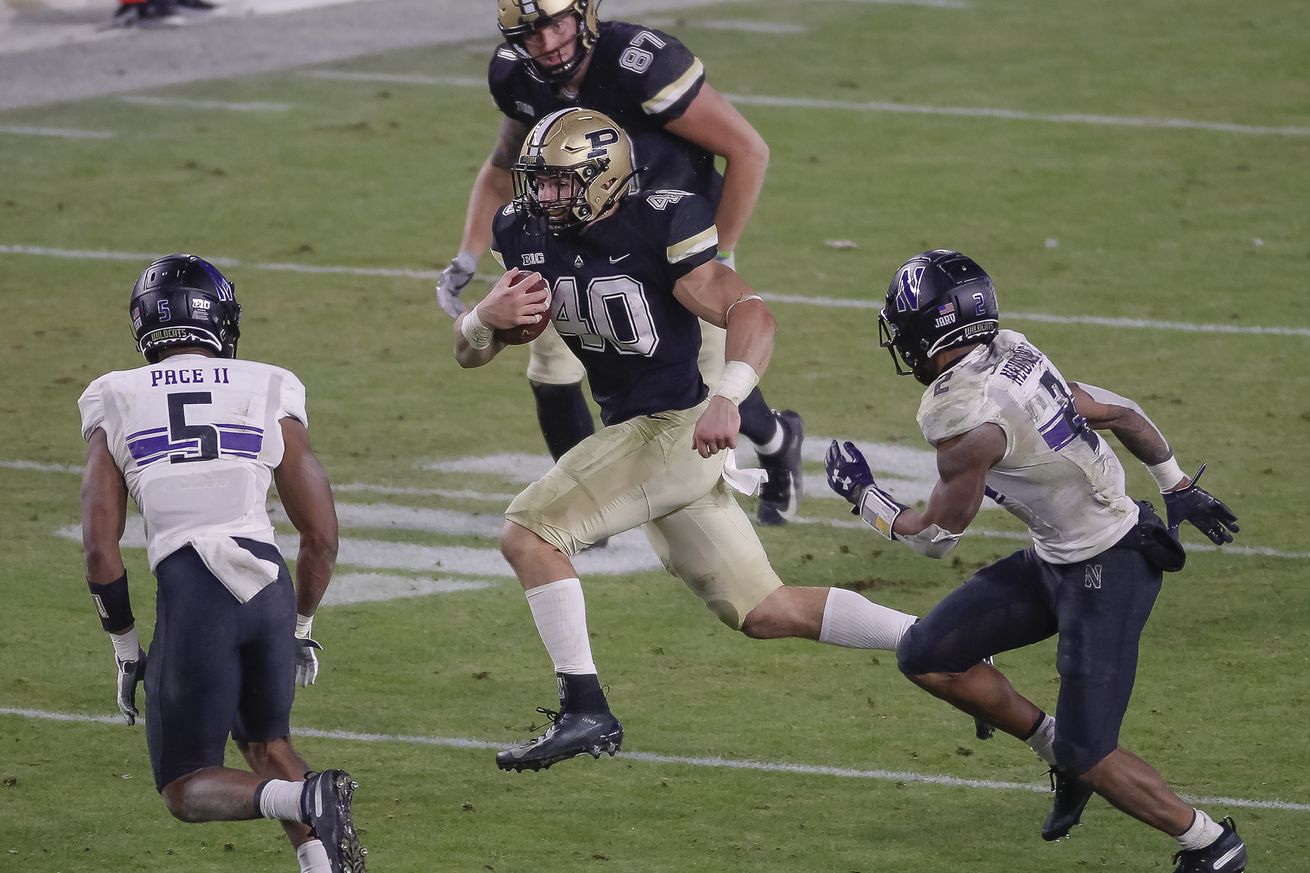 I am not going to go on a rant of how frustrating that game was for all of us last night.

Let me get right into the grades, because, you don’t want to relive bad 3rd down play calling a non existent run game, the lack of usage of certain players.. .

It was too little too late for this passing offense. On the last drive AOC went 8 of 11 – throwing a touchdown pass to Milton Wright.

But again, it was too little too late. The pass game came out of the gate, sputtering.

AOC locked on to David Bell – hard to blame him – but you have to at least look the safeties off. The second most targets on the team was Zander Horvath, who was the check down king yesterday.

The lack of the usage of the Tight Ends is mind boggling. Speaking of TEs Durham can’t block at all, but that is for something else.

Full of 4 star wide receivers on the sideline, we just don’t get them the ball enough.

Bell I want to say had something like 18 targets.

Again, it was all too little too late.

I need not say more.

While the pass game sputtered early it and picked up late, it was good for all but two of our total yards.

20 points isn’t enough when you throw the ball 51 times in an “Air Raid” Offfense.

The defense continued to limit big plays, but it seemed like we got nickel and dimed in the pass game up and down the field. The longest pass netted 18 yards, which is a win for the defense, limiting 20+ yard chunk plays is a big deal.

Diaco continues to do a good job, if only the other side of the ball held up to the same standard.

Coming into the game, Northwestern had one of the better rushing attacks in the Big Ten. Purdue did a heck of a job against their run game yesterday.

I believe Northwestern was held under 100 total yards on the ground and allowed around 2 yards per carry. Lorenzo Neal was a standout, with All-American Georg Karlaftis sidelined, he stepped up big.

They truthfully did enough to win. Defense came up big late, forcing two stops giving the offense a chance to tie the game.

We know how that went.

Kudos to Coach Diaco. This side of the ball has been pretty solid thru 3 games.

For being an innovator on offense – I feel like we are pretty limited and that should be criticized. Rondale Moore is out, but there are playmakers all on the sideline we don’t use in a creative way.

David Bell is a generational talent for us at Purdue. , but we need to get him the ball in different ways, under routes are fine. But it seems like it is that or a fade, not much else.