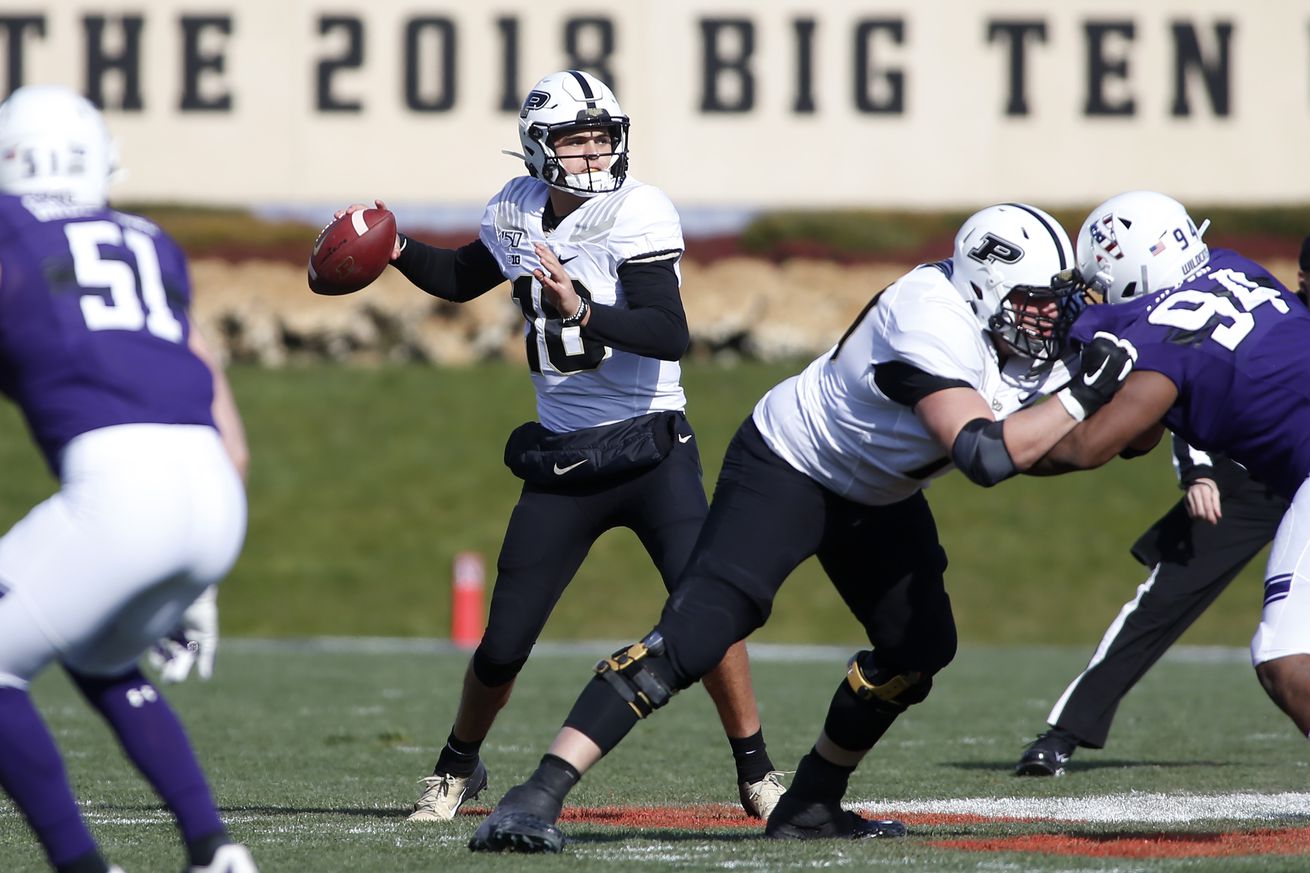 Last year when Purdue and Northwestern were both at the bottom of the Division on a cold and windy day in Evanston, but Aidan O’Connell won his first career start thanks to a late J.D. Dellinger Field goal. It broke a five game losing streak to the Wildcats, but served as Purdue’s final win of the 2019 season.

A year and a pandemic later the winner of this game may have the inside track to the Big Ten championship game. Wisconsin cannot have any more games cancelled and surprisingly has tough crossovers in Michigan and Indiana. Northwestern is now at No. 23 in the rankings and Purdue, with a victory, could crack the top 25 for the first time since September 30, 2007.

We’re going to be under the lights for this one in an empty stadium. In this shortened saeson Nebraska, Iowa, Minnesota, and Illinois already all have at least two losses and are probably out of the divisional race, so why not Purdue?