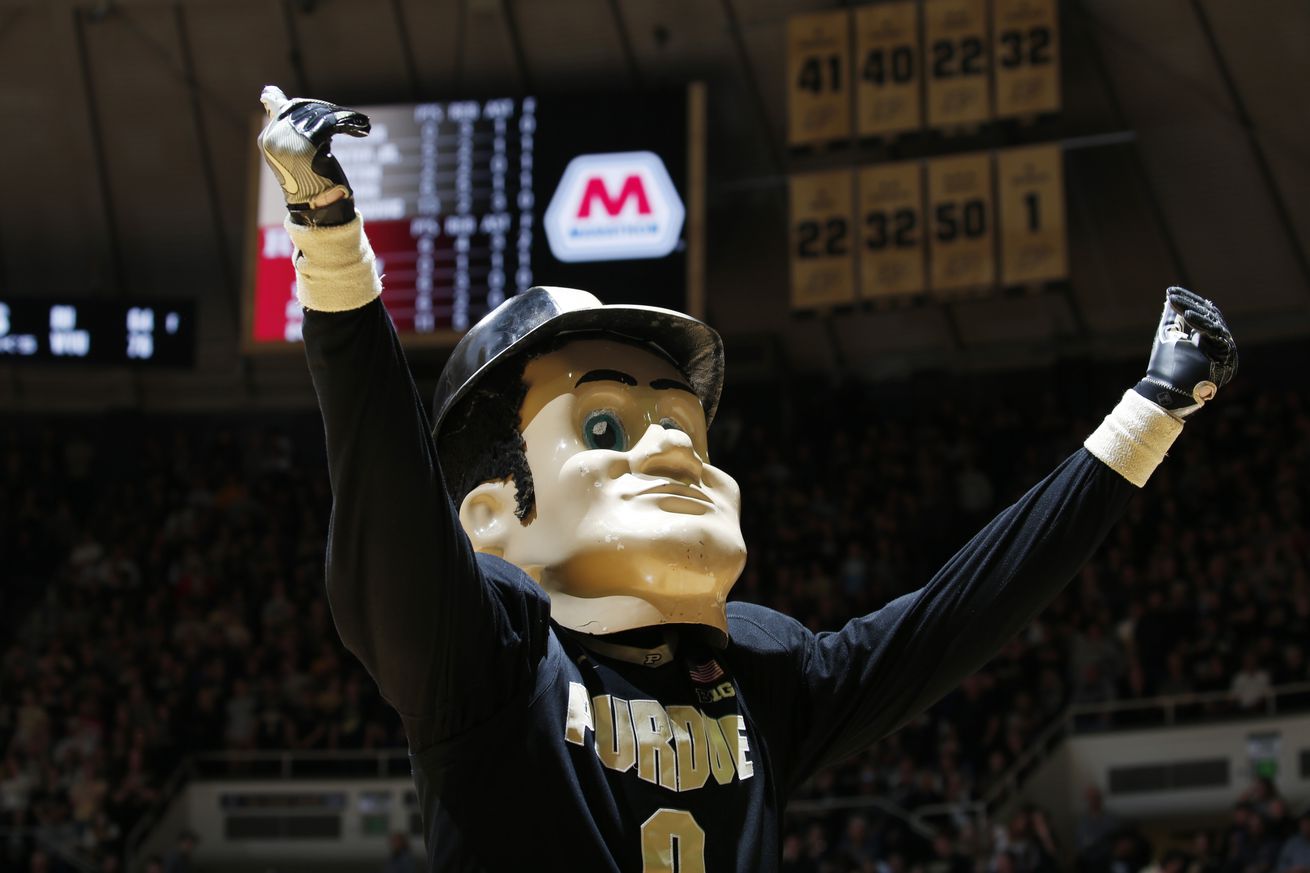 Another true freshman guard looks to break his way into the starting lineup.

Hold on to your conductor hats, Boilermakers, we haven’t seen something like Jaden Ivey in a long, long, long – maybe ever – time.

Ivey is a true freshman point guard from Marian that comes with big time scoring chops, big time athleticism, and the size to be the kind of at the rim guard that Purdue hasn’t had since… you get the point.

There’s been a long standing dispute, or perhaps agenda against, or all out war if you want to be more accurate, against something known as ‘sauce’. Now while this term is outdated and almost always cringe worthy when brought up by a Purdue fan that’s only ever experienced cross over is when they put their legs in the wrong pants hole, it’s worth noting that Purdue’s guards have generally lacked a little flavor.

Carsen certainly came the closest, but his game mostly revolved around being able to fire up fiery orbs towards the hoop from any galaxy and burning nets. He was also on the short side.

Ivey has elite size, with long arms, and incredible body control around the basket that allows him to get through, around, and by defenders at the perimeter and at the rim. He will get to the rim against all levels of penetration, a skill that was entirely absent on last year’s team. Sasha Stefanovic was Purdue’s most effective driver and not because he was good at it in any way, it’s just that he was willing.

Ivey is willing. Very willing. A watch of his highlight mixes on youtube show a young guard who is relentless, talented with both hands, and above his years in pace and angle recognition. You’ll remember last year’s Purdue’s team, struggling in close games, particularly late in games because they didn’t have that guy that can get a look.

Ivey projects to be exactly that guy. This brings up questions, of course. The motion offense can do things to point guards used to dribbling the ball. Eastern had a lot of flaws, but you can also argue the system didn’t do him many favors. In the same way that physically limited shooters exceed expectations for Painter, the better athletes under Painter have mostly underwhelmed.

But Ivey has a clean set shot, especially when he has time. His off the dribble jumper is inconsistent but encouraging – also known as every good shooter in high school not named Tyler Herro.

There’s a lot of unknowns with this year’s Purdue team. There will be four freshman, two redshirted and two natural, that will be vying for playing time. All four could find themselves on the bench or in the starting lineup. They are all in their own way potential X factors.

Jaden Ivey looks to be the biggest X, he can cross almost every box Purdue needs after a disappointing season last year. If we see the best version of this team next season, it will be with Ivey proving himself a starter and the primary ball handler on the team. Purdue’s ceiling will depend on him breaking off his training wheels early and becoming that guy for Purdue.

Even if it doesn’t happen right away, Ivey has the make up, skill, and athleticism that you can count on it happening eventually. The top-80 recruit is a sign of things to come with powerful recruiting classes before and after him. This is the new age of Purdue basketball, and future is a rolling train.