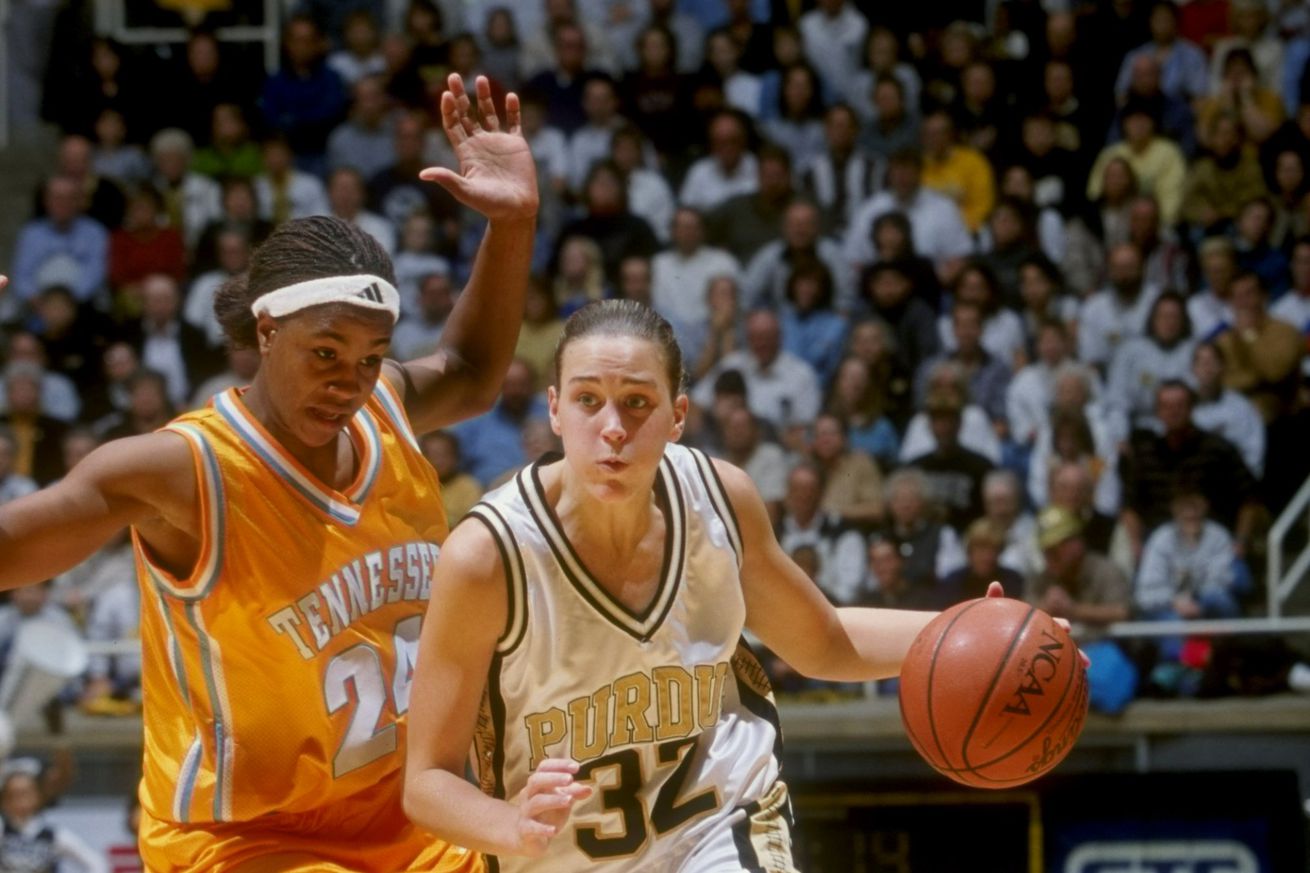 The greatest women’s basketball team in Purdue history cut down the nets 21 years ago.

This could very well be the greatest men or women’s Purdue basketball team of all time as they finished on top of the college basketball world with an insane 34-1 record.

Purdue opened up that season with a win inside Mackey Arena over #1 ranked Tennessee and Pat Summit in a huge game. They ran through their non-conference schedule as they dropped their only contest of the year at the hands of Stanford by a score of 72-73. The Boilermakers headed into Big Ten play at 8-1 with wins over #4 Louisiana Tech and #20 Florida.

Led by 1st Team All-American Stephanie White, the Boilers dominated the rest of the conference as they went 16-0 during Big Ten play with big wins over Penn State twice, Ohio State three times and a season sweep of rival Indiana.

The Boilers clinched the #1 seed in the 1999 Big Ten Tournament and wiped through that competition as well. Starting in the quarterfinals, they put a beat down on Northwestern, followed by another double-digit win over Ohio State and finally beating Illinois 80-76 in the finals to win both the Big Ten Regular Season and Conference Tournament Championships.

After the conference tournament, Purdue secured a #1 seed along with UConn, Tennessee and Louisiana Tech, two of which they beat during their non-conference slate. In the first round, they beat the 16 seed Oral Roberts by 20 and then beat 9 seed Kansas by a score of 55-41 to send them to the Sweet 16. Those two wins set up a date with the 4 seed North Carolina, who they beat 82-59 to move on to the Elite 8 for the second consecutive season. The team continued their winning ways as they beat the 3 seed Rutgers by 13 to advance to the Final Four in San Jose, California.

A team they previously beat was waiting for them in the semifinals in Louisiana Tech. Purdue ended up besting them in the rematch as they took care of business by a score of 77-63 to make it to the NCAA Tournament.

Purdue was a force to be reckoned with in that season as the trio of Stephanie White, Katie Douglas and Ukari Figgs were unstoppable as they led the Boilermakers to the promise land while being coached by Carolyn Peck.

White, Figgs and Douglas were all named to the All-Tournament Team and Ukari Figgs was awarded the Final Four Most Outstanding Player to end an amazing and memorable season.

This team will go down as the best in program history by a wide margin, and quite possibly the best Purdue team in school history regardless of gender.