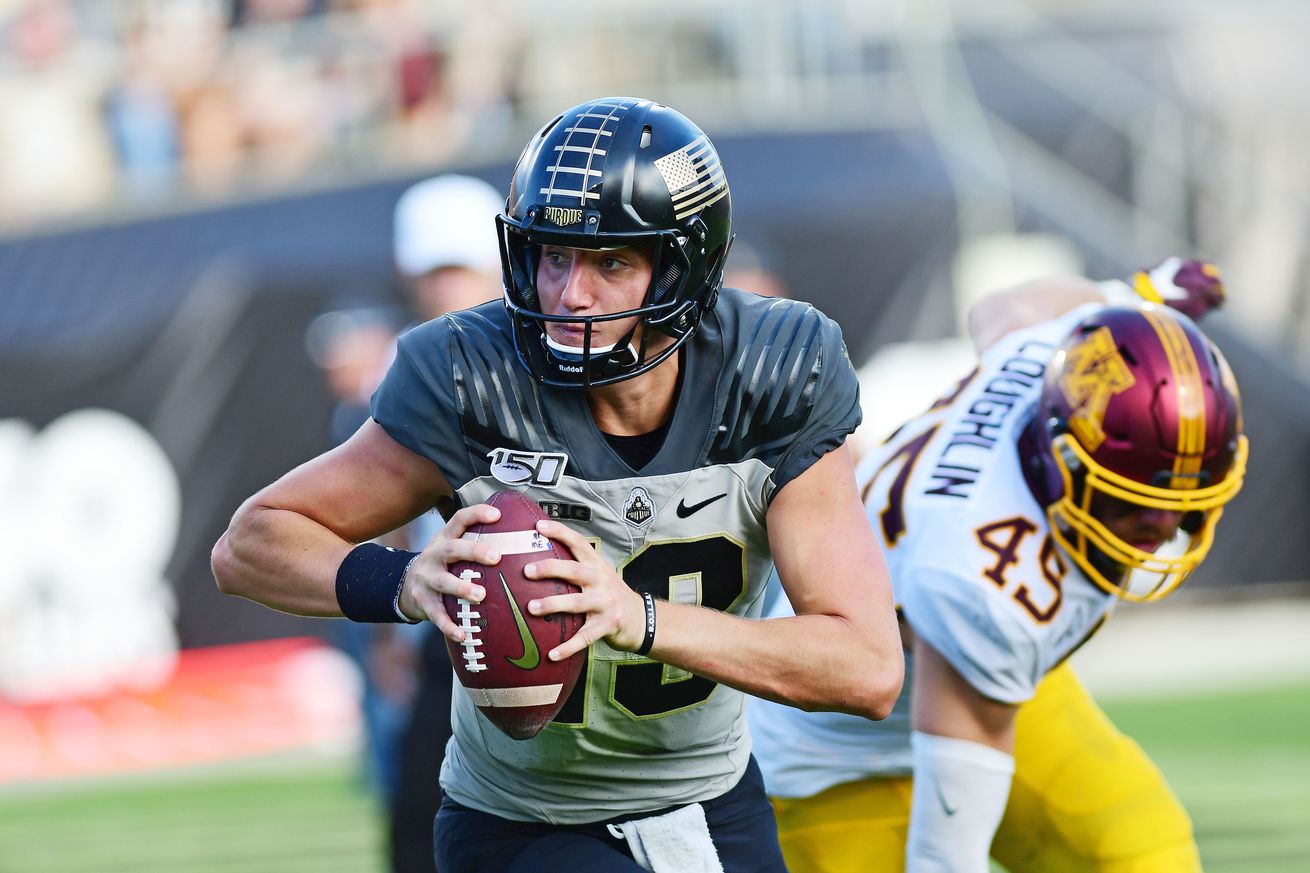 Purdue gets its first ever win at TCF Bank Stadium

I had not done one of our virtual season games in a while, and it was strange to do it for a few reasons. now that we have actual, live football to play there have been a few noticeable differences. King Doerue has been a strong rushing presence when, in real life, he hasn’t played. When I started this I took a guess that Jack Plummer would be the starting QB, but instead Aidan O’Connell won the derby.

With no game this week, however, it was a chance to return to the virtual season, and I needed a distraction from election coverage, so I decided to take on Minnesota last night.

The result ended up being a rather dull game. Purdue was cruising on its first drive before stalling in the red zone, then J.D. Dellinger had a tough angle on a short field goal and dunked it off the right upright. Tanner Morgan then got a nice drive going for the Golden Gophers that led to three points and lead 3-0 after a quarter.

From there Purdue controlled the game full. The Boilers had three consecutive touchdown drives to take a 21-3 lead into halftime, Doerue got us on the board first with a 10-yard run up the middle. His TD was set up by a nice 22 yard catch from Rondale Moore. The second came about 2 minutes before the half when Plummer found Payne Durham for a 3 yard TD. After a quick three and out by the defense a 19-yard pass to Maliq Carr set up the first rushing TD of the year for Plummer.

Up 21-3 at the break it was basically cruise control in the second half. Purdue gave up another field goal, then a late touchdown where the Gophers went for two only to have Sulaiman Kpaka sack Morgan. The defense was quite notable for making Minnesota go 0 for 10 on third downs.

A long reception by Durham set up a three-yard TD pass to Zander Horvath to make it 28-6 midway through the third. Morgan was able to score on a keeper for Minnesota’s final points, but a touchdown by Kyle Bilodeau and a bomb of a 72-yard TD to Amad Anderson Jr. provided the final margin.

Plummer finished the game with 332 yards and 4 TD passes to go with a rushing TD. Doerue also had a rushing TD and 129 yards on 21 carries. Defensively Purdue had a ton of tackles for loss, led by Simeon Smiley with three. Lorenzo Neal had a sack and Kpaka had two.

Purdue is now 8-1 on this adventure and still has a huge game against Wisconsin next.