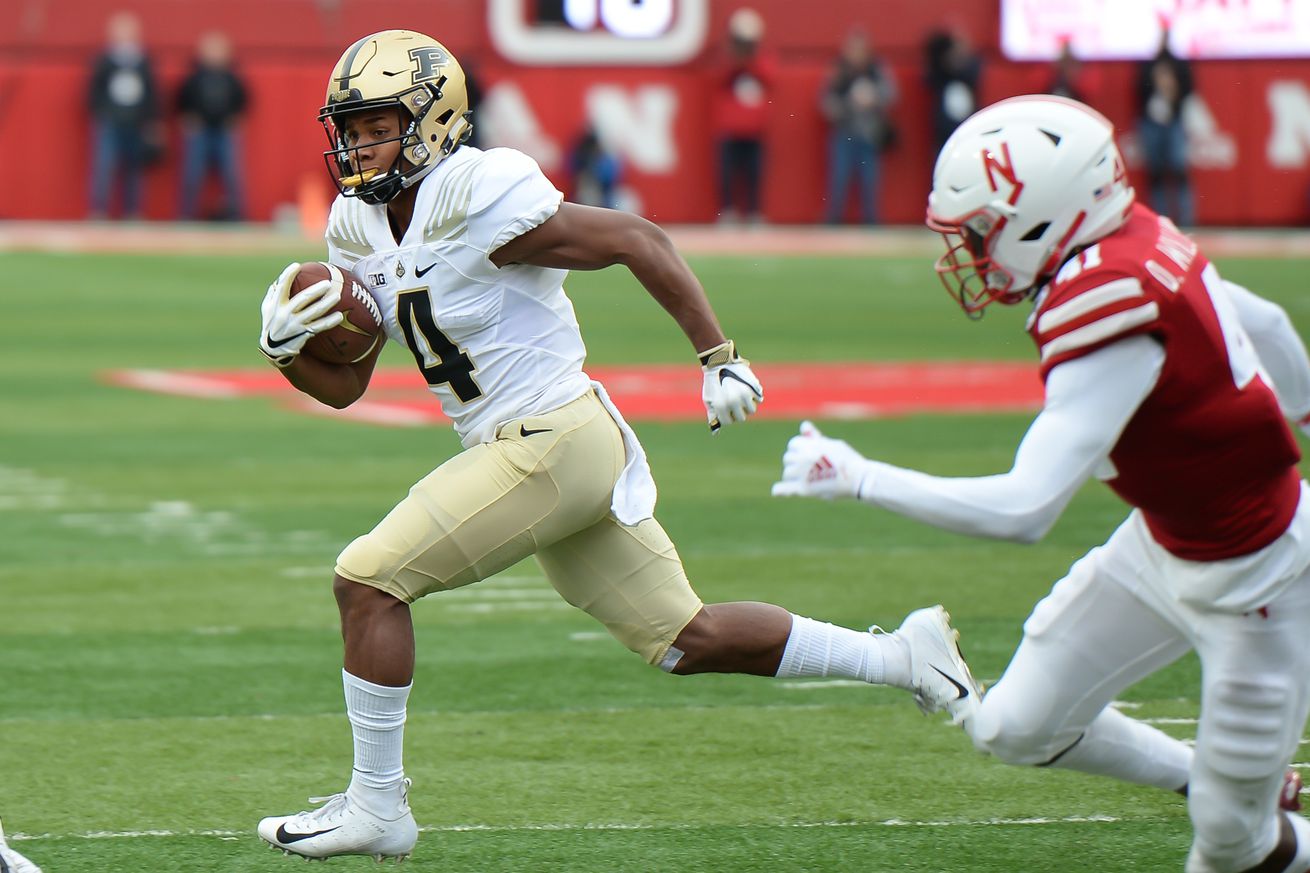 For the first time in the Jeff Brohm Era Purdue has won its season opener. It was a bit of a rough one as Adrian Martinez was causing havoc with the read-option, but Purdue was able to come back and notch a 38-31 win over the Cornhuskers to start our virtual season.

Here is our Twitch Stream where you can watch.

Purdue was off to a rough start as Jack Plummer overthrew Payne Durham and it was intercepted on the Boilers’ first drive. Martinez then scored on a TD run, but Plummer came back on the next drive to tie it on a long pass to Rondale Moore.

After another Nerbaska touchdown Purdue’s offense stalled out and had to settle for a 35 yard field goal from J.D. Dellinger, but then Purdue finally slowed Nebraska and held them to a field goal. Down 17-10 just before the half, Plummer engineered a drive that was capped by Kyle Bilodeau plowing in on a one-yard run. King Doerue was the primary back and Horvath the backup, while Horvath was also the fullback. Since Horvath shifted to halfback when Doerue needed a breather the game brought in Bilodeau before I realized it.

Tied 17-17 at the half Purdue dominated the second half. Rondale got loose for another TD. Geovante Howard got rowdy coming off the corner and sacked Martinez three times. Doerue also rushed for a TD and Purdue was up 31-24. The teams traded punts and it was Howard who made the play of the game.

Howard came off the edge on third down and sacked Martinez, forcing a fumble that Anthony Watts recovered at the Nebraska 36. A few plays later Jackson Anthrop caught a 6 yard TD pass to make it 38-24.

Nebraska would score with about 2 minutes left and had all three timeouts, but Doerue got a key first down and Purdue didn’t have to punt back until there were seconds left. Zac Collins downed a punt at the five and Purdue stopped two long passes for the win.

Doerue was a workhorse with 30 carries for 137 yards and a TD. Plummer was only 13 of 20, but had 3 TDs and 203 yards against a pick. Rondale only had three catches, but for 108 yards and two scores. He also had 40 punt return yards on 3 attempts and 173 kick return yards on 6 attempts, flipping the field that way. David Bell had four catches for 49 yards.

Defensively Howard was a beast with nine tackles, 3 sacks, and a forced fumble. George Karlaftis got in on two tackles for loss, as did Watts. Cory Trice broke up a pair of passes.

This was a little rough and I am not sure why Twitch didn’t record the live stream, but if I ever figure out why I will start putting that in here as an embed.

Next up: Memphis next week!