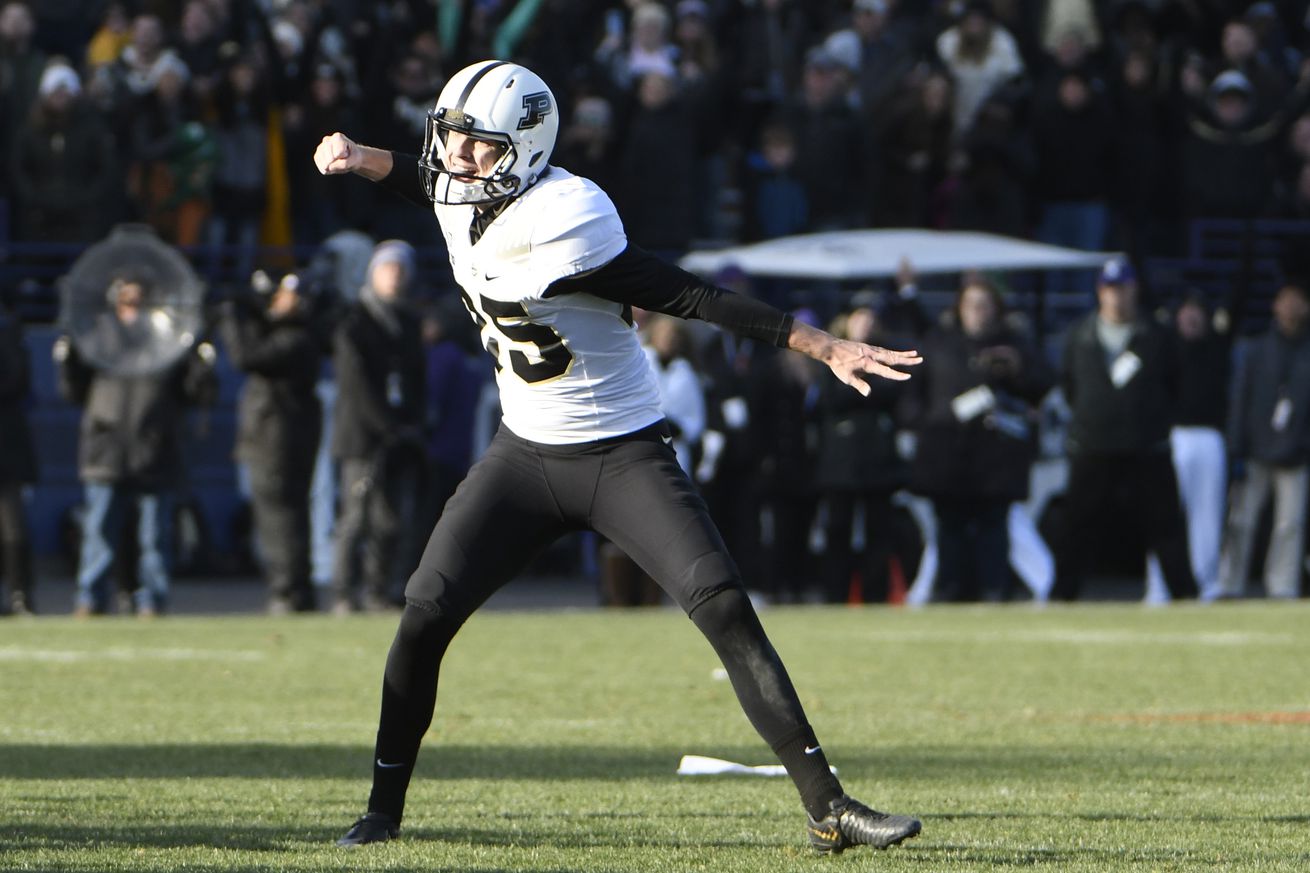 Purdue ends its 15 game losing streak to the Badgers!

Not all was bad this weekend. Sure, the real Boilers lost 27-20 at home to Northwestern, but our virtual Boilers finally got off the schneid against Wisconsin. J.D. Dellinger kicked a 42 yard field goal with 16 seconds left to give Purdue a 45-42 win over Wisconsin, moving virtual Purdue to 9-1 on the season.

In our virtual season…

THE STREAK IS OVER! J.D. DELLINGER WITH A 42 YARD FG WITH 16 SECONDS LEFT FOR THE WIN!!! pic.twitter.com/3INmh2rNBi

Dellinger’s kick ended what was a wild, back and forth game between these teams. An early Jack Plummer interception set up a 19 yard touchdown run by Nakia Watson just 45 seconds into the game. Fortunately, Plummer settled in and connected with David Bell for TDs of 13 and 14 yards to give Purdue a 14-7 lead early in the second quarter.

As is typical for Wisconsin running backs against Purdue though, Watson went a little nuts. He finished the game with over 100 yards rushing and 50 receiving, plus three touchdowns. Kendric Pryor tied it with a 69 yard TD catch before Purdue went back in front on a 7 yard TD from King Doerue.

The last two minutes of the half we wild as Watson’s second TD made it 21-21 with 1:30 left, but Rondale Moore followed with a 10 yard score with 21 seconds left. A defensive breakdown on the final play of the half led to Pryor catching 51 yard pass from Jack Coan and a 28-28 halftime tie.

Things slowed down in the third quarter. After a defensive stop Wisconsin moved ahead on Watson’s third TD, but Rondale got loose for a 24 yard score to make it 35-35. Purdue then went back in front on Doerue’s two yard run with 6:31 left, but again, Purdue could not get a defensive stop. With 2:55 left Coan hit Jack Dunn for a 24-yard score and it was 42-42.

Plummer stayed hot though. He was able to work the ball down the field and runt he clock, getting into position for Dellinger’s game winner.

There were a lot of offensive stats in this one. Rondale had a monster game with 8 catches for 129 yards and two scores. He also had 211 yards on seven kickoff returns, twice breaking returns to midfield. The running game was held in check, but Plummer was 27 of 31 for 311 yards and 4 TDs. Payne Durham had six catches for 65 yards.

Defensively Dedrick Mackey had a big interception and a pass break up. George Karlaftis finally got loose for a sack, which came on the final play of the game.

On defense Mackey has an astonishing 8 interceptions, but remember, he had 4 alone in the Boston College game. Derrick Barnes leads the team with 60 tackles and had a fumble-six against Rutgers.

With Purdue at 9-1 and its only loss coming to Michigan there is a very good chance I will make the virtual Big Ten Championship game. You guys overwhelmingly voted Ohio State as the Big Ten East champion, so assuming I can win the next two games that who I will play.