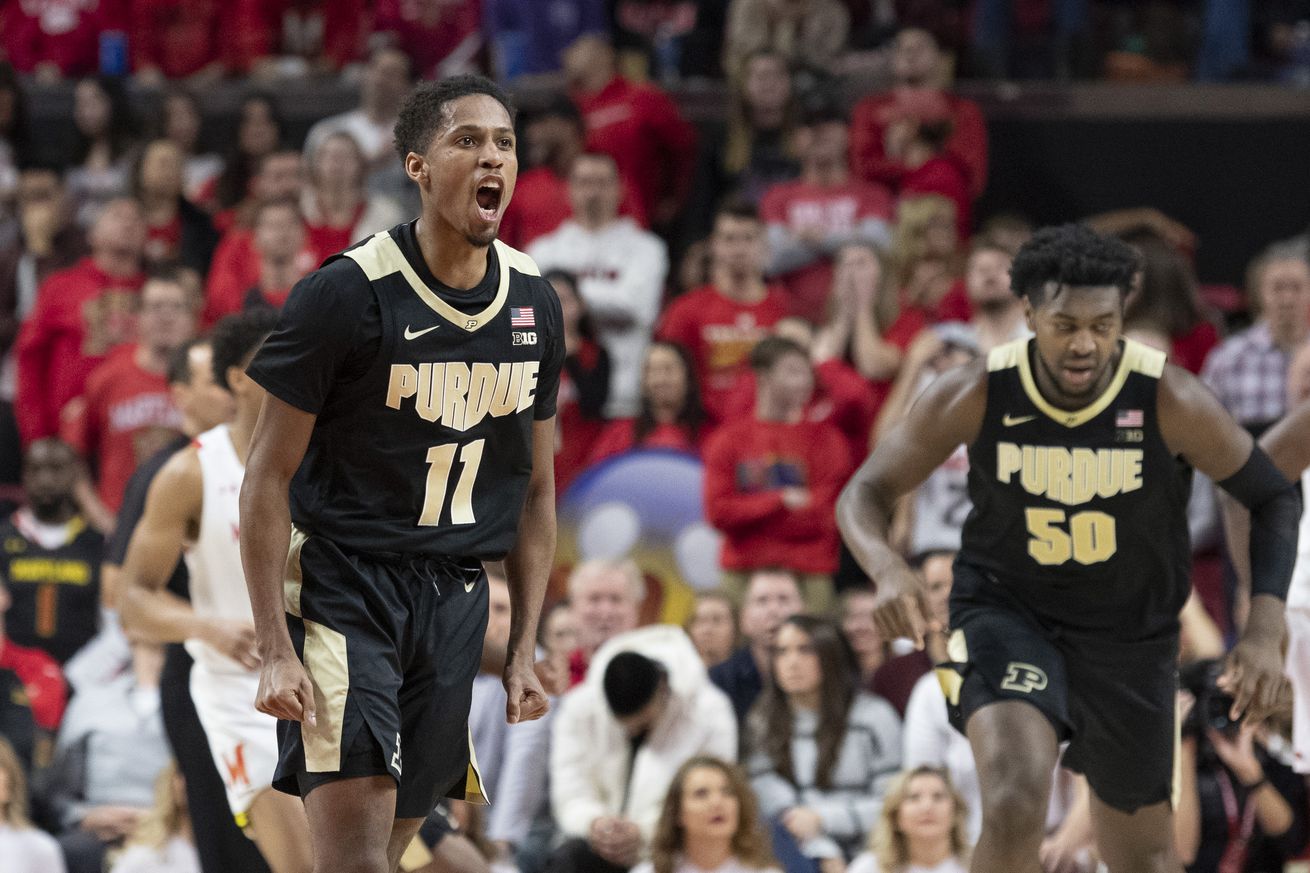 The sophomore guard will have a larger role this season.

In the chaos of a football Saturday yesterday we missed that it was supposed to be Isaiah Thompson until Purdue basketball. So even though today marks 10 days until tipoff, we’re giving Isaiah his deserved profile.

Sorry. We’re rusty around here because of COVID.

Isaiah is always going to be compared to his brother even though they are different types of player. Isaiah is more of a scorer and shooter than PJ, but both guys are solid, steady contributors that fit the Purdue mold and serve as excellent complimentary players to the team’s bigger stars.

As the only true freshman that played last year Isaiah found himself in a solid role off the bench. he played a little over 18 minutes per game and had some major bright spots. He had a career high 17 points on five threes against Chicago State. In Big Ten play he had 14 points at Michigan and in the win over Wisconsin and 15 in the loss to Penn State. He ended up shooting 36% from three, which accounted for 100 of his 164 field goal attempts. That’s about double what his brother had as a freshman.

With Eric Hunter Jr. now out for several weeks we could see Isaiah move into a starter’s role. He could also settle into the point guard spot while Ethan Morton gets up to speed. I see Isaiah as a great asset going forward. I don’t think he will ever be an all-Big Ten caliber player, but he is going to be a steady role player and a guy that can come in and get hot for a night where he hits 4-5 threes in a random game. For his Zionsville team he was bassically their Carsen Edwards at the high school level. asking him to do that in the Big Ten is a tall order, but is going to be a solid player for three more seasons. He knows his role, can get to the free throw line, and will play smart. There is always room for that.