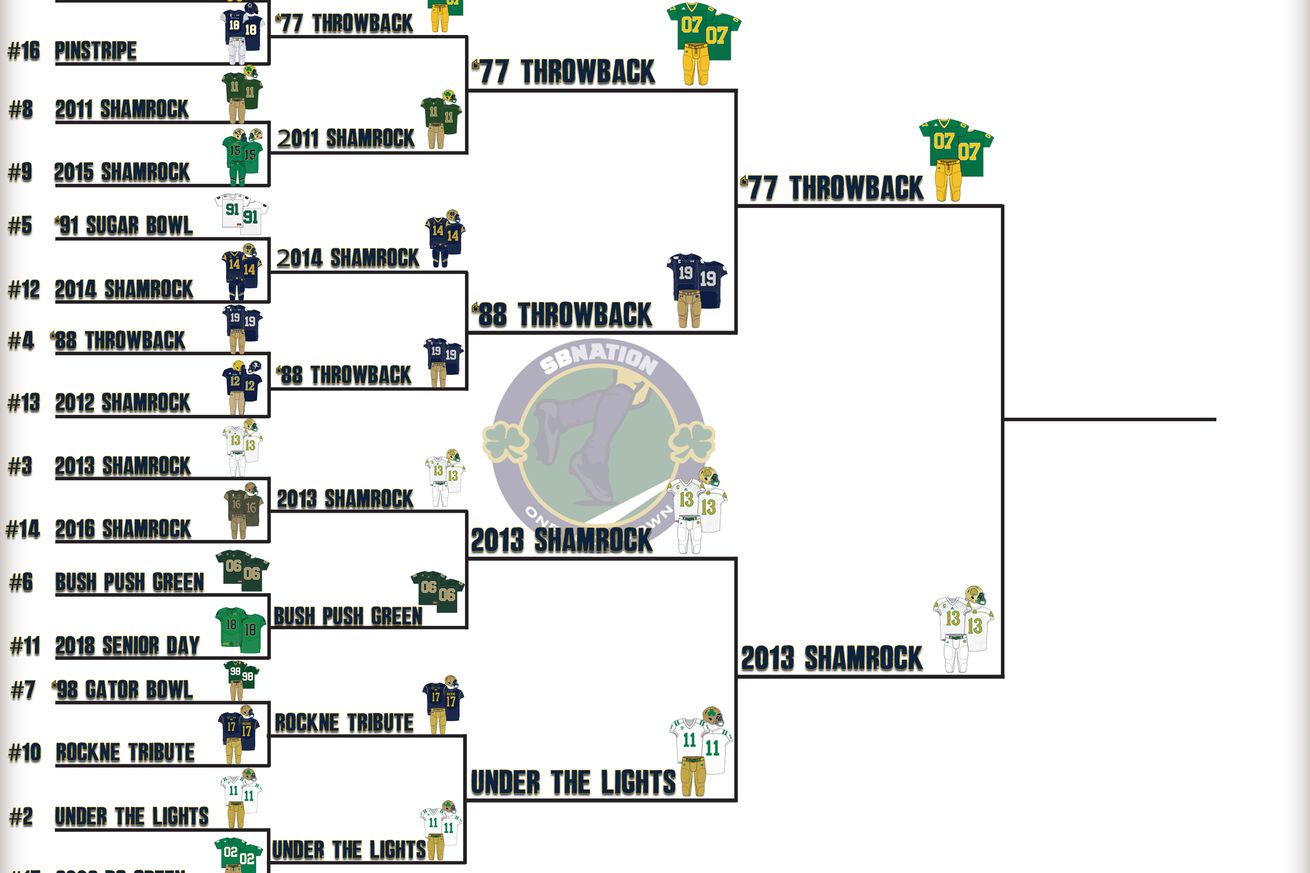 The people have spoken

There is a Notre Dame Fighting Irish football alternate uniform champion here at One Foot Down, and it was a well-earned victory.

While I personally prefer the 77 throwbacks, the people have spoken — and these uniforms really are awesome. Yes, they are incredibly clean from head to toe with their usage of green and a helmet that wasn’t too crazy — but it’s what they represent right now in 2020 that really makes them incredible in my book.

You see… these were what Notre Dame wore inside Jerry’s World which is the home of the Dallas Cowboys. The Irish didn’t belittle themselves to the point where they tried to look like the Cowboys (another legendary brand) as they did in 2018 when the Irish played the Syracuse Orange in Yankee Stadium, and tried looking like the New York Yankees. So… give these champions some respect for not selling their soul for nonsense.

Congratulations to those 2013 uniforms — and Adidas for what it’s worth. SB Nation will be doing a network wide celebration of uniforms the week of the 20th, so I’m sure we will heat up the fashion discussion even more when that time comes.