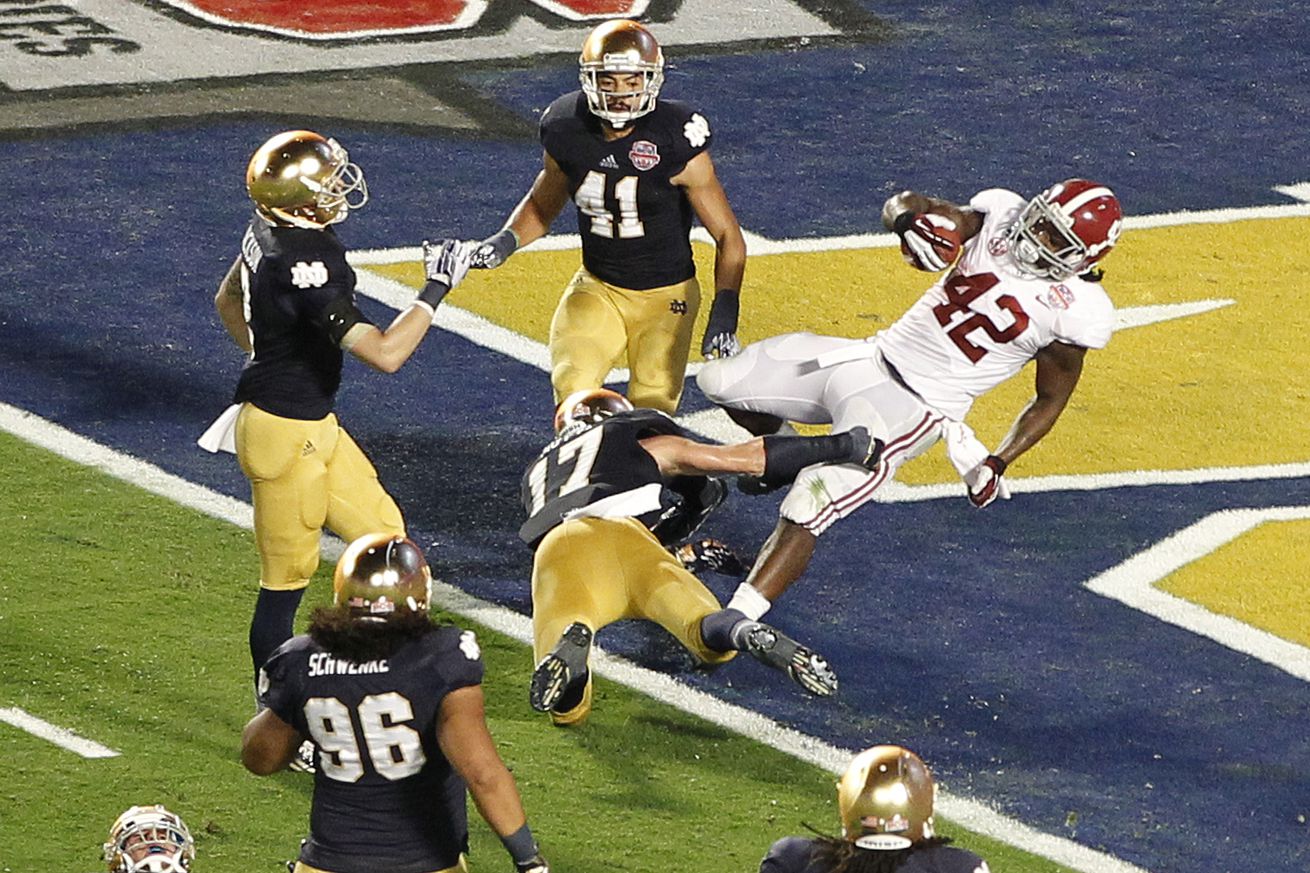 With the college football season in a chaotic state due to the coronavirus pandemic, the Notre Dame Fighting Irish have already lost 3 marquee games for 2020 with the Wisconsin Badgers, USC Trojans, and Stanford Cardinal because of a “conference-only” mandate from both the Big 10 and Pac-12. T

he schedule is going to be different, and it might include the Alabama Crimson Tide.

Alabama lost their game to USC in week one, so there is an opening for them right now.

Gary Stoken of the Chic Fil A Kickoff Classic said on the show that Notre Dame has been floated as a week one opponent for Alabama in South Bend, Tuscaloosa or Dallas…and there is a scenario that Virginia-Va Tech play in Atlanta if ACC/SEC goes “Conference +1” schedule

Notre Dame legend Brady Quinn has become part of the conversation as well, and say for fans to “not be surprised” if something like that happens.

“Don’t be surprised if you hear about a Notre Dame vs SEC team match up this year. One that is a historic rivalry!”
– @Brady_Quinn

The guys discuss who could it be? @TugCowart @HMason14 pic.twitter.com/rNcEvQ0OkF

Okay, that’s certainly something to get people’s attention. Here are a few thoughts:

IF the Irish were to play Alabama in a week one game, it would certainly be a WHOPPER of a morale boost for the season — at least as far as the lead-up is concerned. In a shortened season and with the 3 games lost on the schedule, adding an Alabama to your resume along with Clemson gives Notre Dame one hell of a strength of schedule boost.

As far as Notre Dame’s chances of winning are concerned… the first week seems like the best spot.

So what do you think? Do you want this matchup?