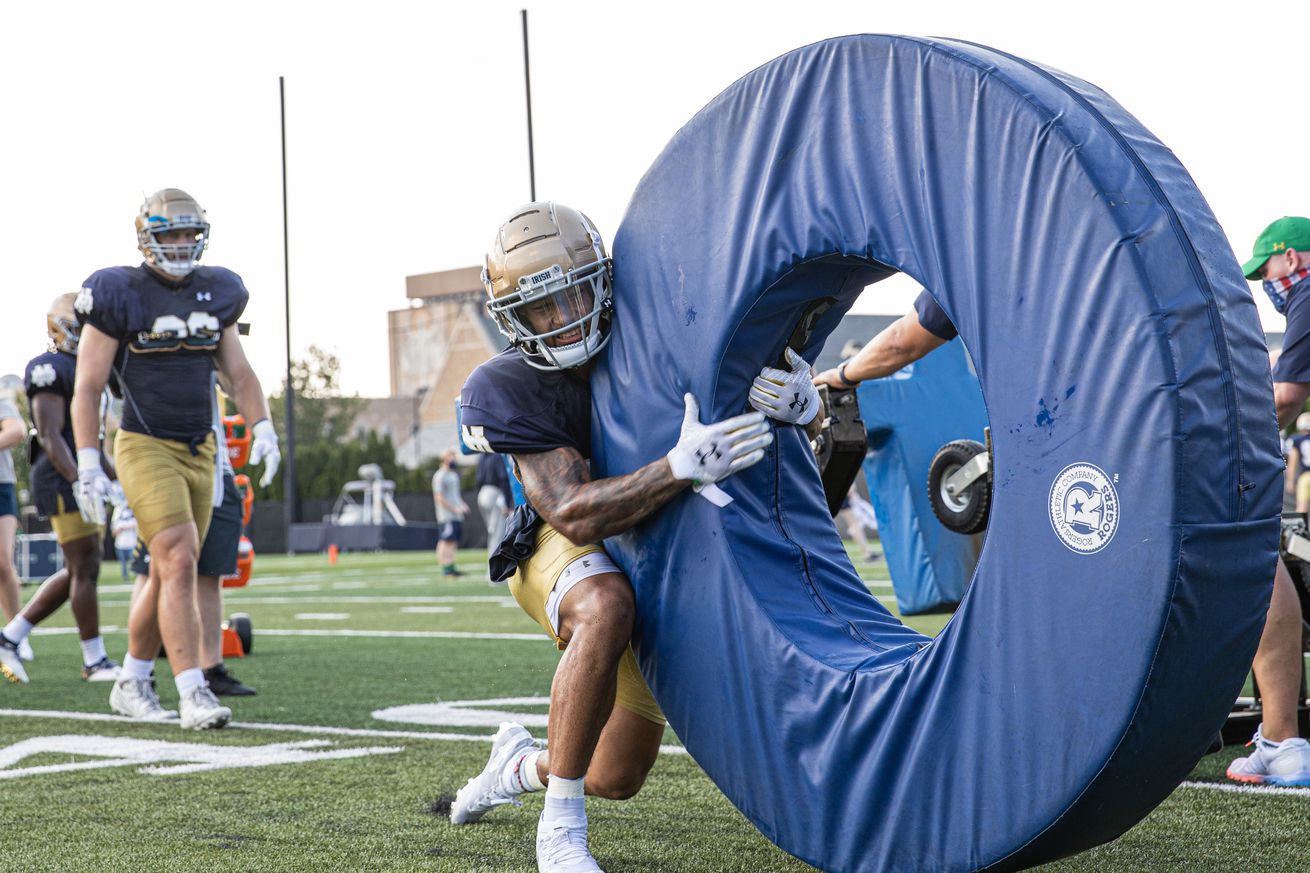 Practice for Thursday is cancelled

The Notre Dame Fighting Irish released the results of the new round of coronavirus tests for the football team.

The five new positive cases bring Notre Dame’s total to nine since they initially reported to campus in June.

The university has seen a massive spike in positive cases this past week and have blamed a couple of off-campus parties as the root cause. Because of the spike, Notre Dame moved to remote learning for the next two weeks and the football team cancelled practice on Wednesday. Practice scheduled for Thursday is also cancelled and the football team will return to practice whenever the medical staff gives the green light.

Obviously the identities of the positive cases will not be released due to HIPAA rules and just common decency.

KIND OF AN UPDATE

#NEW: Notre Dame’s top spokesperson Paul Browne says in a video statement that the campuses COVID-19 positivity rate peeked 48 hours ago after climbing “steadily.” After today’s numbers he says they’re “pleased to see the first possibility of the reversal of that trend.” pic.twitter.com/9qdHkga6HM