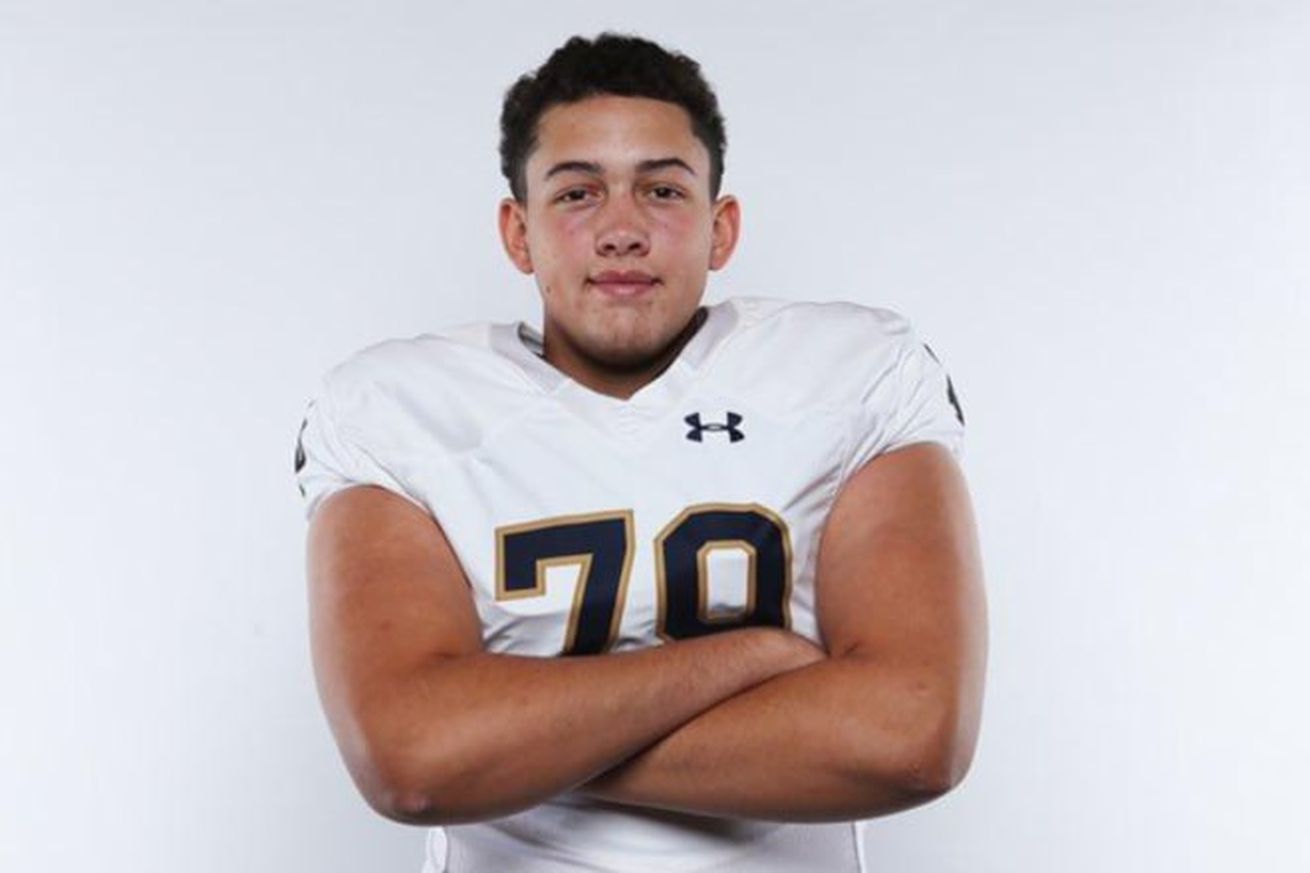 The young buck added to OLU

Tosh Baker comes to us from Scottsdale, AZ. He went to Pinnacle High School, and he was a pretty highly-touted recruit. We saw him commit to Notre Dame as a 4-Star offensive lineman. This was a big get for the Irish, as Baker’s recruitment was definitely national. Offensive line coach Jeff Quinn had a strong hand in getting Tosh to commit, which was an awesome job. Tosh Baker joins the ranks of some extremely strong O-Lines. Notre Dame isn’t usually considered for O-Line U every year for no reason.

This of course is high praise coming from me, but I could predict Tosh living up to Q’s name. If you look at Tosh’s highlights from high school, he was a bully on that left side of the line, and it was awesome. Tosh could build himself into something as great.

Tosh Baker was not an early enrollee, so he did not even get the very limited reps in for the 2 minutes of spring ball we saw before the Rona hit. However, he is bringing a lot of skill to the offensive line. That unit is still pretty solid with a lot of experience, so Tosh could still wait his turn a bit. However, with the right preparation in practice, coaching from Jeff Quinn, and strength from Balis, we could see Mr. Baker be a total menace on the line in another season or two.