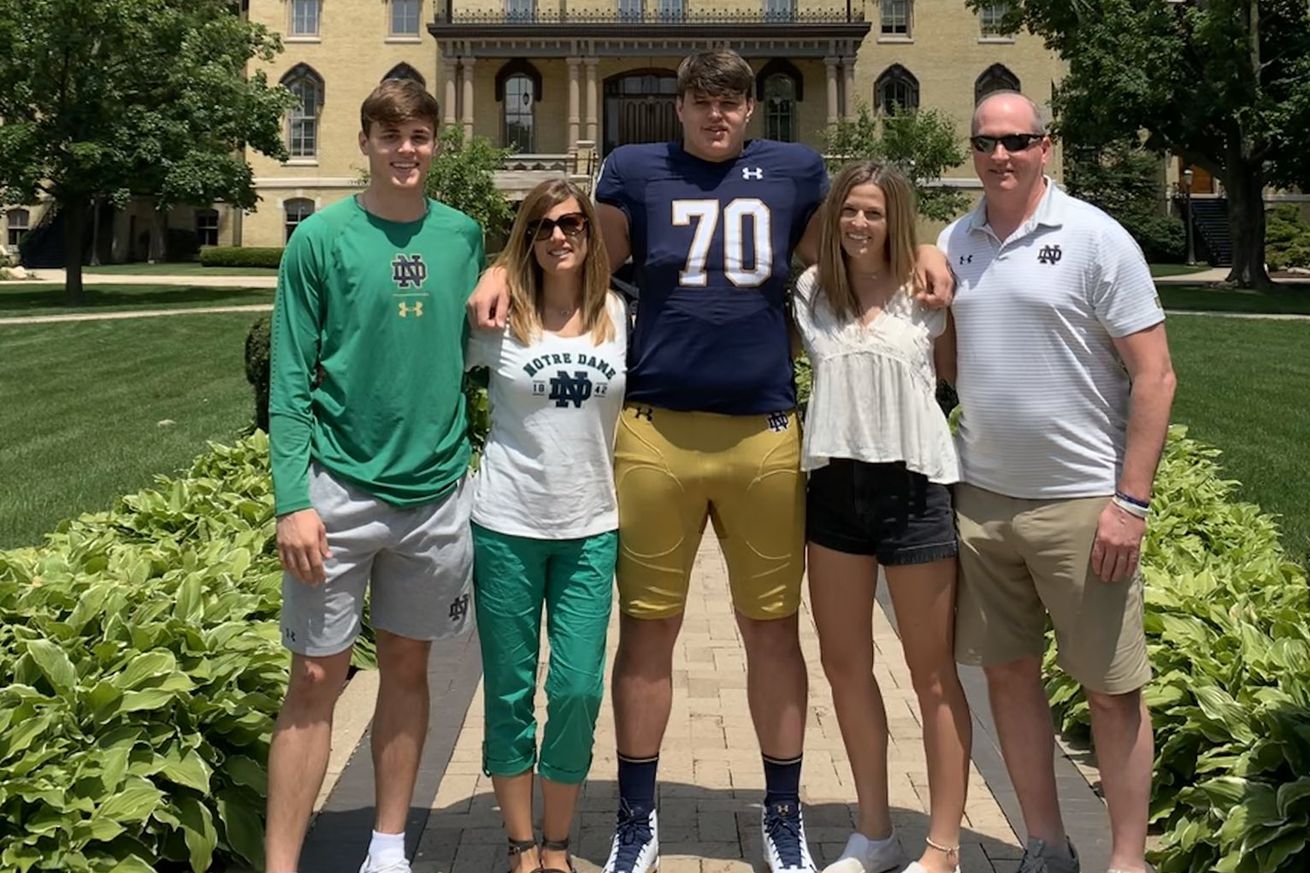 Likely to Redshirt in 2020, Carmody has the Potential to Vie for Starting Tackle Position in 2021

Michael Carmody committed to the Irish on June 16, 2019. He selected the Irish over offers from Texas A&M, Miami (FL), Michigan, Penn State, and Wisconsin, among others.

Carmody held a consensus 4-star rating as a recruit. Per 247Sports Composite Rankings, he was the 2nd best player in Pennsylvania, the 14th best offensive tackle, and 145th best overall player in the class of 2020. His hometown is Mars, Pennsylvania, and he attended Mars Area High School. He currently stands 6’ 6’’ and weighs 292 pounds. His brother, Robby Carmody, is a member of the Notre Dame Basketball team.

During his senior year of high school, Carmody played offensive tackle, helping his team average 231 yards rushing per game. He garnered first-team All-State honors as a senior. Carmody was selected as a U.S. Army All-American and received an invitation to play in the Polynesian Bowl.

Orcas are known to live in small, tight-knit families, known as pods. These animals are enormous. Males range in size from 20-26 ft and weigh between 8,000-12,0000 pounds. Possessing rare speed and agility for an animal its size, orca whales are considered apex predators. Like these incredible animals, Carmody elected to stay close to his brother and attend Notre Dame. Speaking of size and agility..

With all 5 starters returning in 2020, there is very little chance Carmody will see any meaningful game action. At most he may see mop-up duty in a game or two to give him a taste of college football. The most important aspect of the year will be his development in the weight room.

Carmody’s eye should be on 2021 when at least 3 starting positions will be open along the offensive line. Brian Kelly has shown a willingness to insert underclassmen into these roles, and Carmody may have the right blend of athleticism and size to make a run at one of the starting positions.