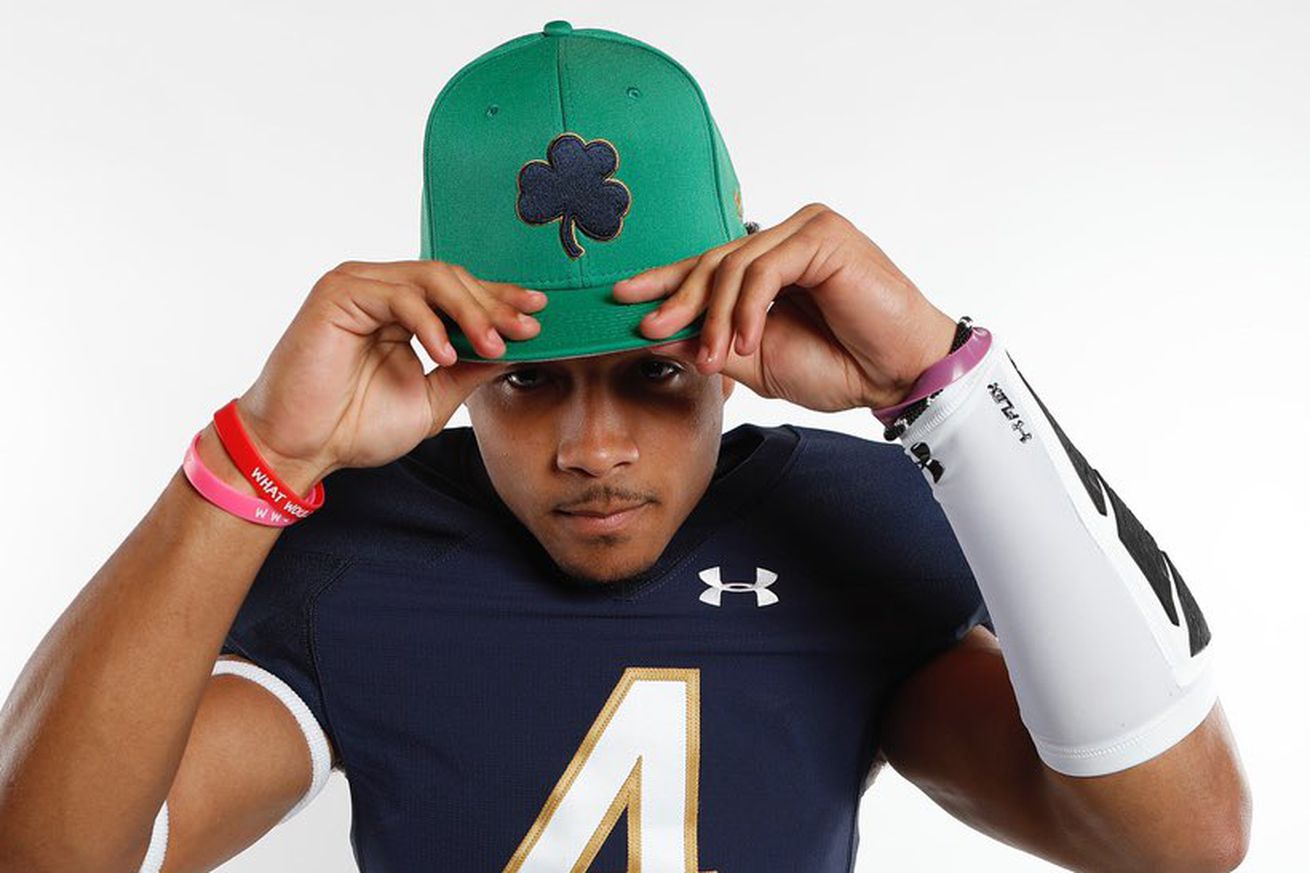 Chris Tyree hails from Chester, VA, and he was a BIG recruit and commitment for the Irish. He had flirted with the line between 4 and 5-star status during his recruitment process. He had a 5-star rating for a while, but he ended a 4-star. Regardless, he was one of the most sought-after running back recruits of the 2020 class. He chose Notre Dame over the likes of Alabama, Oklahoma, and Penn State. Notre Dame solidifying the commitment of the nation’s top rated all-purpose running back was absolutely incredible. When we reported on his verbal commitment from May of 2019, there was mention of his insane 4.38 40 time. Chris Tyree is a speed demon, and this is just excellent.

Chris Tyree is very very speedy. As we all know, Rocket of course was speedy hence his nickname. I think Chris Tyree could lead up to his hype, and his speed/skill could rival that of Rocket’s.

Chris Tyree is a true freshman for this coming season. However, there will probably be instances where we see him playing a fair amount. He is farther behind in experience to Jafar Armstrong, Jahmir Smith, and C’Bo Flemister. But, if his prowess is truly there, I mean he’s going to help the running backs with his speed. He actually could be the shot in the arm that the running backs need this season. Jafar Armstrong was good last season, and he is still chasing greatness. The others are in that same boat. Tyree might be the one to bring the whole running backs platoon to greatness. I’m very excited to see how Chris Tyree fits into the offense, and I will probably lose my mind at his speed just like we all have for Braden Lenzy.